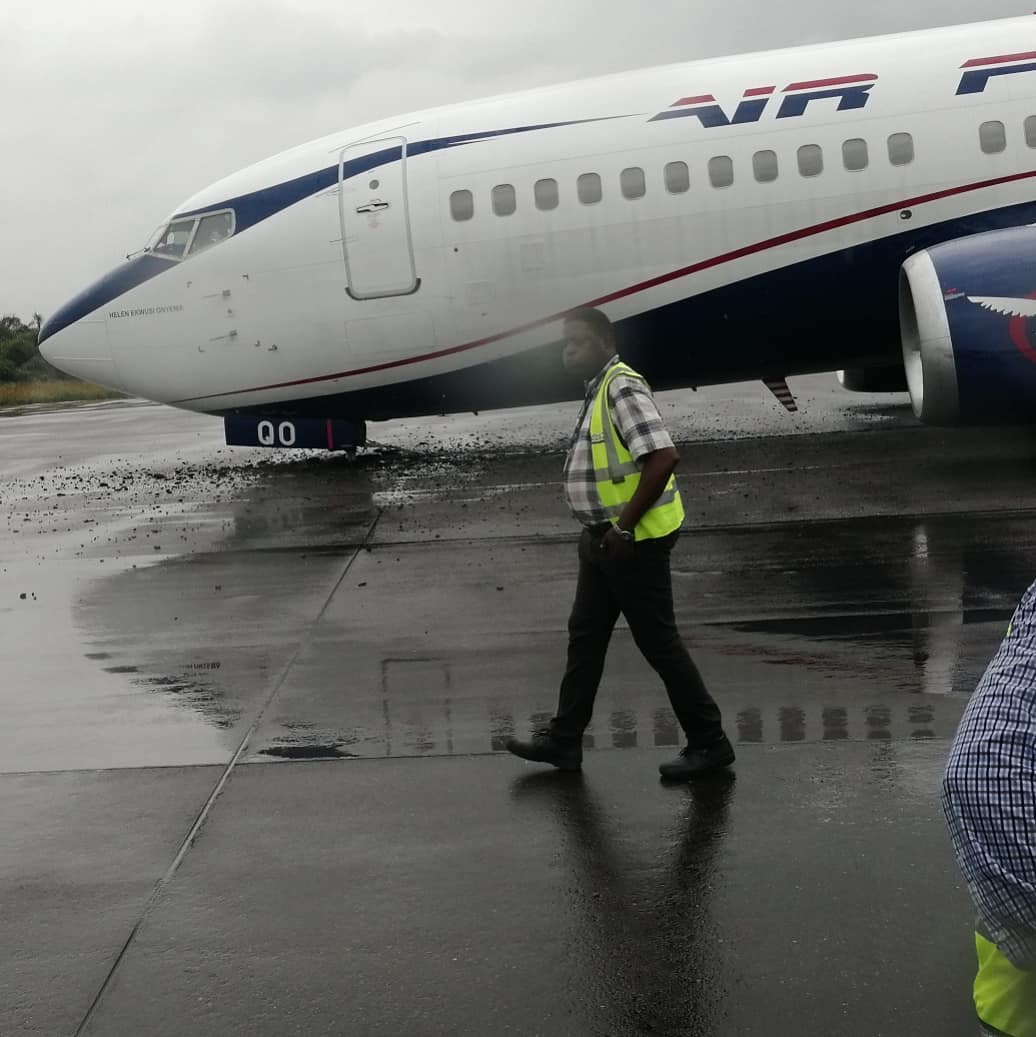 An Air Peace aircraft on Tuesday made an emergency landing and was partially damaged after it experienced difficulty landing at the Murtala Muhammed International Airport, Lagos.

The Boeing 737 aircraft, from Port Harcourt, was said to have experienced turbulence due to the weather and the pilot reportedly requested a longer runway, where it eventually landed.

The airline while confirming the incident, said the pilot, Captain Simisola Ajibola noticed a sudden weather changes when approaching Lagos and demanded to land on the international runway as it is longer and wider than the domestic runway.

“After landing safely and rolling to the runway exit, the nose gear developed a problem and partially collapsed. The crew notified the airport authorities who quickly ensured the safe disembarkation of the passengers,” the airline said.

A passenger on the aeroplane said on Twitter that attempts by the pilot to douse tension proved abortive.

Tweeting with the handle @Ariellafitness, the Twitter user wrote, “As we arrived in Lagos on Air Peace, the pilot announced that we will be landing at the international tarmac because of visibility issues.

“Some minutes later, it seems the plane started to nosedive quickly. But the pilot applied control, it picked up speed and then bang! We dropped from the sky to the hard ground and the ceiling of the plane dropped, children were crying.

“The pilot informed that she can’t estimate the damage, however, that the plane lost its both tyres. That she had signalled for an evacuation. She kept working hard, though unsuccessfully, to calm agitated.

“They said they were waiting for the tow truck to tow the vehicle from the international tarmac to the local. I got my inhaler ad we awaited emergency rescue. They came 52 minutes later. Nigeria’s response time! We for don (sic) burn finish if not for God! Praise God for us. He averted what could have been a tragic plane crash.”

Confirming the incident to our correspondent on the telephone, the Spokesperson for the Federal Airport Authority of Nigeria, Hetty Yakubu, said the matter had been brought under control.

She said the Accident Investigation Bureau had already begun probing the matter but argued that it was not as serious as was reported on social media.

She promised to issue a statement on the matter soon.