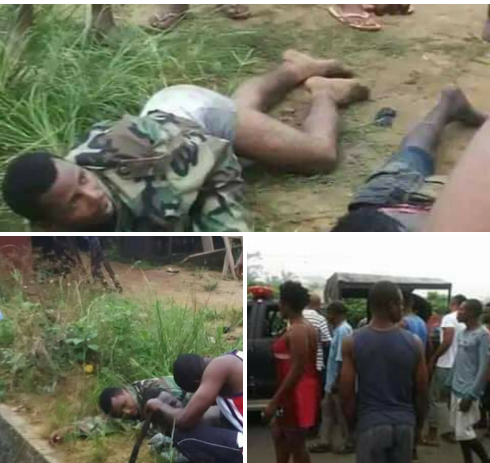 Fresh facts have emerged on the infamous role the Nigerian Police played in perfecting the plans for the foiled attempt by Five sacked lawmakers of the Akwa Ibom State to illegally hold a sitting in the House on Tuesday November 27, 2018.

Our correspondent gathered on good authority that as part of the preparations to ensure that their illegal sitting scheduled for Tuesday, November 27, went as planned, the five sacked Lawmakers had mandated the sacked Member representing Ikono State Constituency, Mr Victor Udofia to hire assassins who will stand with their police orderlies to repel any possible interference by authentic members of the Akwa Ibom State House of Assembly when they arrive the Assembly complex for the day’s sitting.

Luck however ran out of the hired assassins as they were intercepted and arrested by men of the Joint Task Force and were taken to the Special Anti-robbery Squad (SARS), Unit at State Police Headquarters in Ikot Akpan Abia where they were detained for thorough interrogation.

But in a swift turn of events, the O.C in charge of Quick Response Team in Akwa Ibom, Abdulkareem Suleiman immediately arrived at the SARS unit and gave directive for their immediate release and escorted them out of the Police Headquarters in a bus to an unknown destination.

Our top Police Source who spoke to our Correspondent on conditions of strict anonymity disclosed that the assassins 9 Ak 47 rifles and 2 pistols were recovered from the assassins on their arrest.

The top police source further confided in our reporter “Our men in charge of interrogation had barely started extracting confessions on motives and accomplices from them.