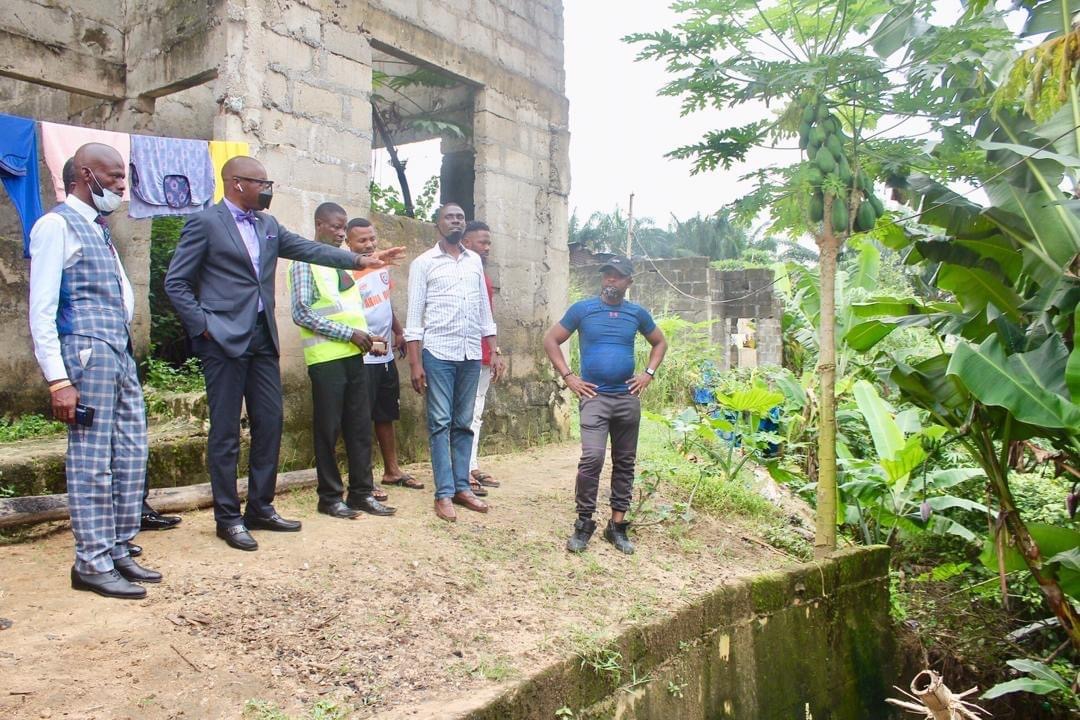 The Akwa Ibom state government has again assured that it will expedite actions to ensure lasting solutions to erosion menace at Asutan Street, Uyo Village Road and surrounding communities in the state capital.

The Commissioner for Environment and Petroleum Resources, Sir. Charles Udoh who made these known on Monday in Uyo while paying unscheduled visits to some gully erosion sites in the area, appealed to the Federal Government and donor agencies to raise funds to support the fight to curb the menace in the state.

Affected individuals in erosion prone spots were urged to relocate immediately for safety of their lives and properties, while government seeks ways to ameliorate their sufferings.

Sir Udoh noted that most of the erosion related problems in the state are caused by human activities which include dredging of sand, digging of burrowed pits by construction companies, dumping of refuse and sachets in the gutters and erecting buildings on the water ways.

He cited a case of Etim Umana gully erosion site where Government has spent billions of naira but people are sabotaging by building and farming on the slop and further stated that such illegal structures will be demolished by the government.

The gully erosion sites visited by the commissioner were Asutan street, Ikpa Road and Uyo village Road by Ibom Blue science and technology park project site, and was accompanied by director of flood in the ministry, Mr. Okon Effiong

Earlier one of citizens of the area Hon. Idongesit Henry thanked the Commissioner for the prompt visit to the erosion site and pledged the community’s readiness to cooperate with the Government in effort to salvage the area with the flood.

Another citizen of the area Mr. Austin Itong said the problem of the area was not as result of human activities but because of the run off channelled by construction companies handling roads in the area, and that lots of buildings in the area have approval from the state government.

He appealed to government for palliatives to the residents to cushion the effects of their challenges.