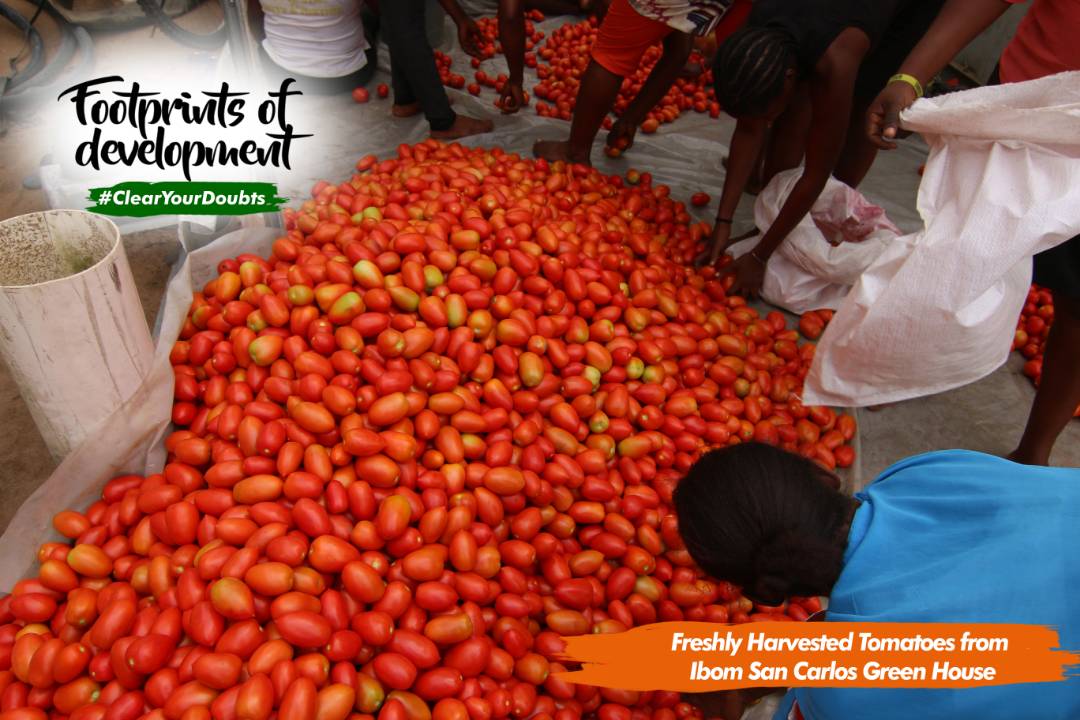 There is greater hope for rural and urban dwellers in Akwa Ibom to eat 3 – square meals daily, or at least feed properly. This is due to the plethora of food security production initiatives and Agricultural development programs by the Government of Akwa Ibom State under Governor Udom Emmanuel. Interestingly, Akwa Ibom is the largest producer of vegetable in Nigeria.

The Governor is pivoting food revolution that would make food available and affordable to every home in the state. Food is a basic human need, in addition to shelter and clothing. No man can live without food, and proper feeding engenders a healthy and productive population.

In Nigeria, Agricultural policies such as the Operation Feed the Nation of 1976 and Green Revolution in Nigeria were parts of the Fourth National Development Plan in April 1980. These policies helped tremendously in boosting food production in the country since independence. But the challenge of producing enough food to feed the populace remains a mirage due to policy summersaults by successive administrations in Nigeria.

Akwa Ibom state under Governor Udom Emmanuel has become a model in food production. The aim is to attain food security for its teeming population. This is in line with Goal 2 of the United Nations Sustainable Development Goal which is ‘to end hunger, achieve goof security and improved nutrition to promote sustainable agriculture’.

Through a conscious, bold policy and strategic insights, the state has formulated and implemented policies capable of engendering food sufficiency and security. For instance, 2 of the Governor’s 5-points Agenda are wealth creation and poverty alleviation. In this regard, His Excellency sees agriculture as an alternative to the oil economy. In this regard, the government has empowered the Akwa Ibom Employment and Enterprise Scheme (AKEES) to engender agro -businesses . That has made tomato, cocoa and coconut plantations to evolve in the state. For instance, tomatoes produced in Akwa Ibom by of AKEES has flooded the markets, making it unnecessary for traders to travel to the Northern part of the country or anywhere else to buy the product.

The Government, in partnership with a foreign private firm has also established a Green House for boosting the production of Tomatoes and other vegetables in the state. A Green House is a building, Usually, chiefly glass in which the temperature is maintained within a desired range, for the cultivating tender plants or growing plants out of season.
The Green house, which is located by the gate of Ibom international Airport on 10 hectares of land, would enhance the cultivation of vegetables, and according to Governor Udom Emmanuel “would serve 50 percent of the state’s tomatoes needs”.

Therefore, Food production and security in Akwa Ibom is inextricably linked with wealth creation. The evolving tomatoes and vegetables farms have created hundreds of direct jobs for the youths and women in the state. What this implies is that poverty is reasonably alleviated in the while wealth is created for these families.

Governor Udom Emmanuel has brought a new consciousness- to rethink how the people grow and offer key solutions for development aimed at eradicating hunger and poverty. The state inspired CoconutRefinery would also create a sustainable economy and industrial base in the state.

Speculatively, it is believed that the refinery would create over 5000 direct and indirect jobs, since coconut has over 300. This is more so because confectioneries, pharmaceutical and cosmetics producers would benefit immensely from this ‘new black gold’. Coconut has over 250, meaning that these firms would be producing different products with from. This again, is an idea driven by a careful and deliberate development strategy and thoughtful blueprint.

Recently too, Governor Udom Emmanuel established and commissioned Cassava Processing Plants in all the Senatorial Districts. Resultantly, garri production in the state has been tripled, while the cost has astronomically reduced. A garri trader in Akpan Andem Market, Mrs. Veronica Dennis described Governor Emmanuel’s vision in this regard as unprecedented. ‘We have never had it this good the processing plant our Governor built in Eket has brought about increased production and drastically reduced the price of the commodity…’.

Her opinion was corroborated by one Anthony Akpan who admitted that he recently joined well -meaning Akwa Ibomites to buy garri at an exceedingly low price at the secretariat, in a Programme organized by the Special Assistant to the Governor on Trade Matters.
‘This gesture by our Governor of investing in food production has really helped the common man like me. Garri was gradually turning into an elitist food due to rise in price but I think with this new focus by the state government, things are getting better. May God bless our Governor?’

It is gratifying to note that about 50 percent or half of Garri Trader who used to travel as far as Benue, Delta and Edo States now take advantage of this increased production of Garri in the state, they have also doubled their purchase and are making impressive turn over. The multiplier effect of the food revolution is that the Governor has created an Agro-driven economy, capable of complementing and possibly substituting the oil/ petroleum economy.

Agro-business being the yardstick of the South -East Asian miracle would create a tremendous number of jobs in the state and will reduce pressure on the civil/public service.
An academic researcher in the University of Uyo, Celestine Udoh, has shown that in the last 24 months, more agro -based businesses have been established in Akwa Ibom than in any other part of the country, thanks to the ingenuity of Governor UdomEmmanuel.

Agriculture is the single largest employer in the world, providing a livelihood for 40 percent of today’s global population. Governor Udom Emmanuel’s vision is to make Akwa Ibom an equal player in the global division of labor and globalization process of income creation and sustainable livelihood.

Uwemedimoh Umanah, a Special Assistant to the Governor of Akwa Ibom State on Media, writes this piece from Uyo