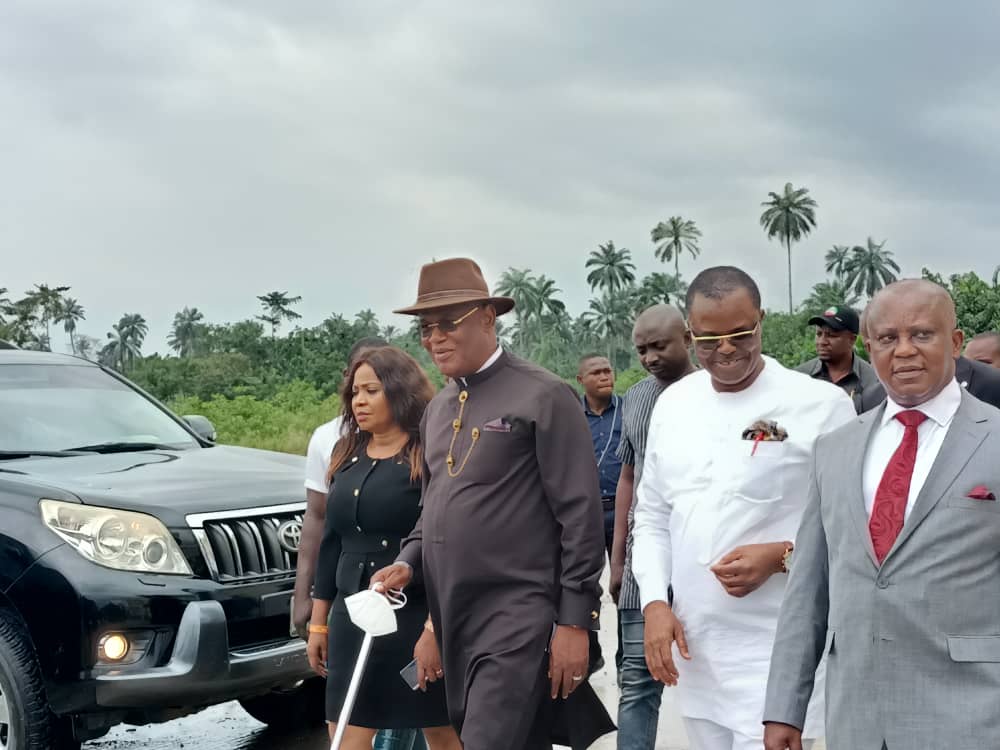 Governor Udom Emmanuel of Akwa Ibom State has stated that his administration would not leave any stone unturned in ensuring that the State-owned University was given all that was necessary for a tertiary institution of its status in the country.

The governor gave the promise earlier today when members of a visitation panel, set up to look into some challenges the institution may have faced in recent times, had an interface with management of the institution.

Governor Emmanuel further assured that no internal or external challenges would be strong enough to stop the government’s lofty objectives and commitment to making the school a cynosure of all eyes.

Speaking through the Chief of Staff to the Governor (CoS), Akparawa Ephraim Inyangeyen, who is also the leader of the Visitation Panel, the governor reminded the management of the school of the vision of the founding fathers of the institution and why the government cannot fold its arms and watch the school being swallowed up in avoidable crisis.

The Chief of Staff said the essence of the visit was not to probe the management of the institution as there was no reason for such but to put heads together, spot out grey areas with utmost sincerity, and plot the way forward towards finding a lasting solution to what appeared to be recurrent challenges the institution has faced, which of course have come to the notice of the government.

“As a clear show of personal concerns for the State-owned University in particular and his love of quality education for Akwa Ibom people, His Excellency, Governor Udom Emmanuel, set up this Visitation Panel with a special mandate. The main aim is to rub minds and find lasting solutions to some challenges this institution has faced in recent times. So we are not here to probe anybody or do anything beyond our terms of preference”.

Akparawa Inyangeyen reminded the management that nothing much could possibly be achieved both on the part of lecturers and the students in a situation of persistent crumbling, distortion in the academic calendar, and the general spirit of discontent amongst staff even over issues that could be sorted out amicably with little show of understanding on the part of all those concerned.

Welcoming the panel and responding on behalf of the institution’s management, the Vice-Chancellor, Professor Nse Essien said he was delighted by the visit of the panel which, according to him, was a practical show of the government’s genuine interest and express commitment to the growth of the school. He specifically thanked the governor for having set up such a credible team of stakeholders to work with him and management to iron out matters.

Governor Emmanuel is represented on the Visitation Panel by the Commissioner of Education, Mrs. Idongesit Etiebet. Other members of include Head of Service, Mr. Effiong Essien; Commissioner of Information and Strategy and that of Labour and Productivity, Barr. Ini Ememobong and Mr. Sunny Ibuot respectively; representative of the Accountant-General; and Permanent Secretary in the Ministry of Finance who serves as Secretary. The private sector is represented by the Proprietor of Topfaith Schools/University, Dr. T. Abraham.

Our reporter recalls that, in recent times, the Akwa Ibom State University has witnessed series of crises including frequent and prolonged industrial action by teaching and non-teaching staff; students’ protests, etc. Hence the setting up of the panel by Governor Udom Emmanuel.