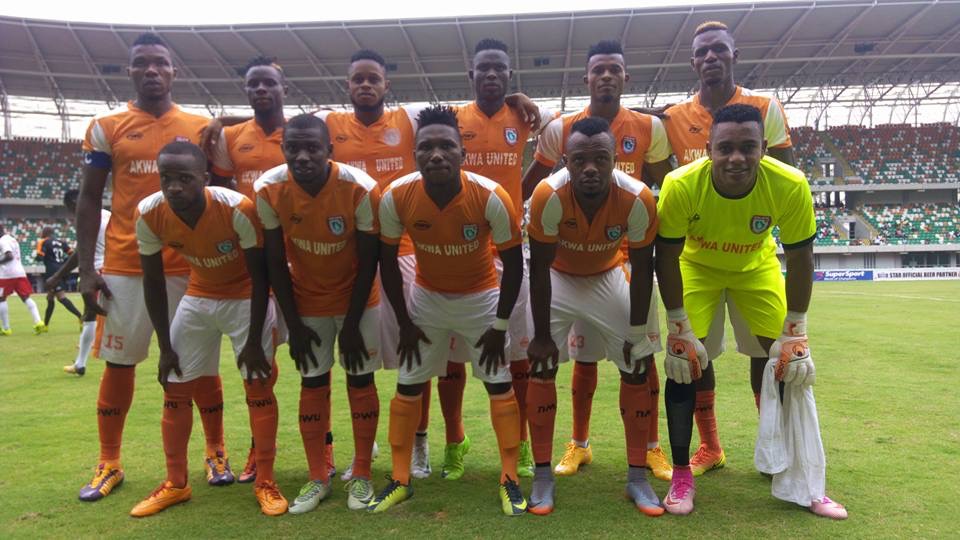 Akwa United went down 2-0 to Katsina United in a rescheduled NPFL match day eleven game played at the Muhammadu Dikko Stadium in Katsina on Thursday.

Two first half goals from Usule Martins and Destiny Ashadi handed the hosts all three points and moved them into the top half of the log.

Akwa United went into the match with the hope of picking all three points which would have been enough to return them to the top of the log on goal difference; but it was Katsina United that took the lead in the 7th minute through Usule who headed home Tasiu Lawal’s cross.

The early goal unsettled the Promise Keepers as they struggled to stamp their authority in the game. After taking the lead, the hosts took control of the game and put their visitors under pressure with persistent attacking play.

The home team extended their lead in the 34th minute of the game when Destiny Ashadi dazzled his way into Akwa United‘s box before releasing a powerful drive beyond Ojo Olorunleke.

Katsina United’s dominance restricted the Promise Keepers from making any meaningful attempt at goal in the first half.

The second half witnessed an improved showing by the visitors although getting goals was a difficult task.

Coach Aliyu Zubairu made three substitutions in the second half. Michael Ibe, Katoh Haggai and Musa Newman replaced Amaechi Orji, Christian Pyagbara and Ifeanyi Ifeanyi respectively but the substitutes’ efforts amounted to nothing as they suffered their fourth defeat in six away matches.

Despite the defeat, Akwa United remain second on the log, three points behind leaders Lobi Stars while Katsina United move up to 6th on the log on 20 points.