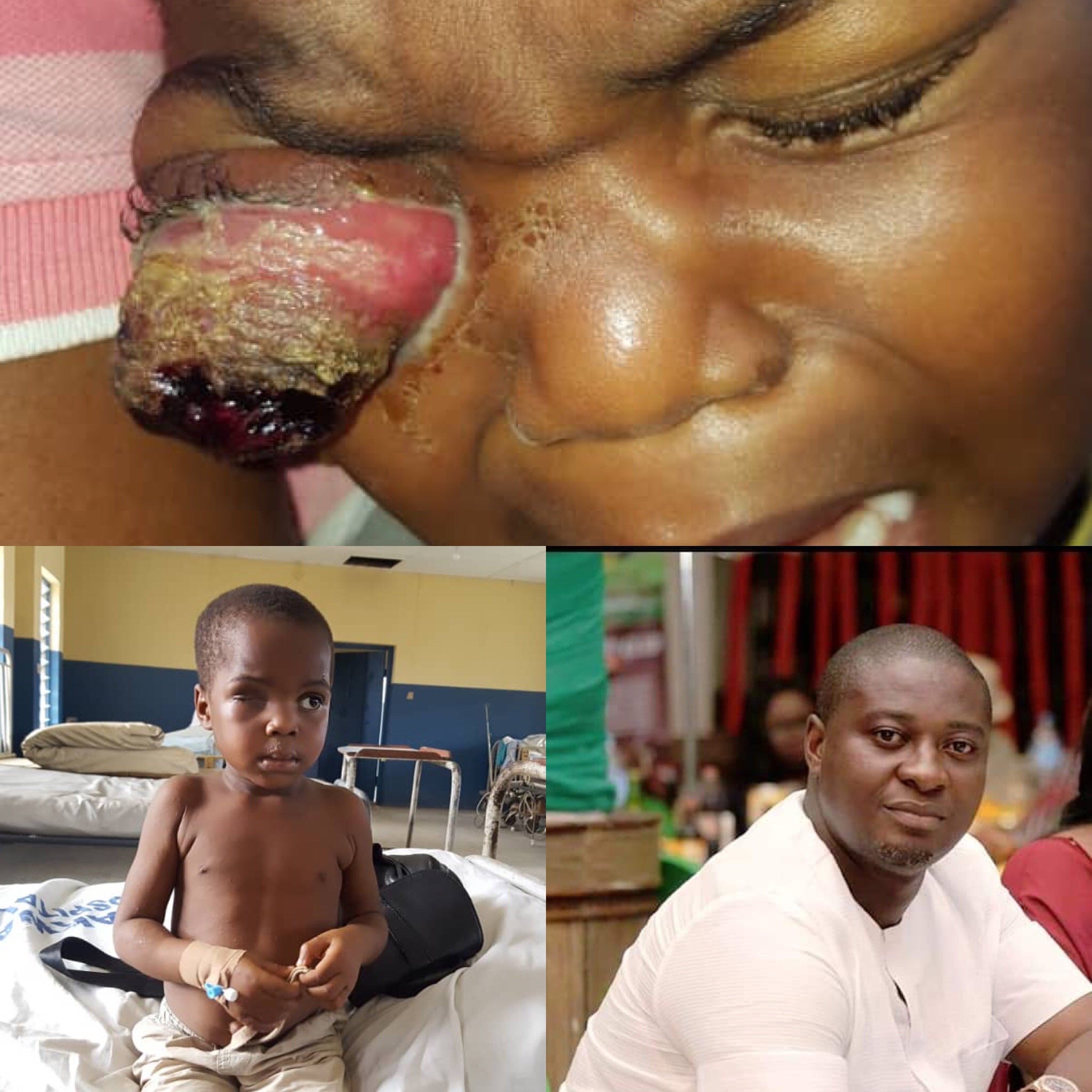 Frank Archibong, A’Ibom ALGON chairman has sponsored the surgery of a 3year old Emmanuel Akaniyene who hails from Etinan LG and was diagnosed of chronic eye cancer.

Emmanuel who was abandoned at the facility of the NGO, Child’s Right And Rehabilitation Network (CRARN) by the parents for lack of financial capability in Eket LGA, is reported to have suffered the ailment for over 1 year.

It was gathered that Emmanuel was brought to the funeral home of the late Engr. Archibong, brother to the ALGON Chairman, by the Eket Coordinator of the NGO facility, Mrs. Elizabeth Akpan in a life threatening situation.

She stated that despite the grieving and mournful state of the Eket First family then, Mr. Archibong who doubles as the Eket council boss doled out the sum of N.4m for the immediate surgery and rehabilitation of Emmanuel.

The surgery according to Elizabeth was successfully carried out at Mercy Hospital in Abak LGA of the state.

Elizabeth made it known that due to the severity of the ailment and the fast spread of the cancer, Emmanuel has been kept in the hospital to undergo chemotherapy.

In their remark, the non-governmental organization (NGO), Child’s Right And Rehabilitation Network (CRARN) through it’s founder, Mr. Samuel Itauma, while conveying the message of appreciation in a phone interaction with our correspondent, described Mr. Archibong as an archetype of a responsive leader, who feels the pulses of the people.

Mr. Itauma stated further that there is no better way to impact humanity than investing in the health of the people which is the wealth of the society, urging people in government to mimic the kind gesture of Mr. Archibong.

” This is the true essence of leadership”

“When a leader invest in education, health and job creation then you can confidently say you have a leader and Frank Archibong is one of them”. He said.

The Child’s Right and Rehabilitation Network, founded in 2003 with a mission to reduce the alarming rate of street abandoned children and ensuring their rehabilitation and reintegration into the society, has aided in changing the stories of many Nigerian children.

Mr. Itauma also called for Partnership from government agencies, Non-governmental organization’s to further aid in protecting child rights and to encourage a better living for children in their care.
…………………………………………………..