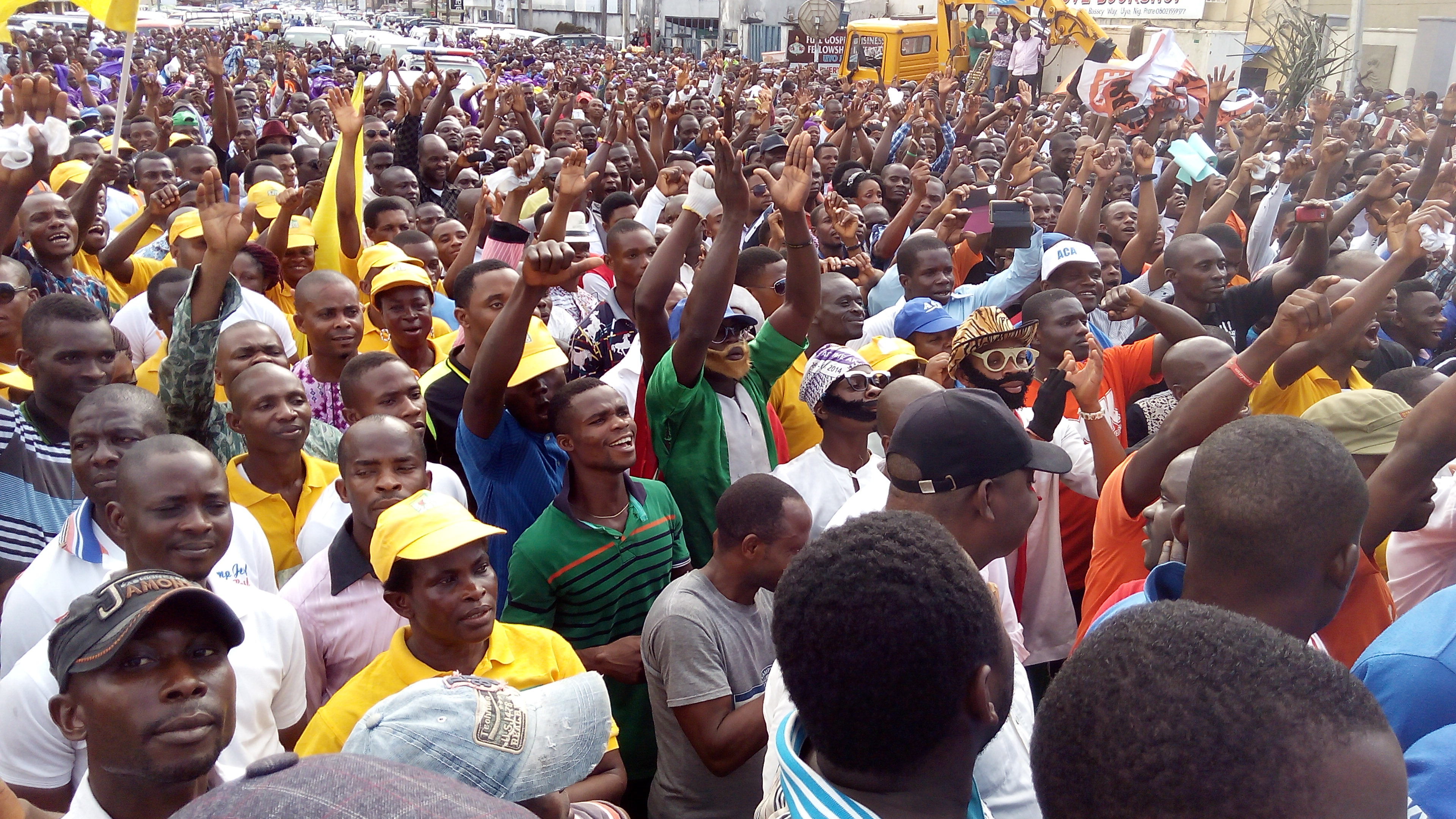 Today, several hundreds of thousands, if not millions, of indigenes of Uyo Senatorial District will converge on the famous Uyo Township Stadium to take a definitive stand on the Governorship election in Akwa Ibom state in 2019.

The event is the Mega endorsement rally put together by the people of the district in honour of Governor Udom Emmanuel.

For some reasons, Uyo Senatorial District has continued to occupy a significant pride of place in the political equation in Akwa Ibom State. With the seat of power located at the heart of the Senatorial District, politicians irrespective of partisan leanings and pundits alike have come to see this senatorial district as the heartbeat of the State.

Today’s mega endorsement event by the people of Uyo Senatorial district could have been triggered by some far-reaching socio-economic and political reasons.

From a socio-economic perspective, it could be safe to wager that the decision of the people of Uyo Senatorial District to endorse Mr Udom Emmanuel for a second term as the occupant of the State’s Hilltop Mansion is predicated on the socio-economic benefits the people have reaped from the Governor’s projects which dot the entire landscape of the district.

From education, health, to sports, and even the industrial sector, Uyo Senatorial district has enjoyed a fair share of the projects, interventions, and programmes that the Governor Emmanuel-led administration in the state has brought to the state within the period of its two years and 11 months existence.

In the healthcare sector for instance, it is on record that a hospital in Uyo Senatorial district – the St Luke’s Hospital was the first to benefit from the ongoing and result-oriented drive of reconstructing and reequipping of hospitals in Akwa Ibom State by Governor Udom Emmanuel.

Governor Emmanuel’s decision to turn his attention to the famous and strategic Saint Luke’s hospital Anua earned for the hospital a brand new Gynecology Block named after Dr. Ann Ward, an Irish female gynecologist and Reverend Sister who once worked in that hospital. Although this health facility is not owned by the Akwa Ibom State Government, that outing by Governor Emmanuel at that hospital also gave the hospital a completely rehabilitated Administrative Block and Hospital Wards. Of course, those who have been in Akwa Ibom would recall that this Hospital, for a long time, has remained a reference centre in gynecology and pediatric services. Apart from that, it is one of the hospitals in the state capital that have been tending to the healthcare needs of the people who reside in the capital.

From the Saint Luke’s Hospital in Anua, Governor Emmanuel almost immediately turned his focus to another renowned hospital in Uyo Senatorial district – the Etinan General Hospital which had become a deathtrap and totally reconstructed and equipped the entire hospital to handle the healthcare needs of the people.

The Governor’s intervention at Etinan General Hospital produced a totally reconstructed and now functional Accident & Emergency unit, the Out-Patient Department, OPD, hospital theatre, male, female and children wards, drug store and administrative offices. The hospital also received a good share of the medical equipment from the about 25 containers of medical equipment which the Governor had earlier procured and shipped into the state.

Another strategic hospital in Uyo Senatorial District which is getting the same attention of the other two hospitals mentioned earlier is the General Hospital at Ituk Mbang in Uruan Local Government Area.

In the industrial sector, Governor Emmanuel’s efforts has produced some applaudable results in Uyo senatorial district with the revamping of dead and ailing industries and the establishment of new ones. Peacock Paints, Ikot Ekan, Etinan, Akwa Prime Hatchery and Poultry Limited (the first hatchery in South South and South East Nigeria) as well as toothpick and pencil factory now exist in the district. The 132/33KV and 1.30MvA transmission sub-stations have really boosted and improved electricity and power supply in Uyo, the state capital.

In the education sector, Governor Udom Emmanuel is also vigorously pursuing the provision and renovation of infrastructure in the Senatorial district through the inter-ministerial Direct Labour Scheme. For instance, in Etinan Local Government alone, this administration has renovated classroom blocks at the Salvation Army Sec. Sch. Efa, renovated about 4 Classroom blocks at Salvation Army P/S, Ekom Iman, Constructed Classroom at CSS, Asuna among several ones. This effort at renovating and constructing these infrastructures at different schools within the senatorial district is in addition to the free and compulsory education programme sustained by the administration. This policy which has placed the responsibility of paying  a subvention of N100 per primary school pupil and N300 per secondary school students per term on the shoulders of the Akwa Ibom State government has given every child of school age resident in Uyo Senatorial and of course the entire Akwa Ibom, regardless of state of origin, access to qualitative education from primary to senior secondary school level.

More importantly, from the political perspective, today’s mega endorsement of Governor Udom Emmanuel by the people of Uyo Senatorial district also holds significant implications. First, the endorsement of the governor by the people of Uyo Senatorial district will go out as a loud message from the people of the district that their support for the governorship contest in 2019 will lie with Governor Udom Emmanuel who will be contesting for the position again to complete the turn of Eket Senatorial District in linen with the extant zoning arrangement for the seat in the state.

But above all, today’s endorsement event will go down as classic gift of encouragement and appreciation by the people of Uyo Senatorial district to Governor Udom Emmanuel for the strategic benefits the district has reaped from his visionary administration.

Uyo Senatorial district is marching on!