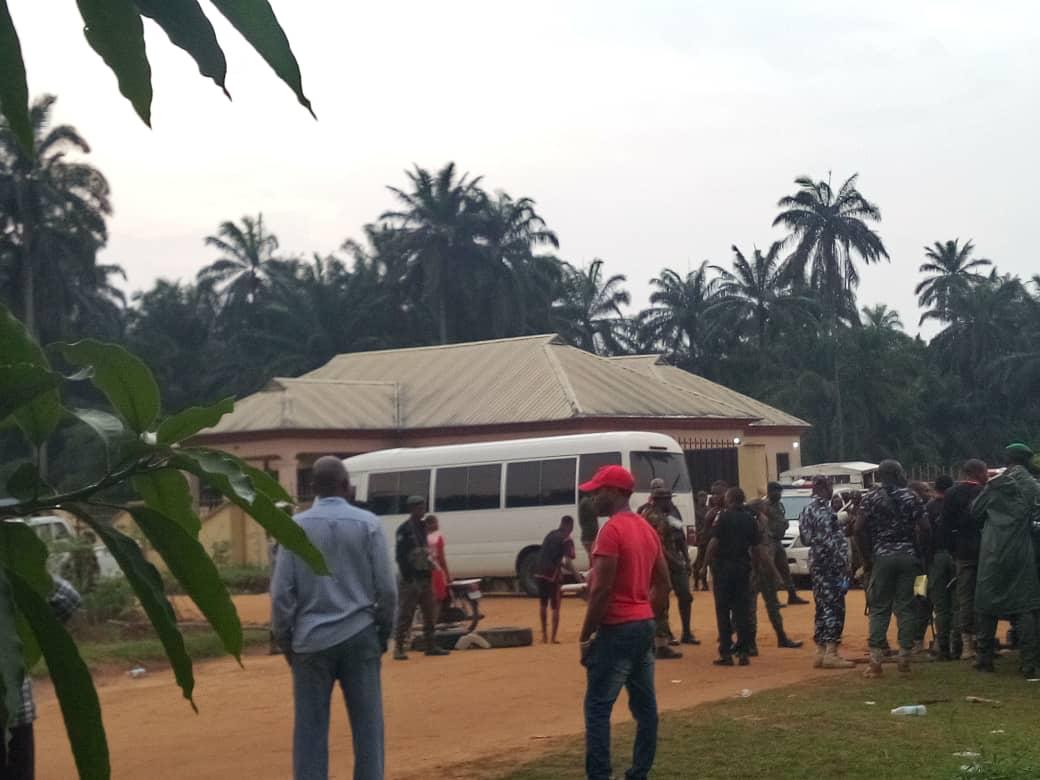 INEC officials on ground further alleged that the former governor stormed the center with a bus allegedly filled with election material As at the time of filing this reports frantic efforts were being made by INEC officials to call in security men to avert impending total breakdown of law and order at the collation tension had already reached fever pitch as at the time of filing this report.

Akpabio was the immediate past governor of Akwa Ibom. The returning officer added that the total number of registered voters in the senatorial district 655,525, accredited votes – 218,493, valid votes – 202,387 votes and void votes – 7,307. Also declared was the federal constituency of Ikot Ekpene – Obot Akara – Essien Udim.