The Sun reports that in a letter addressed to the national chairman of the ruling All Progressives Congress (APC), Adams Oshiomhole and dated 2nd of December, 2019, Akpabio said as Minister of Niger Delta Affairs, a huge responsibility had been placed on him.

He said he can not abandon a critical assignment placed on him by President Muhammadu Buhari in pursuit of a re-run election.

He urged the party to write the Independent National Electoral Commission (INEC), in line with Sections 33 and 35 of the Electoral Act, 2010, and submit a replacement to run in his place.

Special Assistant on Media to Senator Akpabio, Mr. Anietie Ekong confirmed to the report to The Dune on telephone on Wednesday afternoon.

There were rumours earlier this week that Akpabio is fronting a former member of the House of Representatives, Obong Ekperikpe Ekpo as a substitute. 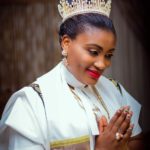