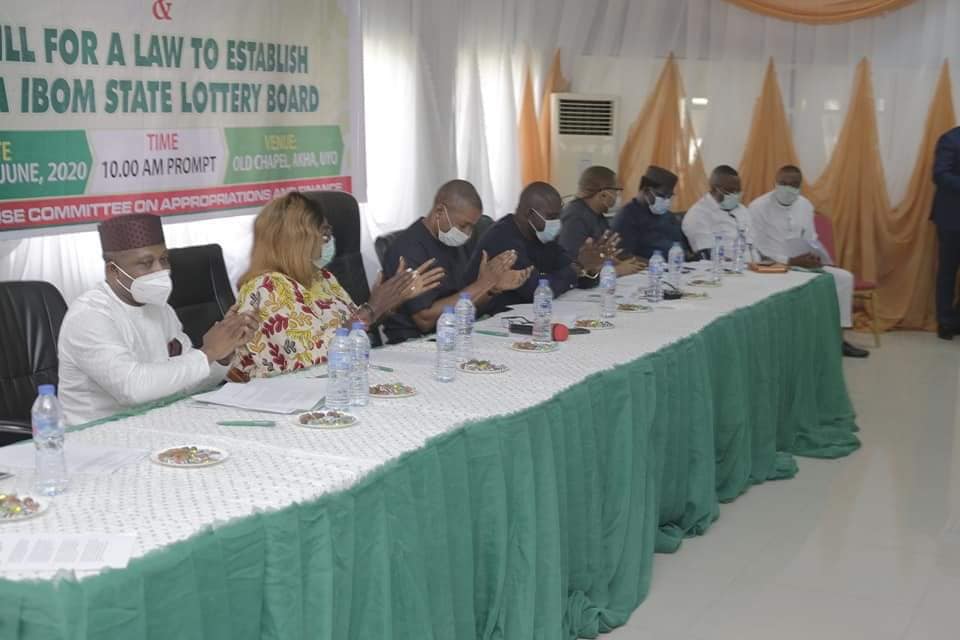 Makes case for the incorporation of Trade and Investment Ministry in a bill seeking regulation of gaming and lottery in Akwa Ibom state.

Addiction and age limit found it’s way into the concerns expressed by the Commissioner for trade and investment of Akwa Ibom state, Barr. Prince Ukpong Akpabio in his position paper presented on Friday during the public hearing of Akwa Ibom State House of Assembly.

In his position paper, Barr. Akpabio highlighted several areas that should be incorporated into the bill seeking to regulate lottery in Akwa Ibom State, including the need for the management of addiction and age abuse which poses serious threat and damaging effect in the sector. The manace, he says can be tackled by an enforcement of age limit and initializing deposit limits for individual accounts.

At a time of global economic hardship, Barr. Akpabio aligned with other speakers at the public hearing that the bill which seeks to establish a lottery board in Akwa Ibom State will prove potent for revenue generation, commending the sponsor of the bill, Rt. Hon. Uduak Odudoh and the plurality of the 7th House of Assembly for ensuring the acceleration of the bill.

Several speakers at the public hearing said that the need for for a lottery commission in Akwa Ibom State had been overdue noting that government in many countries of the world had since recognized and tapped from the wealth and huge benefits of lottery for the purpose of national development. The Chairman of the Internal Revenue Board of Akwa Ibom State, Mr. Okon Okon who attended the public hearing with directors of the board harped on how government can generate revenue from lottery through the proposed lottery commission that the new bill seeks.

Calling for the incorporation of trade and investment ministry into the lottery board proposed by the bill which attracted large interest during Friday’s public hearing, the helmsman of Akwa Ibom’s Trade and Investment ministry said he fully supports the bill and that his presence despite Covid-19 pandemic bears the attestation of the preparedness of his ministry to be involved in the issues and aspects that the proposed lottery board of Akwa Ibom state intends to regulate.

The Akwa Ibom State House of Assembly also conducted public hearing on the bill for the management of it’s funds, a consequence of President Buhari’s recent signing of the law granting financial autonomy to the State Houses of Assembly and the Judiciary.

The public hearing attracted the participation of stakeholders including the Civil Liberty Organization led by its Chairman, Mr. Franklin Isong. Policy Alert, an Akwa Ibom based NGO at the fore of good governance advocacy and financial transparency in government, participated and made tangible contributions to both the bill seeking the establishment of lottery board and management of Akwa Ibom State House of Assembly’s funds.