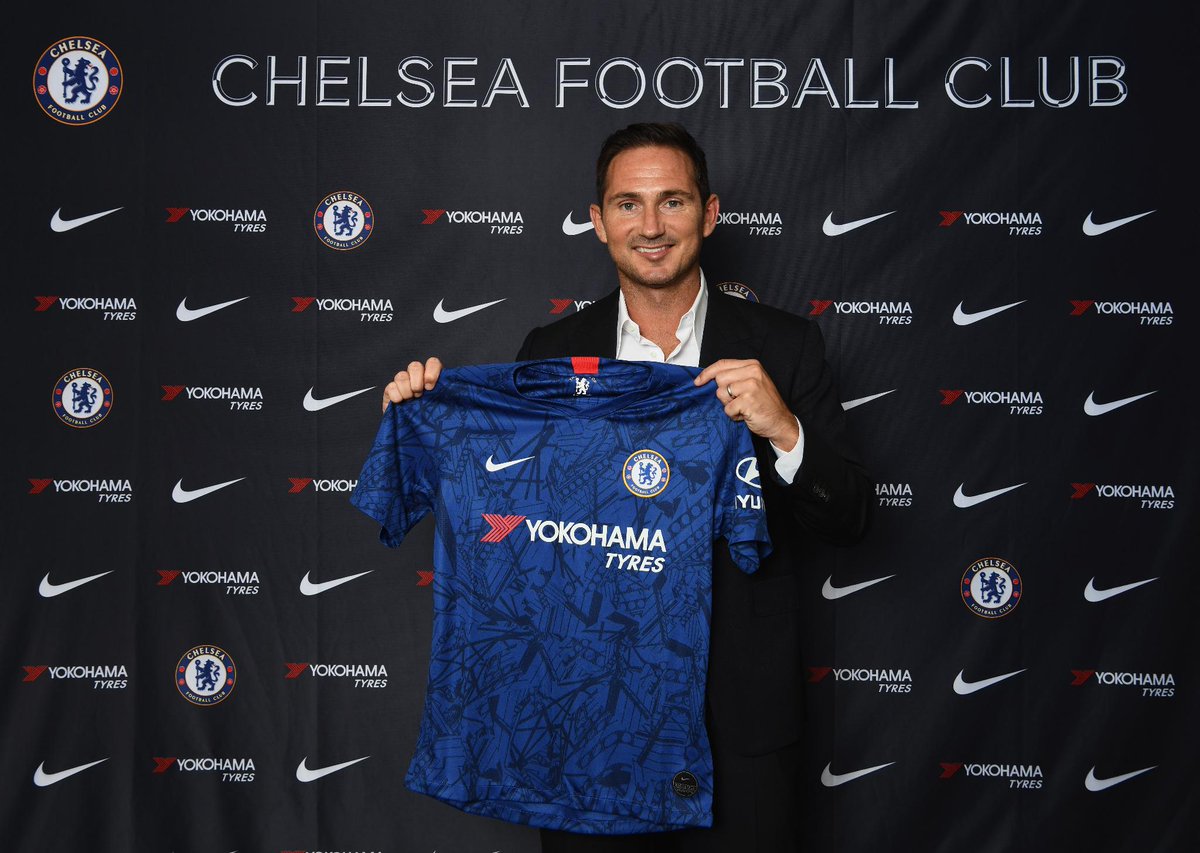 Chelsea have appointed former midfielder Frank Lampard as their manager on a three-year deal.

Lampard, 41, has left Championship side Derby County to take over at a club where he spent 13 years as a player.

Lampard led Derby to the Championship play-off final, where they lost to Aston Villa, in his first season as a manager.

The former England international made 648 Chelsea appearances, winning 11 major trophies with them.

He takes over with Chelsea under a transfer embargo after the club was given a two-window transfer ban by the world governing body Fifa – a decision they are appealing against at the Court of Arbitration for Sport.

“I am immensely proud to be returning to Chelsea as head coach,” said Lampard.

“Everyone knows my love for this club and the history we have shared. However, my sole focus is on the job in hand and preparing for the season ahead.

“I am here to work hard, bring further success to the club and I cannot wait to get started.”

Lampard is the 10th full-time manager appointed by Roman Abramovich since he bought the club in 2003.

Chelsea director Marina Granovskaia said Lampard’s Championship play-off final appearance with Derby demonstrated that he is “one of the most talented young coaches in the game”.

“It gives us great pleasure to welcome Frank back to Chelsea as head coach,” she said. “Frank possesses fantastic knowledge and understanding of the club.”

Lampard joined Chelsea from boyhood club West Ham for a fee of £11m in 2001.

He won a Champions League and a Europa League at the club, while also helping them to win three Premier League titles, four FA Cups and two League Cups.

Chelsea’s title win in 2004-05 was their first in half a century and Lampard scored 13 league goals that season, including both in a 2-0 victory at Bolton that sealed the top-flight crown.

He scored 10 or more Premier League goals in 10 successive seasons for Chelsea and is the club’s all-time record goalscorer with 211.

Lampard left Stamford Bridge in June 2014 and had a stint at Manchester City, where he scored six goals in 32 appearances.

He then joined New York City in Major League Soccer in the US, making his debut in August 2015, before ending his 21-year professional playing career in 2017.

Lampard won 106 England caps after making his international debut in 1999 and went on to score 29 goals for the Three Lions.

He appeared in three World Cups and one European Championships.

Is it disrespectful to question whether Frank is making the right decision by taking this job so early in his managerial career? If things go wrong at the start it can destroy your chances going forward. Just look at the stick Gary Neville took after his stint at Valencia went belly up. Sir Alex Ferguson was sacked from his first job at St Mirren – although he did bounce back quite well!

Football is littered with the names of club legends who went back to manage at their spiritual homes. When it doesn’t work out the dirty deed has to be done and for a while at least the legend is tarnished. I never want it to happen to Frank because I like and respect so much of what he has done and also the man he has turned out to be.

Had he taken this job four or five years down the line, his chances of success would have been much better, but he knows there is no certainty the chance would come around again.