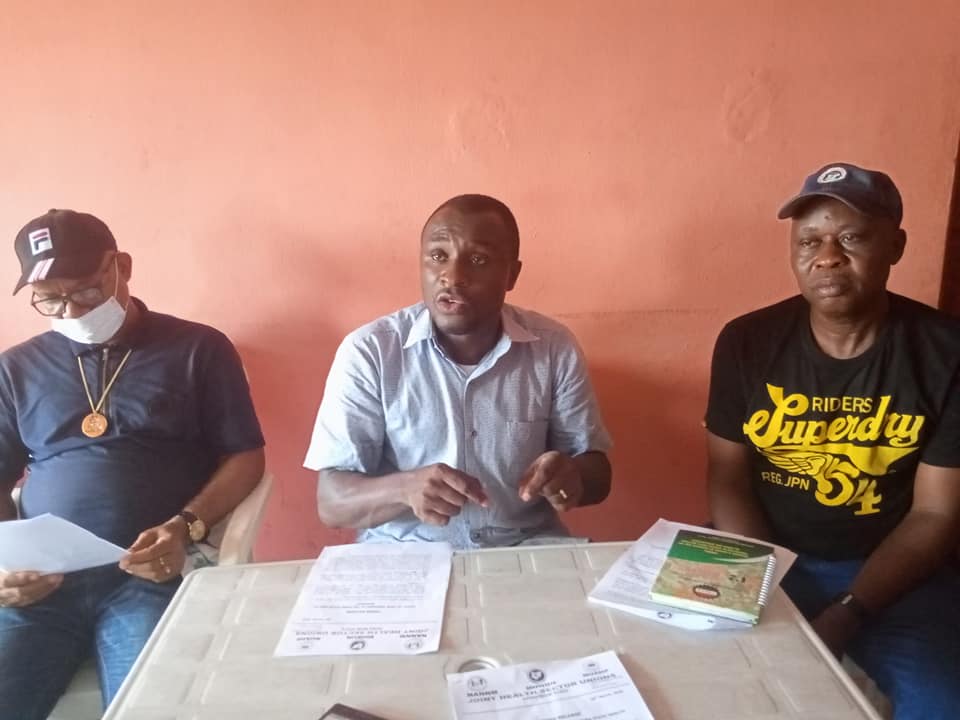 Health Workers in Akwa Ibom State who are under government employ have threatened to embark on a sit-at-home strike action.

In a press statement jointly signed by Chairman of JOHESU Akwa Ibom State, Comrade AniebietAbasi Obot and Secretary, Comrade Arafat Nwibani and made available to newsmen on Saturday, 28th March, they noted that the reason behind the planned strike stems from the refusal of the State government to effectively and specially train, kit and equip the health workers in the State in preparation of the fight against Coronavirus.

They noted that since the announcement of the Index case in Nigeria, the leadership of JOHESU in the State has been anxiously waiting for the Akwa Ibom State Commissioner of Health to convene a stakeholders’ meeting to urgently plan and allay the fears that have been expressed by some stakeholders.

The Health workers pointed out that due to what they described as Commissioner for Health’s failure, either by commission or omission, to convene the said stakeholders meeting, JOHESU
leadership requested for audience with the Health Commissioner which was granted on Wednesday, March 25, 2020.

They said that at the meeting, the Leadership of JOHESU raised the issue of the urgent need for training of professional healthcare workers based on the reality on ground as it concerns the Covid-19 Pandemic in the event of an outbreak in the State.

The health professionals added “Regrettably, the Health Commissioner emphatically stated that there will not be any training on Covid-19 for anybody whatsoever but that Health workers are expected to use their experience on the job to handle the situation, as the training they received in the Universities is sufficient to handle any medical emergency including the Covid-19 outbreak.

” JOHESU Leadership wholeheartedly express her displeasure and condemn in a strongest term the Hon. Commissioner’s deliberate plan to expose our trusting followers to avoidable danger.”

They insisted that any attempt whatsoever by the Hon. Commissioner for Health to sanction any health worker who insist on training before attending to suspected Covid-19 cases will result in a spontaneous industrial action.

JOHESU applauded Governor Udom Emmanuel for his effort toward prevention of Coronavirus from Akwa Ibom State but called on him to call the Commissioner for Health to order.

The body maintained that they have decided that if nothing tangible is done to effectively and
specially train, kit and equip the health workers, that they shall not be left with any other alternative than to proceed on mass demonstration on the streets and thereinafter commence total sit-at-home strike action.

JOHESU charged members to be on red alert for further directive on next line of action.