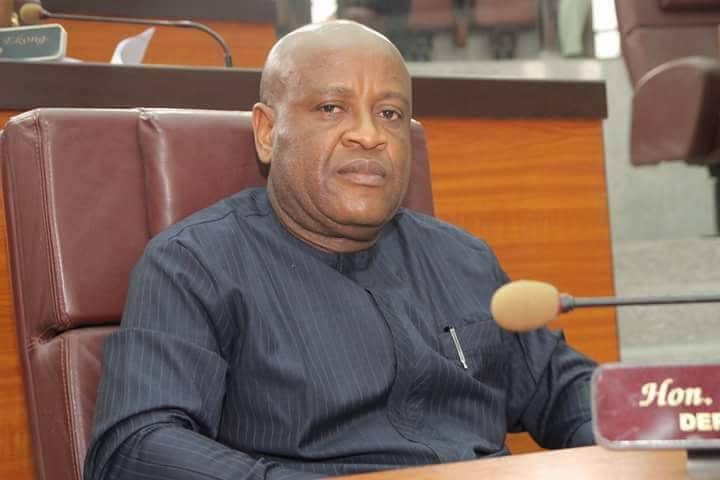 As the race on who should represent Eket State Constituency as 2019 elections approaches, stakeholders of Eket local Government Area, yesterday met with Governor Udom Emmanuel to harness on zoning arrangement and to strategize ahead of ensuring victory for the Peoples Democratic Party (PDP) in the forthcoming elections under a peaceful ambience devoid of rancor.

According to reliable source who pleaded anonymity, revelation has it that more than half of the stakeholders revolted against the decision of the incumbent lawmaker, Hon. David Lawrence; who is seeking reelection despite his unrewarding tenure as their representative.
The meeting according to our source had in attendance four of the key aspirants jostling to represent Eket State Constituency in the seventh Assembly, report has it that the Meeting was meant to present to the Governor the decision of the stakeholders according to zoning, that an Okon man should be given the chance to represent Eket state constituency in the forthcoming elections in the spirit of fairness, equity and justice.

The delegation which according to report was led by the political leader of Eket, Hon. (Chief) Nduese Essien; a former two term national lawmaker. Further information confirmed that in their in-depth discuss with the Governor vis-a-avis the Governor’s position in regards to David Lawrence reelection bid condemned the lobbying strategy applied by the incumbent lawmaker by spreading rumors to incite political hatred against the Governor whom he (Dlaw), claimed has anointed and instructed him to go ahead.

In a telephone chat with some of the elders whose names can’t be made known here said the meeting was to enable stakeholders ample opportunity to inform the Governor that the incumbent had during his 2015 campaign tour to the palace of the Clan head of Okon -Eket, in his attempt to unseat Hon. Anyang Akanimo; did made a promise of never to seek reelection after his four years term. They stressed that if an Okon Man is edged out of the position, the stakeholders will be professionally conceived as “college of dictators and democratically uncivilized” should urban or central be favoured with the ticket to represent Eket State Constituency come 2019.

It could be recalled that some progressives advocates in Eket Local Government Area hitherto, in their attempt to assess and analyze the output of representation exhibited by DAVID LAWRENCE; as state lawmaker, has consistently accused the incumbent of poor legislative representation as well as betraying the confidence of Eket people citing his connivance with Chinese firm to buy over Eket through a signed memorandum of understanding (MOU), with claims that the publicize international market said to be facilitated by DAVID LAWRENCE is to impoverish the people of Eket as one of the salient reasons he should be rejected.

Reacting to matters arising from the stakeholders meeting with the Governor, some school of thoughts said the meeting was not centered on zoning. They went further to state that Governor Udom Emmanuel only advised that the election should be open to all contestants. Whilst other school of thoughts claimed the meeting was aimed at harnessing on zoning arrangement in favour of Okon-Eket and to clear the air about rumor of imposition peddled against the Governor by the incumbent lawmaker.