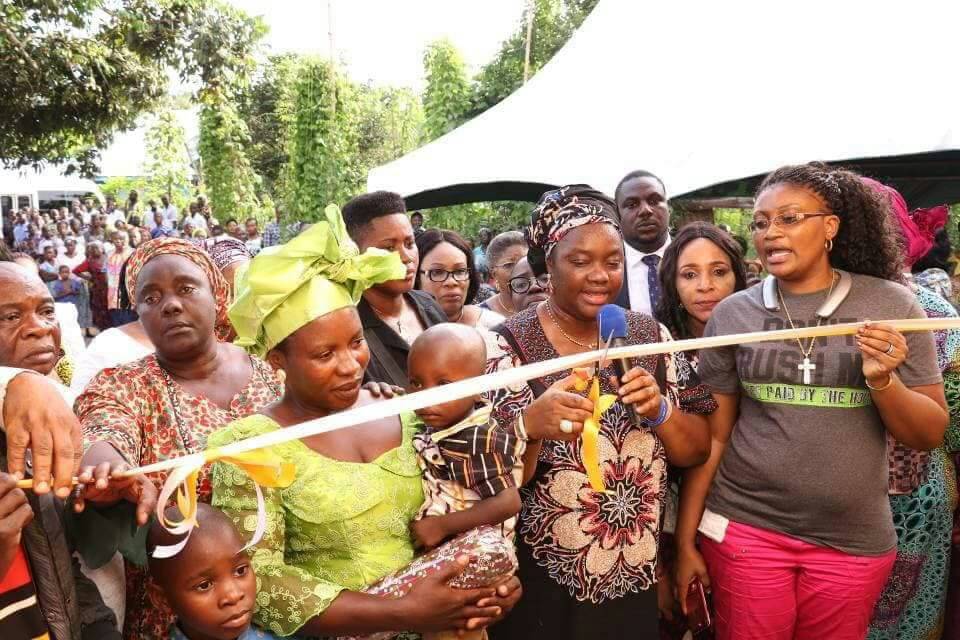 It was shower of praises as the wife of the Senate Minority Leader and former First Lady of Akwa Ibom State, Mrs Ekaette Unoma Godswill Akpabio donated a house to Madam Ekaette Friday Udo-Essiet, a widow from Ukana Nsasak in Essien Udim Local Government Area of Akwa Ibom State.

Mrs Akpabio made the donation as the first in the series of houses to be donated to widows across Akwa Ibom North West Senatorial District as part of the activities to mark the 10th anniversary of the Family Life Enhancement Initiative (FLEI) a non-governmental organization which she founded while she served as the First Lady of Akwa Ibom State. 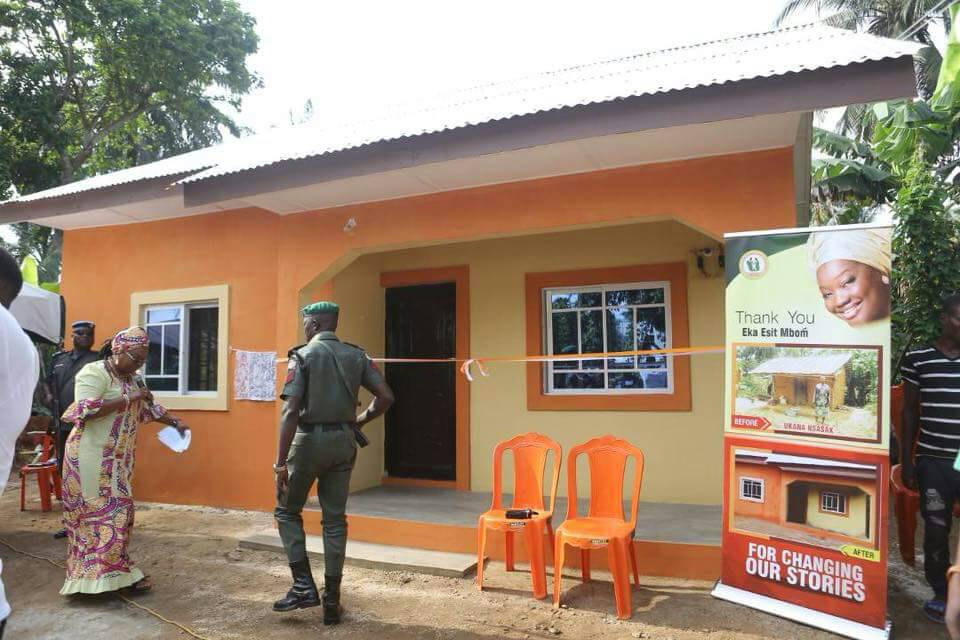 At the commissioning of the house, Mrs Akpabio flanked by some women leaders said the donation of the apartment to the widow who happened to be her namesake was a visitation from God. She said the gesture would be extended to other women in Akwa Ibom North West Senatorial District. She thanked everyone who had supported the project.

She recalled that her pet project, the Family Life Enhancement Initiative (FLEI) will mark its 10th anniversary by November 2018 and thanked God for using her as an instrument to enhance the living standard of the less privileged these past 10 years. She said even though she had completed her service as the First Lady of Akwa Ibom State, she would still try in her way to uplift the living standard of women and children in the Senatorial District to compliment the effort of her husband, the Senate Minority Leader, Senator Godswill Akpabio.

The visibly elated beneficiary who could not held back tears of joy, Madam Ekaette Friday Udo-Essiet, a 38 year old widow with five children recounted how her mud and thatch house was pulled down on May 17, 2018 and less than one month later she became the proud owner of a tastefully furnished apartment courtesy of Mrs Akpabio.

It would be recalled that on the day the House was demolished, the builders noticed a hole in a corner of her room and on further excavation a big black snake (cobra) crawled out and was killed. The family may have lived with the snake for many years without knowing because of the condition of the house. She showered praises on Mrs Akpabio and appreciation to the Almighty God for using the wife of the Senate Minority Leader to change her story. She prayed to God to continue to uphold her and her family.

Chairman of Essien Udim Local Government Area, Hon Raphael Isobara who described Mrs Akpabio as “Mother Theresa” said she had proven that her generosity and assistance to the poor was not a function of the office she held. He said the Local Government was proud of Mrs Akpabio and her husband as their leaders and would continue to pray for them and support them in all their endeavours.

Through FLEI Mrs Akpabio had while serving as the First Lady of Akwa Ibom State built and donated over 60 houses to widows across the state.