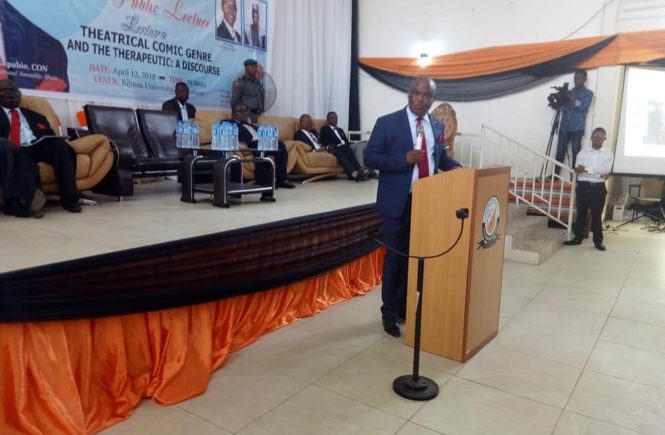 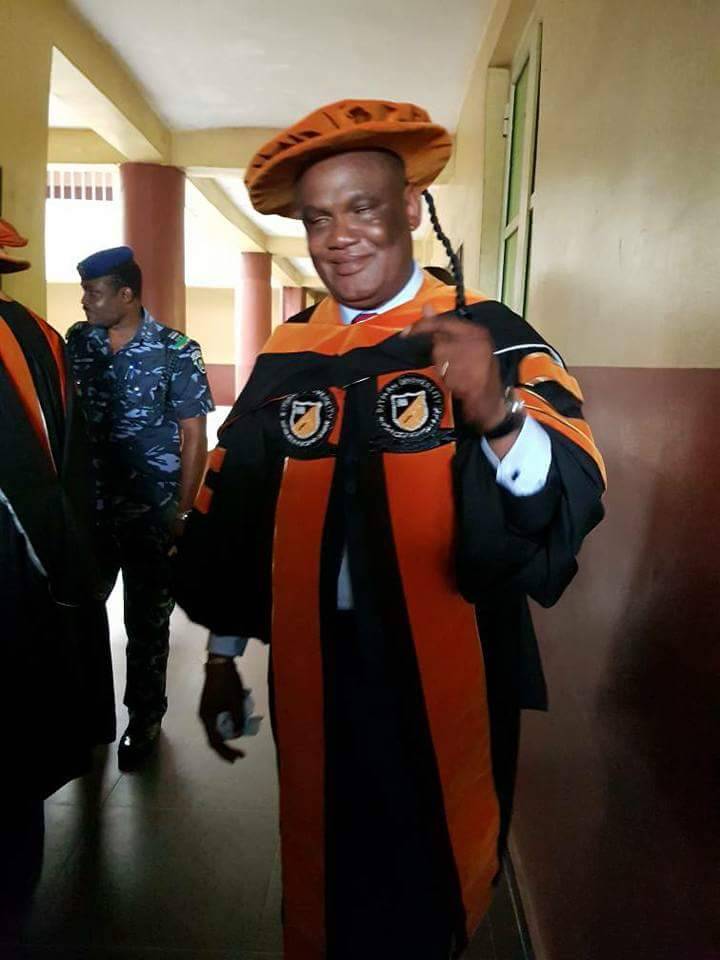 The Akwa Ibom State Commissioner for Works b, Mr Ephraim Inyangeyen has lauded the management of Ritman University, Ikot Ekpene, Akwa Ibom State for maintaining high standards and academic excellence. Mr Inyangeyen who observed that, education is the premise of progress in every society, dropped the hint while giving his opening remarks as the Chairman of the 3rd Public Lecture of the University, with the theme, Theatrical Comic Genres and the Therapeutic: A Discourse, and the installation of Senator (Dr). Godswill Obot Akpabio, CON as the Chancellor of the University.

Mr Inyangeyen, who said he was impressed by the conducive learning environment, added that, while information is liberating, knowledge is power, even as he urged all the students and guests, to pay rapt attention to the lecture, which, he added, will boost their knowledge.

The Works Commissioner, who is a Fellow, Institute of Management Consultants (IMC), fellow, Chartered Institute of Administration (CIA), Institute of Professional Managers and Administrators of Nigeria (IPMA), among others lauded Ritman University as an outstanding private institution, observing that, investment in knowledge pays the best interest. Inyangeyen congratulated Senator Akpabio on his installation as Chancellor, positing that, the honour is well deserved.

Presenting his goodwill message, the Pro-Chancellor of Ritman University, Professor Nsongurua Udombana, stated that, Universities manufacture intellectual goods and services through teaching and research for social consumption. Udombana noted that, Chancellors play both political and social roles and have evolved over time, to be the highest Principal officer in the University.

Udombana expressed confidence that, the Senate Minority Leader, will bring his clout and experience to bear on the office, describing him as, One who the cap fits.

Delivering the Lecture on the theme, The Theatrical Comic Genre and The Therapeutic: A Discourse, Professor Effiong Johnson of the University of Uyo held that, Theatrical performances, especially of the comic genre, has healing power through the humour and causing laughter it usually evokes.

to include, long life, boosting the immune system, pain relief, reducing depression, boosting relationships, improvement of memory and promoting creativity among other benefits.

Earlier, in his welcome address, the Vice Chancellor of Ritman University, Professor Celestine Ntuen, thanked the Works Commissioner, Mr Ephraim Inyangeyen for accepting to chair the event and congratulated Senator Akpabio on his installation. He said, Ritman University, is an all round educational institution that offers the best of everything in her obligation to impart knowledge.

Highpoint of the event was the installation of Senator Akpabio as the Chancellor of the University.