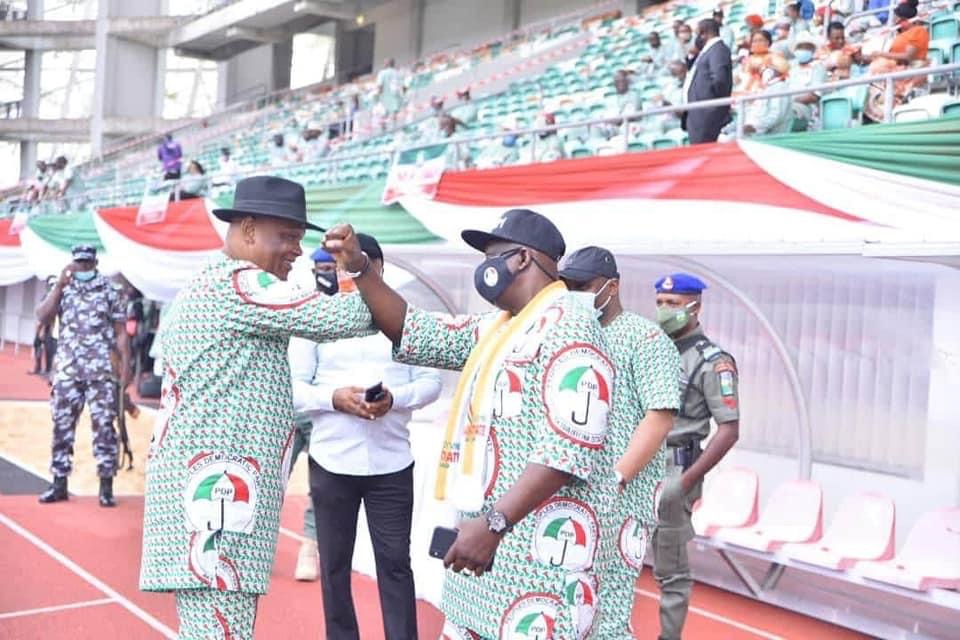 The Chief of Staff to Governor Udom Emmanuel, Mr Ephraim Inyang has commended the immediate past State Chairman of the Peoples Democratic Party, PDP, Obong Paul Ekpo on the successful completion of his tenure.

Taking to his Facebook Page, Mr Inyangeyen, who doubles as the Supervising Commissioner for Works described Obong Ekpo as a Faithful Servant who has done well.

He wrote, “Well done thou good and faithful servant. You served our great Party, PDP, and Akwa Ibom State well.
I wish you greater accomplishments in the future.
Congratulations Obong Paul ‘Politics’ Ekpo.”

In a chat with newsmen after the Akwa Ibom State Congress of the PDP at the Godswill Akpabio international Stadium, Mr Inyangeyen said, Obong Ekpo has discharged his duties with admirable sagacity and has achieved success that has left the PDP more cohesive and better than he met it.

While wishing him well in his future endeavours, Mr Inyangeyen observed that, the PDP will still need to learn fr the leadership style of Obong Ekpo who also served as Chairman if PDP Chairmen Forum in Nigeria at the most turbulent time of the party and still managed to have the party structure intact.

Mr Inyangeyen also congratulated the newly elected State PDP Chairman, Hon. Udo Ekpenyong, maintaining that, he remains confident, the new Party Boss will lead the PDP to greater heights given his antecedents as a competent manager of men and resources.

The Chief of Staff prayed God to grant Hon. Ekpenyong wisdom, grace and success as he pilot’s the affairs of the party, while calling on all stakeholders and supporters of the PDP to rally around the new party leadership in the state.

He sued for continued support for the governor from the good people of Akwa Ibom State do that he can successfully berth his completion agenda.