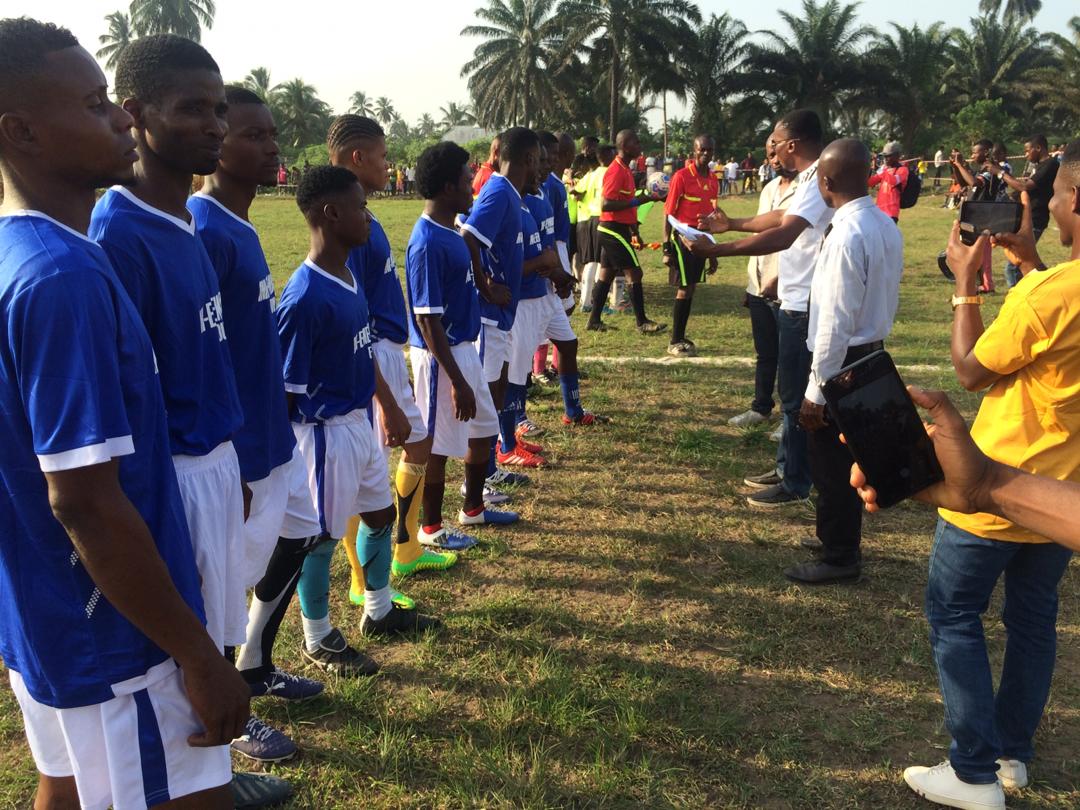 The competition which began on December 15, 2019 with the kick off ceremony performed by Comrade Ini Ememobong, the State Publicity of Secretary PDP, flanked by Prince Ikim, Board Chairman, Akwa Ibom State Environmental Protection and Waste Management Agency had been organised primarily to foster love and unity in the area which has hitherto witnessed incessant violence that often resulted in the loss of lives and property.

The Competition was sponsored by Koko Udom, a UK based solicitor, an indigene of the area under the umbrella of the INI EMEMOBONG FOUNDATION and with the support of the foundation, the competition had eight participating teams from Ikot Ukpong Obioesse, Ikot Akpan Udo, Ikot Oko, Ikot Eda, Ikot Utiat, Ikot Obioatara, Ute Etok and Ikot Otu.

On December 29, 2019 the finals was played between Ikot Ukpong Obioesse and Ute Etok while Ikot Otu competed for the third place against Ikot Akpan Udo.

At the end of the highly celebrated and peaceful competition Ikot Ukpong Obioesse team clinched the trophy with a cash prize of One Hundred Thousand Naira (100,000) while Ute Etok team won the second place prize of Seventy Thousand Naira (70,000) and Ikot Otu, the third place team smiled home with the sum of Fifty Thousand Naira (50,000). Awards were also presented to the best goal keeper, highest goal scorer and best player including consolation prizes for participating teams.

The presentation ceremony was performed by Barrister Ukeme Ekpenyong who represented the sponsor with village heads of all the villages in the ward in attendance.

The LOC chairman Engr Ime Okoko Isip in his closing remarks appreciated God for the peace, love and unity witnessed throughout the tournament, he also thanked the sponsor for the confidence reposed in members of the planning committee and lauded the support his team enjoyed from all participants while looking forward to a greater outing in 2020.