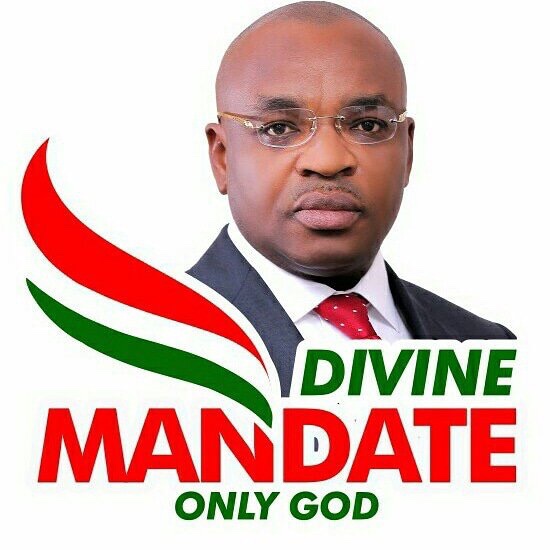 RE: USE NEST OF CHAMPIONS FOR BUHARI’S CAMPAIGN

It is with a comical amusement that we recount the theatrics of the APC over the use of the Nest of Champions for their Presidential Campaign flag-off. The many comedy skits staged by the opposition only goes to show an unprecedented sense of desperation anchored on an obviously selfish agenda.

We wish to state unequivocally that the PDP and indeed the good people of Akwa Ibom State are united in a common determination not to mortgage the soul of state for pittance.

The decision of the Akwa Ibom State government to grant the use of the Nest of Champions stadium for the APC presidential campaign Flag off after an initial concerns over the potential damage to the facility and the humongous repair cost the state government will incur after the event is a clear indication that the Governor of Akwa Ibom State, Mr. Udom Emmanuel respects constitutional offices especially the office of the President.

It is also worthy to note that the decision is a clear indication of the huge sense of maturity and exemplary statesmanship by the Governor. This action is more profane if you consider that some of the key protagonists of APC today while in power, had several times displayed a clear lack of tact and class. One incident that most Akwa Ibomites would not forget in a hurry is the deliberate denial of Obong Victor Attah of the use of the facilities of the Ibom Hotels and Resort for events of his 70th birthday. Gratefully, history offered the state an opportunity to right the wrong when the current government of Akwa Ibom state not only approved the use of the facility for the former Governor’s 80th Birthday but also bank-rolled the events.

At the national level, we are all living witnesses to the blatant refusal by the management of the Eagle Square in Abuja to grant a former PDP Presidential aspirant the use of the facility despite having made the requisite rental payments.

On the contrast, it is on record that the Akwa Ibom State Government have at several instances granted APC the use Uyo Township Stadium even when it wasn’t the most convenient thing to do. In September 2018, the State Government approved for the APC to use the Uyo Township Stadium less than 24hours before and after events of the State’s 31st anniversary which took place at the same venue.
These are no signs of weakness but evidence of a sound and matured leadership by the Governor.

As we revel in the Christmas and New Year celebrations, the good people of Akwa Ibom State remain grateful to the Almighty God; the great Akwa Abasi Ibom for the humane leadership provided by Governor Udom Emmanuel.

Only recently the Ooni of Ife decorated Mr. Udom Emmanuel as the Overall Best Performing Governor in 2018 at a prestigious event in Lagos. Not too long ago, the Emir of Kano led a team of high caliber investors to the state seeking to invest in the energy sector. The business interest of the revered Traditional Ruler in our state is a further testimonial to the peace, safety and security the current administration has engendered. Indeed, this has been a catalyst for the fast-paced development the state has witnessed since the inception of the Udom Emmanuel’s administration. Only recently the PDP Vice Presidential Candidate, HE Peter Obi remarked that The Economist has listed Uyo as one of the fastest growing cities in the Africa.

All these are testimonials of the governance credentials of the PDP government in Akwa Ibom State.

Despite the many provocations, insults and abuses, Our Governor has remained undaunted in his quest for peace and prosperity in the state. Recall the recent comedy skit scripted and acted at the Victor Attah International Airport during the visit of the President’s wife by motley crew that seem to have forgotten that the sirens had stopped blaring in front of them over three years ago. This act of indiscretion led to a security and protocol breach which was widely condemned by the international community.

It is also a clear indication of the Governor’s amiable and peace-loving disposition which is deeply rooted in his focus and determination not to be distracted by the antics of a few selfish individuals.

The PDP and the people of Akwa Ibom State will continue to remain undaunted in the match to sustainable development, peace and prosperity in the state.

Compliments of the Season!