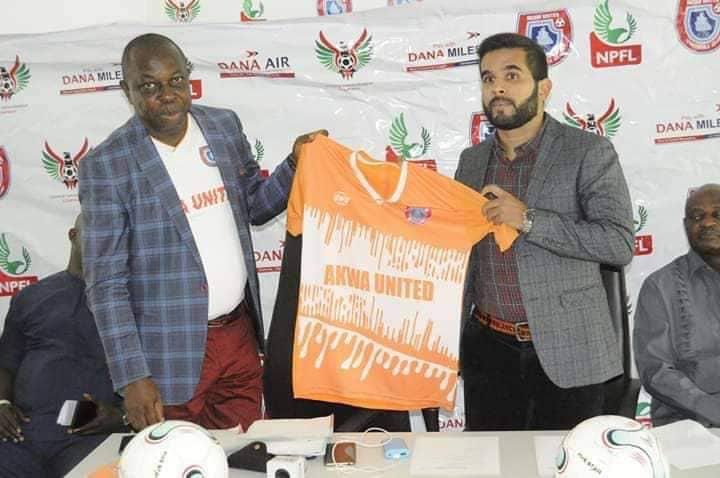 Our darling Football team, Akwa United just raised the stakes. A foreign coach, Rafael Everton, has been unveiled as a new coach of Club to take over from Coach Abdu Makatiba, who by the way, did an excellent job.

Unveiling the coach, the Special Adviser to the Governor, Deacon Udom Emmanuel, Elder Paul Bassey, who doubles as the Chairman of the club, assured of Everton’s capability of taking the club to a greater height.

He said Everton though a Brazilian has the Nigerian experience having coached 2 Nigerian Club Sides .

To add spice to this great leap, Dana Airline supported with sponsorship, something the team has never had in the past.

Akwa United football Club, for the first time in over twenty years of her existence was inspired to fourth position on the National League table and subsequently, won her first ever major trophy in 2016 after Governor Udom Emmanuel repositioned the club carting away the FA Cup.

Akwa United went on to play her maiden international tournament, the CAF Confederations Cup following the Dakkada philosophy the new management of the club put together by Governor Udom Emmanuel imbibed, and while playing on the continental turf, made history by winning the maiden Aiteo Cup in 2017.

Back to back, Akwa United played on the Continent, participating again this year 2018 at the well maintained Godswill Akpabio international stadium.

Even the female team of Akwa Ibom State, Ibom Angels made it to the FA Cup final and finished second, which is tremendous improvement on her past records and repeated the feat this year 2018.

A revival of our football supporters culture is on course as more and more enthusiasts are trooping to the stadium to watch live matches since Governor Emmanuel took over.

Besides Akwa United, Governor Emmanuel gets a lot of credit, for supporting the Super Eagles to qualify for the 2018 World cup in Russia, with cash incentives, for each goal scored after qualification looked bleak and some cynics said Akwa Ibom was not a good venue for super Eagles matches. Nigerians who had lost faith in the Super Eagles are back on board with the team rearing to soar again.

The second edition of the Akwa Ibom Youths Sports Festival was well executed, after the very successful maiden edition where all Secondary schools in the state participated giving a window for talent hunt out of our blossoming youth population. Over 12 000 athletes were registered for the events, camped and well managed without any hitches for a week.

Folks, when last did you visit the 30,000 capacity Eket Stadium currently under total reconstruction in fulfillment of Governor Emmanuel’s campaign pledge. This is good because, Eket is the only Senatorial District that was without a befitting sports complex comparable to the ones in Uyo and Ikot Ekpene

The artificial Turf and all modern fittings needed to build the Eket Stadium and revamp the Uyo Township Stadium have been delivered and received by the State government. Before this, Governor Emmanuel has built a sports complex at West Itam Secondary school opposite the NNPC Mega station along Uyo Ikot Ekpene Road.

In recognition of his sterling achievements in the sports sector, Governor Emmanuel was awarded The Best Sports Governor in 2017 and Akwa Ibom State was recognized as the State with the most comprehensive youths sports development strategy in Nigeria.

More and more footballers from Akwa Ibom State are becoming professionals plying their skills in foreign leagues while they are making the call – up lists in all the National teams.

Governor Udom Emmanuel is working and achieving so much success in developing our sports sector in less than three years? 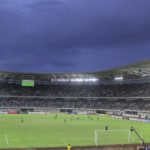