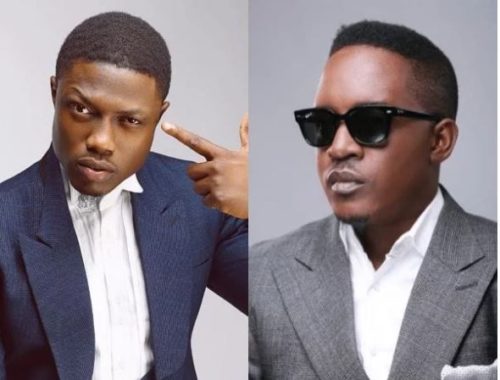 Pulse does a breakdown of the ‘Judas The Rat (MI Abaga Diss)’ by Vector.

In the early hours of October 11, 2019, Nigerian rapper, Vector Tha Viper again stirred the conversation. He replied ‘The Viper,’ M.I. Abaga’s diss to him which was released on October 5, 2019.

‘The Viper’ came after Vector had released ‘The Purge’ and ‘Tetracycling,’ which were diss tracks to M.I. Abaga. With those tracks, Vector finally took the first direct shot at M.I, a response to M.I’s sub on ‘Martell Cypher: The Purification,’ that, “When you’re ready it will be a seismic event.”

On what is already the fourth track dedicated to this beef, Vector started by proclaiming himself, “The only number one (rapper) from the 234 (Nigeria)…” Another thing is also smart, Vector’s title, ‘Judas The Rat.’

M.I Abaga’s name is name is ‘Jude,’ and all things point to M.I’s EP being titled, ‘Tribe of Judah.’ The bible references continue; instead of M.I taking pride in the name of ‘Jesus,’ who is the ‘lion of the tribe of Judah,’ Vector made him ‘Judas,’ the guy who betrayed Jesus.

The beat is the best Vector has jumped on since this beef started. The diss also carries a caption from, Ecclesiastes 10:8, “He that breakesth an edge, a serpent shall bite him…“

ALSO READ: A brief history of M.I Abaga vs. Vector

In truth, this felt more like a response to M.I’s claims – like a statement of defence, of sorts. But is it though? Here are the talking points;

Jesse Jagz is Jesse Abaga, M.I Abaga’s brother. Their father is also a Church person. In June 2013, Jesse Jagz exited Chocolate City to go form Jagz Nation. While away, he made his albums, Jagz Nation Vol. 1 and Vol. II. He also won Lyricist on the Roll at The Headies.

He came back to Chocolate City in 2015, but things have been quiet since then. Last time we heard of him, people said he was on a mountain creating music. Nonetheless, he gave rapper, Hotyce a dope hook on album, RedHotyce Vol. I.

“You dey Lagos, you dey floss, Chairman sir, you na boss. But your brother went from Lagos to Ondo then to Jos…”

Since M.I Abaga claimed Vector did his cousin dirty, Vector has claimed that M.I Abaga threw his own brother, Jesse Jagz out of the Choc City house. Papa Abaga, chilling in Jos, Nigeria and doing great also copped shots, “But since your Big Brother evicting him is part of the game. You didn’t care about your father, the one you both share his name…”

Vector also claims that M.I has not been following the way his father taught him.

On ‘The Viper,’ M.I Abaga threw shots about Vector’s former affiliates, AQ and Vector’s cousin whom he sacked, but is supposedly Head of A&R at Chocolate City. M.I claimed that Vector didn’t help AQ.

Well, Vector addresses AQ and Blaqbonez. He addresses Blaqbonez thus, “How bout the guns we brought to help one become Rambo.” Vector was making references to featuring on a remix to ‘Rambo,’ Blaqbonez‘s song.

He then addressed the M.I’s claim on AQ, “The next one I did a feature with, trended years ago. Still mentioned it in a tweet, and it trended on the go. So what am I supposed to do? sign a man I wouldn’t sign?” Vector is making reference to ‘Distractions.’ The track Vector and AQ collaborated on in 2013 – it was diss to Reminisce.

Vector then commended Blaqbonez and shaded AQ, “Think about it, the only light in the story is Blaq.”

When Vector rapped, “Who are the rappers that I put on? Many more plus two our of your three…” He was talking about AQ and Blaqbonez.

The he rapped, “Is it the Lord’s way to only act when you make gain… How many rappers have you supported without making any gain… And I didn’t sign anything, I did it all for free … I’ve given more rappers shine, than you ever will try… “

With this, Vector makes references to Hennessy Cyphers. While rappers had exposure, reports claim that rappers were not paid for those cyphers until 2019.

That said, Blaqbonez had been on Hennessy VS Class and was on the 2016 Hennessy Cypher.

Vector pokes that wound, “Let’s talk about CC, not your BB girls. Let’s talk a little bit about your CC mess, you did your Emperor crazy, one of CC’s best. Then Brymo’s exit ushered in the CC stress. I mean Dice (Ailes) could really rap, he had your CC crest. And many artists don fall sha, off your CC steps. CC was in the room, we guess CC left…“

The “Emperor” M.I supposedly did crazy is Jesse Jagz. On ‘The Viper,’ M.I Abaga claimed he would put 20 million down for Vector to float his label, G.R.A.P Music. In the same vein, M.I. also addressed Vector’s visit to his lounge, CCx Lounge, Victoria Island, Lagos.

Well, Vector drops CCx dimes with a bar, “CC was in the room, we guess CC left. Even the lounge can testify, it reads CCX. How much did you say again? 20 milli? We all saw how you wasted 1 milli…”

This is a direct reference to rapper, Milli who was signed to Loopy Music in 2013 and left in acrimonous circumstances 2016.

In 2015, M.I campaigned for former Lagos State Governor, Akinwunmi Ambode. He was even part of the song. Alongside Ice Prince, Olamide, Yemi Alade, Banky W and so forth, M.I made the song, ‘Gbagbe.‘

Vector addresses that, “The yoruba people have a saying “Eni Dale Lo Bale Lo” M.bode is living with vision scape, o ye ko bale lo. You call yourself a teacher but your students failed in real life…

“The least you could have done was leading lending a voice. But you dey lagos campaigning shining teeth for any invoice…”

With the ‘Vision Scape’ line, Vector calls M.I part of the dirt in Lagos. Then, Vector fired more shots at M.I’s personal life, “Your girl broke with you? we thought she your wife. You were the bitch in the relationship, the stories are right.”

This might be a direct response to M.I’s shade at Vector’s baby mama on ‘The Viper.’ But Vector didn’t stop there, he made a huge claim that could point to sexuality, “You advertised your ass a lot, went to Abuja a lot. And came back with more money let that story be that…”

On ‘The Viper,’ M.I claimed that Vector did his former label, YSG Entertainment dirty. Vector replies, “I had a fight with YSG, that shht is normal in life.”

At first, ‘Judas The Rat‘ seemed a weak with a wrong strategy. It seemed that the track just doesn’t stack up against, ‘The Viper.’ It seemed like Vector made a mistake by trying to play MI’s game of ‘lecturing.’ MI was smart, he refrained from going in like a battle rapper. But then, this writer started unpacking.

Let’s get one thing clear, Vector still made a mistake by going in with M.I’s strategy on ‘The Viper.’ For the most part, it seemed Vector was constantly filing a ‘statement of defence.’ It sort of overshadows some of the shots he fired.

However, there are a lot to uncover on this. With Vector’s ‘statement of defence’ came ‘counter claims,’ in hot shots. The problem Vector has is that his shots kind of hide themselves.

That said, Vector should still have done was bring it back into his own rules and comfort zone – battle rapping with bars. His bars would have been clearer. Thus, on the grounds of beef, ‘Judas The Rat’ at least a solid equalizer and the score is; Vector (2) – M.I Abaga (2).

Equally, M.I Abaga’s fan base played a role in this. If M.I had said the same thing Vector said, his fan base would have amplified it.

But in the end, beef is about everything and fan base is one of the strengths.

On ‘The Viper,’ M.I also didn’t say much that we didn’t already know, but he did drop that bit about the new Head of A&R at Chocolate City – Vector’s cousin.

Vector might have debunked that with, “I was confused when you said Micheal he-he.You don’t know Michael, if you did you would’ve said Gidi,” That’s how you win beef; you make the story your own; bring them from their comfort zone and introduce rules that favour you.

When it’s all said and done, this is closer than most people – especially M.I’s fans will tell you. If M.I truly won this, it’s because ‘The Viper’ is a better, more aesthetically and sonically pleasing track with a more linear story.

More importantly, it’s because his fan base amplified ‘The Viper‘ to probably have more impact and how some of Vector’s shots are public knowledge.

Even AQ copped hits. However, on ‘The Viper,’ M.I claimed that he would not reply. Would we see AQ come in? We know AQ never backs down from a fight. As this ends, M.I has a lot of questions to answer.1