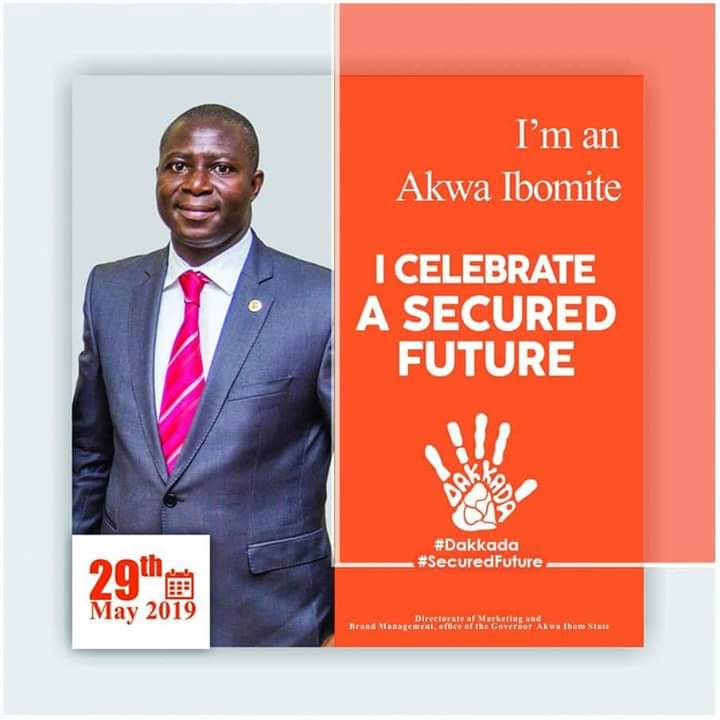 It is somewhat normal to see a locomotion of developmental activities from an elected political office holder both at the Federal or state level, but what is not common is having an elected office holder executing well thought out economic initiatives with the future in sight as done by the administration of Governor Udom Emmanuel in Akwa Ibom state.

Since governor Udom Emmanuel assumed office in 2015, there has been carefully thought out strategic industrialization drive by his administration aimed at not just bettering the lives of the people, but to secure the economic future of the state.

And the realities on the ground show that Governor Udom Emmanuel is securing the economic future of the state by investing and attracting commercial ventures with futuristic relevance in the economic advancement of Africa as a whole.

The journey to the secured economic future began when the government of Udom Emmanuel maximized her first year in office to create the enabling environment for economic boom. Such steps included restoring investor’s confidence vis-à-vis their safety in the state and taking practical steps towards improving power supply. Soon after these indices read positive on national and international dashboards of viable economic locations, convincing investors to invest in Akwa Ibom state became easier and in the 2017, just two years in the life span of the administration, Akwa Ibom was rated by the National Bureau of statistics as number one in attracting Foreign Direct Investments after Lagos state.

The result of the flowing FDI gave birth to 18 industries, in other words, within his 48 months in office, Akwa Ibom state has been getting an average of two industries per quarter of the year.
This is to say that the state which had no alternative place for people to work and earn decent income outside civil service and hotels can now boast of eighteen brand new places where people are earning befitting monthly salaries directly.

It is pertinent to note that in attempting to ensure the viability of each economic venture set up by this administration, the Government has carefully invested in products that may be described as the future of Nigeria’s industrialization and not any commonly produced products with saturated investments.

For example, the first industry setup by his administration were the pencil and toothpick factories. This must have been well calculated because in 2016, the Minister of Agriculture, Chief Audu Ogbe had expressed worries over Nigeria’s over dependence on imported goods including toothpicks. Referring to a CBN financial report which had it that the country was spending eighteen Million Dollars on the importation of toothpicks alone from China and Germany. Soon after, the Federal Government placed restrictions on dollar access for toothpicks importations, such restrictions has made the Akwa Ibom pencil and toothpick factory an investment with great future.

The same goes to the Akwa Prime hatchery where thousands of day old chicks are produced daily for Local consumption and exports to other states, reversing the trend of one hundred percent dependence on imported eggs and chickens by Akwa Ibomites, and aiding to reverse the trend of Nigeria importing $5million dollar worth of eggs from south Africa annually as reported by the Agric Minister.

Metering Solutions Manufacturing industry and Jubilee Syringe factory are also in that category of products that Nigerians are in dire need of but are depending hundred percent on imports from other countries thereby losing billions of dollars in foreign exchange to the detriment of our poor economy and jobless youths. Electric meters are currently being manufactured in Akwa Ibom state for Nigeria and also Made in Akwa Ibom syringes have flooded hospitals across the country.
These products are the future of Industrialization in Nigeria. They constitute a bunch of nightmarish importations that the Nigerian government wishes to end but Akwa Ibom state government is taking practical steps to make economic goldmine by investing in these untapped areas.

The largest of them all, for now, are the Ibom Deep Seaport and the 18billion naira worth cocoanut plantation and refinery project of the Akwa Ibom state government in partnership with St. Gabriel’s consortium which is investing in St. Gabriel’s cocoanut refinery in Akwa Ibom state.
The cocoanut refinery project of Akwa Ibom state government for now remains the most ambitious step towards preparing for the post oil era that is staring Nigeria in the face.
Coconut oil is highly sorted for in the global market with very poor supply options. The virgin cocoanut oil market is currently worth 650Million US Dollars according to a survey carried out by Market Watch International, a US based economic research group, and the value is expected to hit 780 million US dollars by 2025. This is to say that Akwa Ibom is leading in the committee of states that are preparing for the post oil economic era.

As the Governor resumes office for his second tenure, it is expected that he will solidify his current economic blueprints as Akwa Ibom state continues the journey of solidifying her future even beyond the economic realities in the country.