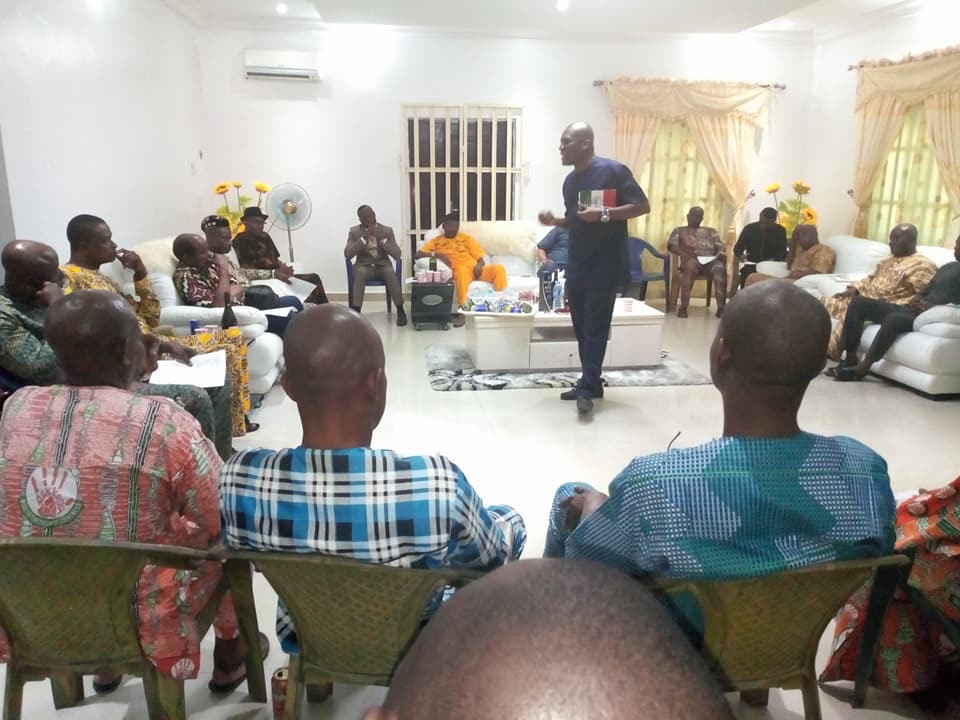 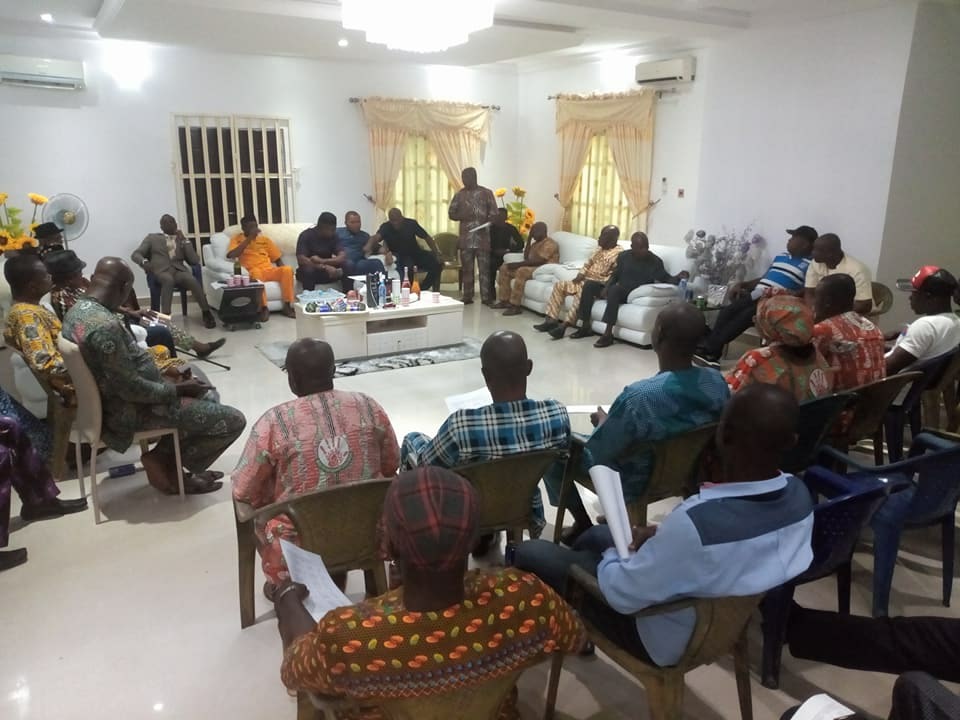 The PDP stakeholders in Ikono yesterday unanimously kicked against the dastardly, illegal and hasty decision of the PDP Ikono Chapter Chairman, Barr. Moses Akpan to constitute a zoning committee without duly consulting stakeholders of the LGA. Rising from an enlarged meeting held at the Ibiaku Ntok Okpo residence of the Ikono House of Assembly Member, stakeholders agreed to caution the Chapter Chairman, put things right and restore sanity to the polity in the interest of all.

Drawing strength from Section 17 of the PDP constitution 2017 as amended which empowers only the LG caucus to take critical decisions affecting the party. It was noted that such caucus hadn’t yet been constituted and as such the Chapter Chairman lacked the authority to constitute such a committee without proper consultation with Chapter Party Stakeholders. 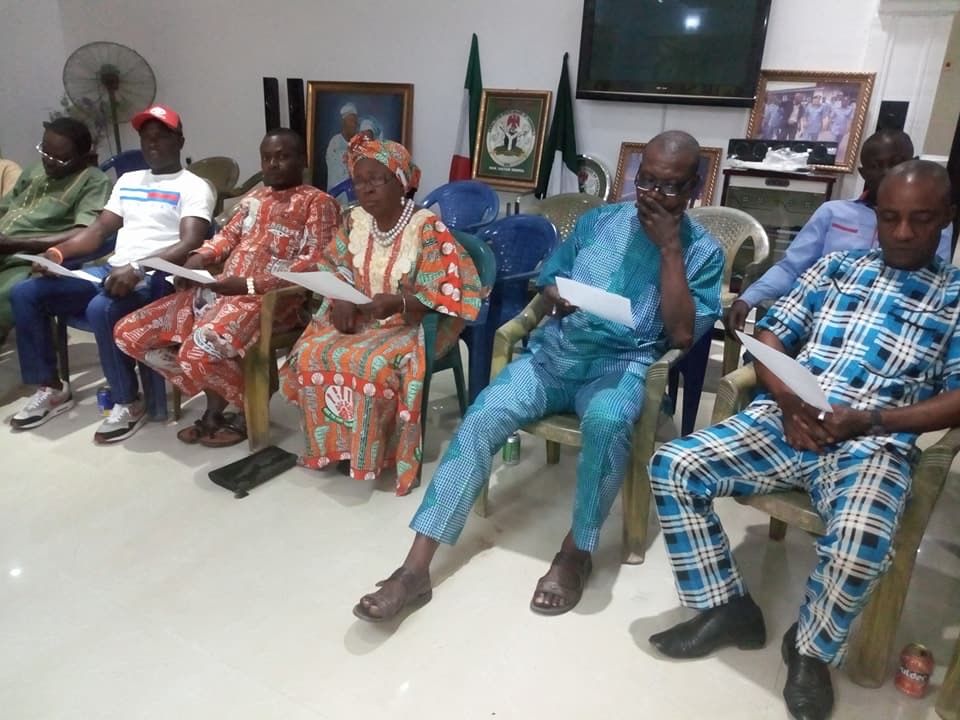 Making inferences from a document chronicling PDP House of representatives aspirants in Ikono/Ini Federal Constituency from 1998/1999 to 2014/2015, it was gathered that in the history of Ikono/Ini, the position of Federal Representative had never been micro-zoned to any area in the two sister LGAs and its therefore an act of insubordination for the Chapter Chairman to do so illegally.

Rtd Colonel Stanley Bassey, an elder statesman from Ward 6 in his submission lamented that Ikono had suffered seriously and appealed to the group not to make the case a do or die affair but play the game in peace. He urged stakeholders to call the Chapter Chairman to order so Ikono doesn’t suffer shame due to the action of some misguided persons. The release by the Committee he said should be brushed aside if it was found to be unconstitutional.

In a separate reaction, the immediate past State Assistant Secretary of the Party from Ward 1, Hon. Richard Paul stated that running a government was easier than building a political party. He maintain that he had cautioned the Chapter Chairman and wondered why he would want to create anarchy by recusing to zoning two months to the primaries. Furthermore, he questioned why a zoning Committee set up by the Chapter Chairman would make recommendations without ratification from Ikono people while stressing that no particular office was the birthright of any area and therefore cannot form precedence.

A member of the Committee in question and Chapter Legal Adviser of the Party, Barr. Steve Okunnyang in an attempt to absolve himself of blame revealed that at the meeting of the zoning committee held in Uyo, he raised an objection asking if the Committee was recognised by Ikono people and if the constitution of the Party supported the functioning of the Committee. He said the last paragraph of the release made available to the media were only recommendations presented for ratification and agreement. 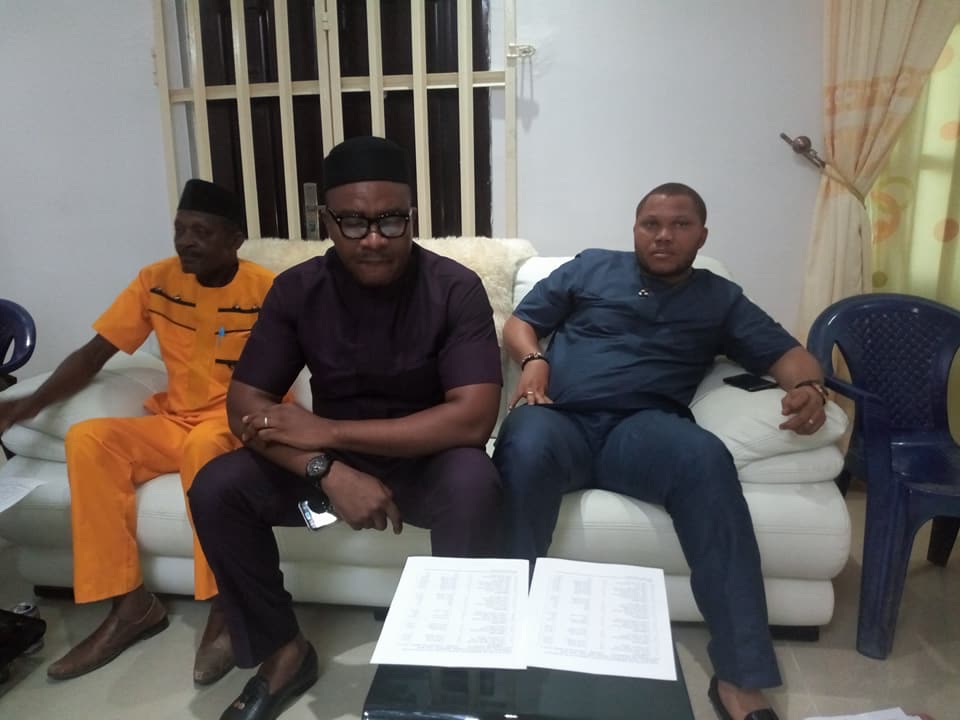 The Leader of the Ikono Legislative
Council, Hon. Samuel Udoh speaking on behalf of councillors expressed dismay at the attitude of the said Committee not to recognise the councillors who are also key stakeholders. He reiterated that at no time was the House of reps seat microzoned and further made it clear that it was a gross act of disrespect for the Chapter Chairman to have bluntly ignored legislators in the process of taking critical party decisions.

Having listened with rapt attention to deliberations at the meeting, The Ikono Council Boss Akparawa Itoro Columba made it clear that by virtue of his position, he was a father to all divides and sections of the polity. He disclosed that upon confronting the Chapter Chairman on the issue, he informed him that he wasn’t the architect of the publication and that he merely signed the publication as received and that he was wise enough to know that ratification was needed.

The Ikono helmsman intimated the stakeholders that on the 9th of July, the State leadership of the party would be coming to Ikono to inaugurate the PDP LGA Caucus and thereafter any issues affecting the politics of the area will be discussed while urging everyone to attend.The people of Ikono he maintain would affirm and ratify any decision taken by the Party Chapter caucus and would come up with a position that will be binding on everyone. He therefore urged everyone to maintain peace and brotherliness.

Immediate past Chapter Chairman of the PDP in Ikono, Chief Etim Inyang in his contribution stressed that anytime anyone deviated from the norms of any particular sect, conflicts were sure to arise. Microzoning of the House of Reps seat to any area in either Ikono or Ini he said was illegal. He urged his successor to retrace his steps and ensure fairness in all his dealings to forestall anarchy in Ikono.

Immediate Past Council Boss, Mr. Emman Innocent corroborated the views of other stakeholders stating that at no time had the House of Reps seat been microzoned to block in the two sister LGAs and therefore advised the Chapter Chairman to tread on the path of caution considering the larger interest of Ikono.

Barr. Ekemini Uba, a former transition Chairman of Ikono commended Rt.Hon.Victor Udofia for the level of leadership he has shown so far. He appealed that the house having frowned at the micro zoning decision of the Chapter Chairman’s committee should also take a holistic decision that will affect the State House of Assembly for posterity sake.

In his response, The member representing Ikono in the House of Assembly, Rt. Hon. Victor Udofia promised to do everything within his power to maintain peace and order in Ikono declaring that he would never allow his aspiration overtake the peace existing in the area. He pledged that on his honour, he would pursue peace with the Chapter Chairman and concentrate on the welfare of Ikono people.

Delivering a vote of thanks, Hon. Asuquo Nana, a House of Assembly hopeful said the essence of the enlarged meeting was not to trample on anyone’s image but forge a way forward for the LGA . He urged everyone aspiring for any office to consult widely and politic peacefully to forestall rancour.