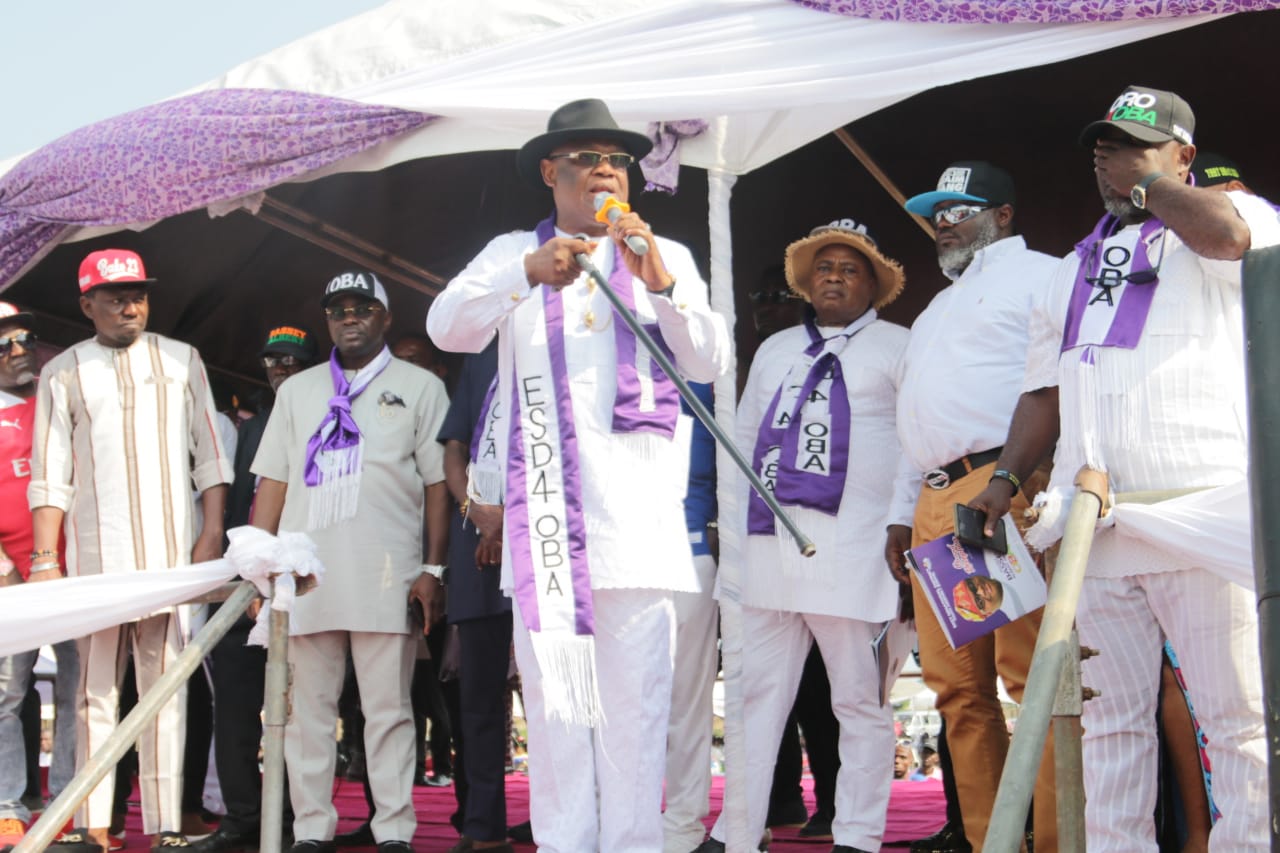 Let History forgive me if I can’t remember well. In 2019, it was still in this Akwa Ibom, and a time like this, that a certain pastor was reported to have sworn that if one of the candidates in that year’s election did not become the next governor of the State, she will resign. It was the “Voice of God”, she claimed.

While the rest is history today, we are still waiting for that resignation. The only good thing about that “prophecy” was that nobody was forced or cajoled to believe it – refusal of which would attract persecution, blackmail, slander and threats.

Why is it that in every election season in this State, claims of having heard a voice about who will become this or that would suddenly suffocate the atmosphere? It is curious that while some must have learnt lessons, some still want to see history repeat itself.

Jokes and sentiments apart, would you easily and wholly agree in your contemplative personal conviction that Pastor Umo Eno’s dreams of becoming Governor Udom Emmanuel’s successor in 2023 came from a divine source?

In saying “yes” or “no” to the above question, one must be circumspect to carefully weigh the weight of the sin of blasphemy or the possibility of becoming like Zechariah, John the Baptist’s father, who was struck with dumbness for doubting a divine prophecy.

It is obvious not many Akwa Ibomites with critical minds believe the Umo Eno prophecy. One of such persons is Akparawa Ephraim Inyangeyen. From the very beginning, he never minced words or found himself at a crossroads.

Inyangeyen was so convinced about his doubts that he openly refused to associate with anything in that regard, including the Maintain Peace Movement that was ingeniously primed to herald the controversial Succession Plan.

So, when he said what he said in Eket the other day, that the God he worships could not have revealed who will be the next governor of Akwa Ibom State on the screen of someone’s iPAD, and solely so, he was not saying anything new. He was merely resonating his fearless stance.

It is my personal opinion that if everybody serving in the Udom administration was as frank and courageous as Inyangeyen on this matter, the governor would have little or no headache with the Umo Uno experiment and adventurism. He safely would have known who is genuinely on his side.

Those who believe in the said “prophecy” also have their reasons and rights. But it will be fantastically logical if they allow the fulfillment of that prophecy to vindicate them in due time, rather than trying, by hook and crook, to weave everybody into that pendulous bundle of belief.

History clearly shows that those who receive or claimed to have received prophecies from God on a mission, normally show neither panic nor desperation in their utterances and actions. They only propagate the message, waiting in faith and patience for its actualization.

But that does not seem to be the case with the Umo Eno specimen in the political lab of high probability. They panic more than those without a prophecy. They labour more than “non-believers”.

With a thousand reactionary press releases that attack tissues than issues, they have this ridiculous habit of contesting ridiculously against any contrary opinions expressed by others. It leaves much to doubt when those who believe in a prophecy act like this way.

Indeed, if any group should be calm and certain about 2023, the prophecy being that of “That Same God”, it should be the Umo Eno battalion, especially with the assurances and insurance they have secured from what looks like a royal war chest that has made everything easy and possible.

Last Saturday, Youth of Eket organized a reception and rally for the Senator representing Uyo Senatorial District in the National Assembly, Senator Bassey Albert Akpan. Take or leave it, one fast take from the massive turn-up at the event was that it is hard to defeat a crowd hero of OBA’s pedigree in any fair contest.

It was during that event that Akparawa Inyangeyen spoke. Nowadays whenever he speaks , earthquake occurs. He unmasked the “iPAD prophecy” and laid it bare and breathless on the dusty field.

But one of the cynosures of that day was Elder Enefiok Ekefre. He chose to speak in puzzling fables and parables, making big things small and small things big.

Apart from his characteristic fondness for Ibibio folklore, the SSA to the Governor on Grassroots Mobilization, like Chinua Achebe in Things Fall Apart, proved that “proverb is the palm oil with which words are eaten”.

He told the crowd: “In 2023, Akwa Ibom people need a governor who will act like mother-hen that gathers or scatters food around for her chicks. We don’t want a vulture that only swoops on a target, picks all it could, and flies back to the topmost part of the tallest tree to devour it – all alone”.

About 48 hours later, he was sacked. In times like this, the truth does not set men free. It is a moment for pantomime and soliloquy. But the real danger or dangerous reality is that if everybody dancing around Umo Eno and the Hilltop Mansion was given a chance to say something in safe corners, by this time next week, there might be nobody to sack.

One infectious disease amongst those in government quarters who do not believe the Umo Eno prophecy is essentially that of playing the Judas. Such pretense is worse than a stab on the groin. This is where and how Inyangeyen has made the difference.

For audaciously refusing to be gullible in acting a script which vision he does not share, refusing to rob the truth to be a gentleman on the bandwagon, Inyangeyen has been grossly mistaken to be fighting government. But those who know know that that is not the case. It was Cal Thomas who argued that “Politics is a game of compromise…faith isn’t”.

Governor Nyesom Wike of Rivers State, the other day, said that he surely will have a successor; but he will not inflict pains upon himself with claims of any prophecy or involvement in the war of succession that apparently has given governors in other States sleepless nights.

He said he doesn’t want any vision. He said potential successors should test their popularity with the people on a level playing ground. Maybe that is the best and simplest way to go about this matter, to have peace of mind.
.