The Honourable Commissioner for Works, Akwa ibom State, Mr Ephraim Inyangeyen says with the constriction of the 300 capacity Isolation Centre at Ituk Mbang, Governor Udom Emmanuel has insured the State’s future against COVID-19 and such other deadly pandemics.

Commissioner Inyangeyen said this while reacting to comments by some Critics that the Condemn the Project, alleging that, it is simply an avenue to siphon funds.

The Works Commissioner who also dismissed arguments that, using lean financial resources available to the State, which should rather be channeled to other critical sub sectors of the economy, to build a permanent Isolation centre for COVID-19 that will not last forever, explained that, Governor Emmanuel has the best interest of the State at heart in conceiving and executing the project.

Inyangeyen argued that, as a prudent manager of the State’s resources, Governor Emmanuel thought it wise to implement a permanent solution to the problem by investing in the isolation centre, not only to further contain the current outbreak of COVID-19, but future recurrence or any other deadly disease that may ever occur in future.

Commissioner Inyangeyen said, the recent events in Kogi State, where the temporary tent Isolation centre put in place by the Kogi State government, was destroyed by wind storm on April 28, with the huge sums expended on the project washed down the drain has further justified the informed decision of Governor Emmanuel.

Commissioner Inyangeyen maintained that, apart from durability and safety for would-be inmates and medics, the permanent structure will stand the test of time and add value to the health sector in the State well into the future.

He explained that, although there is an isolation centre in ikot Ekpene and another at the Ibom Specialty Hospital to handle COVID-19 cases, Governor Emmanuel realizing that, the two centres may be grossly inadequate going forward, decided to implement a more permanent solution to the novel pandemic.
He flayed those who talked about siphoning funds, adding that, prudence and integrity have defined the business of governance in this administration.

On the call to convert public or private buildings in the State for a temporary Isolation and Treatment centre, Inyangeyen said, it will still amount to a window dressing approach to a very grave problem and will not be of long-term benefit to the State.

He further added that, with the isolation centre, Ituk Mbang General Hospital has been upgraded with another world class facility, that will ease pressure and allow Ibom Specialty Hospital to revert to its original status as a referral specialist Hospital, while the General Hospitals in the State can continue to concentrate on the secondary health needs of the people also.

Commissioner Inyangeyen revealed that, the project which was begun on April 7, 2020 will be completed in a week’s time, specifically pleading with the governor to grant them one more week to finish the work as they strive day and night to meet the urgency and deadline the situation demands.
He also disclosed that the Isolation centre, with all materials needed to complete it already procured, sits on a 240 square metre area, and is designed to have space for 300 beds, with 100 beds for VIPs and 200 for the general ward.

Inyangeyen also explained that, a two storey building of 20 ensuite apartments to house doctors, a fully equipped virology laboratory, a standard clinical lab, canteen and administrative offices are also part of the structure.

Commissioner Inyangeyen enjoined the people to rally around the administration and support Governor Emmanuel to enable him succeed in implementing his lofty vision for the State, adding that, the State Government may construct two more isolation centre’s in Ikot Ekpene and Eket Senatorial Districts. 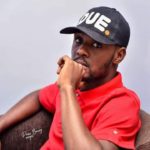