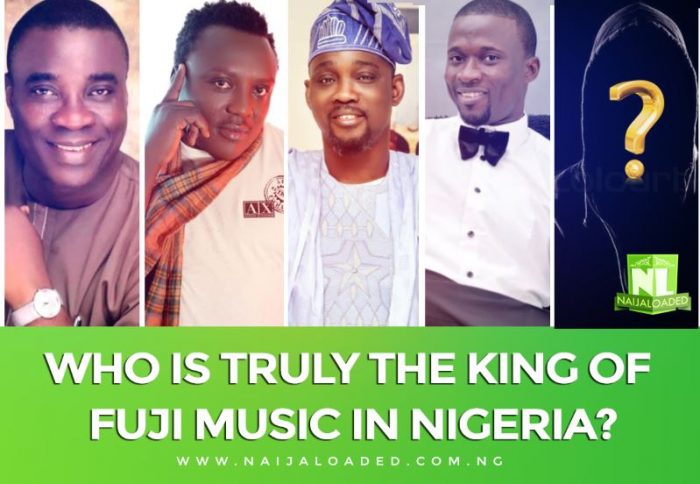 Nigeria Fuji music industry has since inception being a very tough rivalry Industry, even more than the Nigeria political realm.

We have numerous self acclaimed Kings in the zone, that even the Uprising acts in that genre called themselves King. Though every kind of genre has that common problem, as everybody thinks they are better than their counterpart.

But then, the Hip Hop came to a general consensus one time and proclaim Micheal Jackson the King of Pop, and ever since then I don’t think there is any heated argument about who the King of the Genre really is.

Hence, that’s the case in Our very own Fuji Music Genre, we have different caucus in that sphere with different Kings and heir to the throne in every sphere.

If you are conversant with the Fuji music thing, you will know we have two popular junta and that is Mateagbamole and Arabambi sect to mention a few. And it’s pertinent to mention that these two sect has Kings and heirs.

So! I guess with the self acclamation of being King in this splinter group called “Fuji” we won’t be able to choose a Sole King.

So I think, if they actually can’t come a mutual consensus and crown one person as the King of this Genre called “Fuji”, I believe with our own Alacrity and Sagacity in this realm of music we should be to select a king for them with regard to their Music dishing out prowess, Albums, Lyrical Meaning and Personality.

Now! Let me ask the Fuji Aficionadoes on Naijaloaded the very big question 👇

Who Is Truly The King Of Fuji Music In Nigeria?