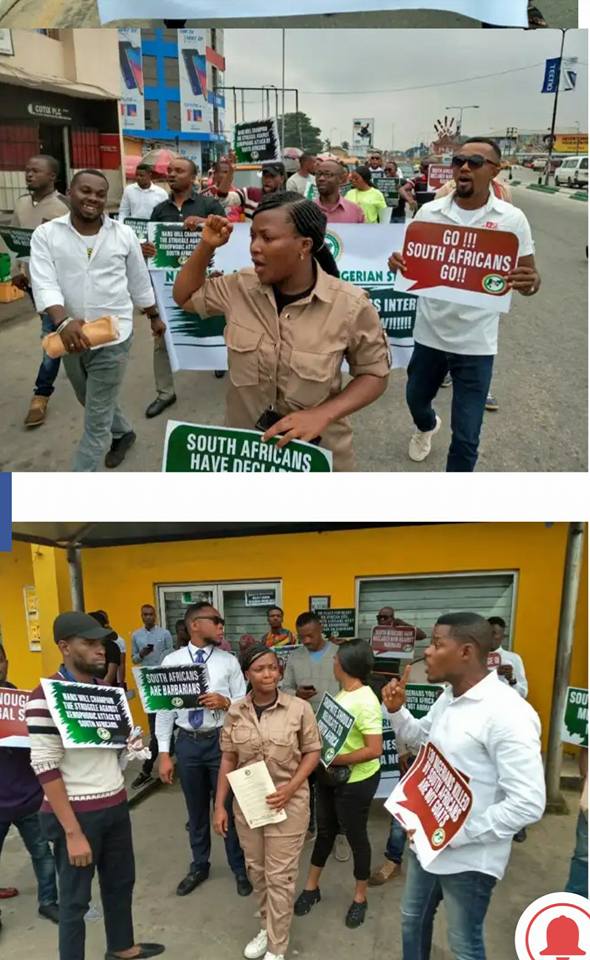 THREATENS TO SHUT DOWN MTN, DSTV, AND OTHER SOUTH AFRICANS COMPANY OPERATING IN NIGERIA.

Also Read: Kumuyi Come Under Fire for Advising Christians not to Attack Buhari
Ita, while speaking to newsmen during the protest, said “we will not take it, if the federal government has refused to do something, Nigerian Students will stand up and speak for Nigerians. MTN and DSTV are South Africans owned companies, and Nigerians are the highest subscribers, so why are you killing them? It is only cowards that kill out of jealousy, and we want you to know that we are not cowards.”

In his warning, he said, “We have been silent for too long, enough is enough as we will take it no more. Talk to your government and countrymen that if any Nigerian blood is shed again on South African soil, we will cripple and shut down every South African owned business here in Nigeria, as well as their citizens.”