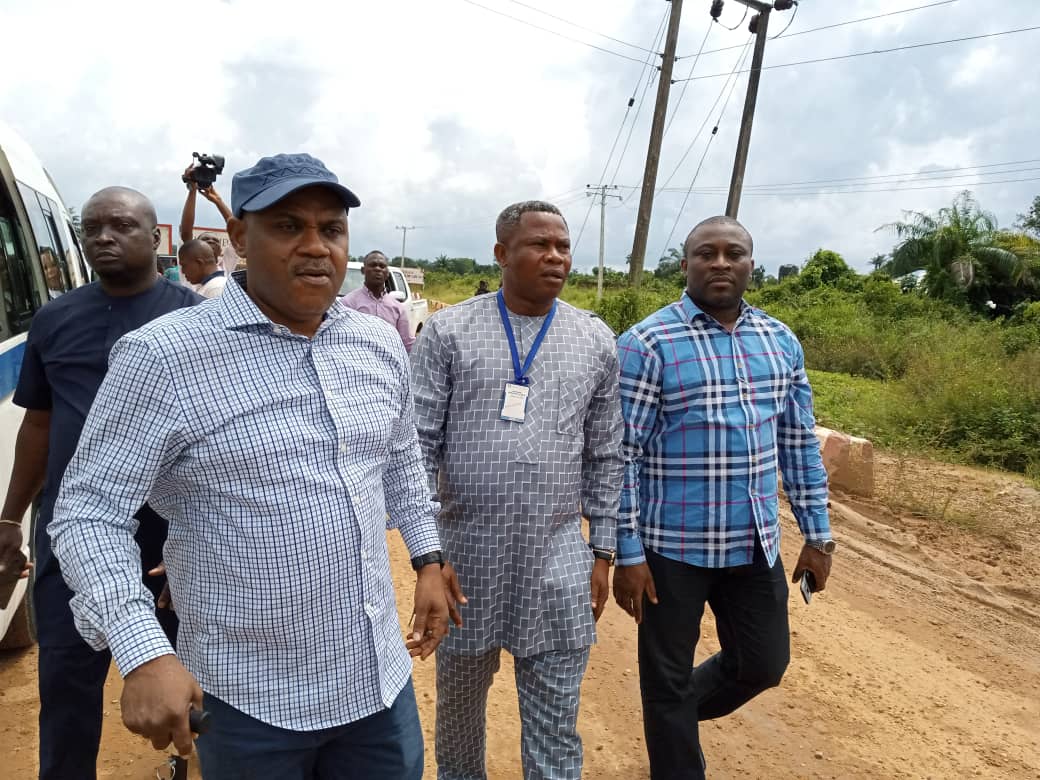 Following the constant complaints and hardship faced by users of the Calabar – Odukpani – Itu – Ikot Ekpene federal highway, the House of Representatives Ad-Hoc Committee on Works and Abandoned Projects, on Saturday 26th October 2019 embarked on a fact-finding mission.

In line with its responsibility of investigating abandoned projects all over the country, the Committee found out that the contract for the 87km road which is supposed to start from Calabar-Itu road Junction in Ikot Ekpene and terminate at Odukpani Junction, was haphazardly and unprofessionally awarded due to political interest.

It was discovered that out of the proposed 87km, only 21.9km was awarded for construction at a whooping sum of 54 billion, with a large chunk of 65.1km not awarded. This is at gross variance with blatant lies by some persons that the entire stretch was awarded and work almost completed.

A breakdown of the “awarded” and “not awarded” portions of the road showed that Ikot Ekpene to Ididep which is 36.1Km had not been awarded, while the portion from Ididep to Ayadehe bridge which is a distance of only 12.2km was awarded. From Ayadehe bridge to the Power Plant which is 29km was also not awarded, while the remaining portion from the Power Plant to Odukpani Junction, totalling 9.7km, had been awarded.

Further investigations revealed that the contract, awarded on April 24, 2018, was supposed to last for 30 months but non-funding resulted in the suspension of the job in May 2019 by Julius Berger Plc. The project contractors, Julius Berger disclosed that they received only 7.4 billion out of the 54.1billion earmarked for the project, with about 60% of the 7.4 billion withheld for compensation purposes leaving them with a paltry 3.4 billion to execute the project, which was grossly inadequate. In other words, only less than 13% contract works and payment has been fulfilled.

The House of Representatives Committee wondered why the project would be punctuated by bushes in between, a situation it frowned at, describing it as unacceptable.

The Committee, having concluded investigations will present a final report about the actual state of the project to the National Assembly and the President through the Minister of Works and Housing. The committee has warned agents of falsehood peddling lies about the project to the undiscerning public, to desist forthwith.