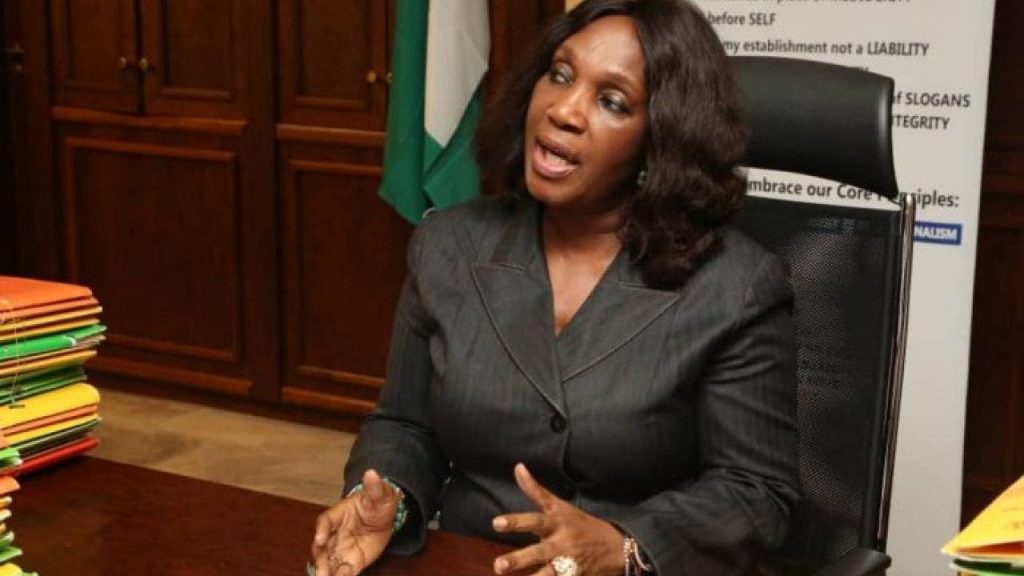 Nunieh said she will not stop telling Nigerians about the activities in the NDDC, adding that Akpabio cannot kill her.

The ex-MD stated this on Thursday in an interview with reporters at the Rivers State Government House in Port Harcourt after Governor Nyesom Wike rescued her from a Police siege at her residence.

She said she was safe at the Government House, accusing Akpobio of trying to use security operatives to stop her from giving her submission before the House of Representatives Committee on the NDDC.

She stated “I was supposed to be going today to Abuja to make my submission before the House of Representatives Committee. I’m sure it’s about that.

“It is a criminal offence. It is life imprisonment to take an oath, to even offer me an oath is liable. So, I am here.

“I feel very safe in the Government House. I am safe here. Akpabio can’t kill me. He can’t. I am not from Uyo. He can’t kill me. And why do people think he has a monopoly of violence?”

Recall that Governor Wike had moved Nunieh out of her residence to Government House Port Harcourt on Thursday.

Wike’s visit was predicated by the invasion of the residence of Nunieh by the police.

DAILY POST reports that the reason for the Governor’s interference is yet unknown, as the development is said to be coming ahead of Nunieh’s appearance before a House of Representatives panel in Abuja investigating the activities of the NDDC.

One thought on “NDDC: Akpabio can’t kill me, I’m not from Uyo – Joi Nunieh breaks silence after police invasion”