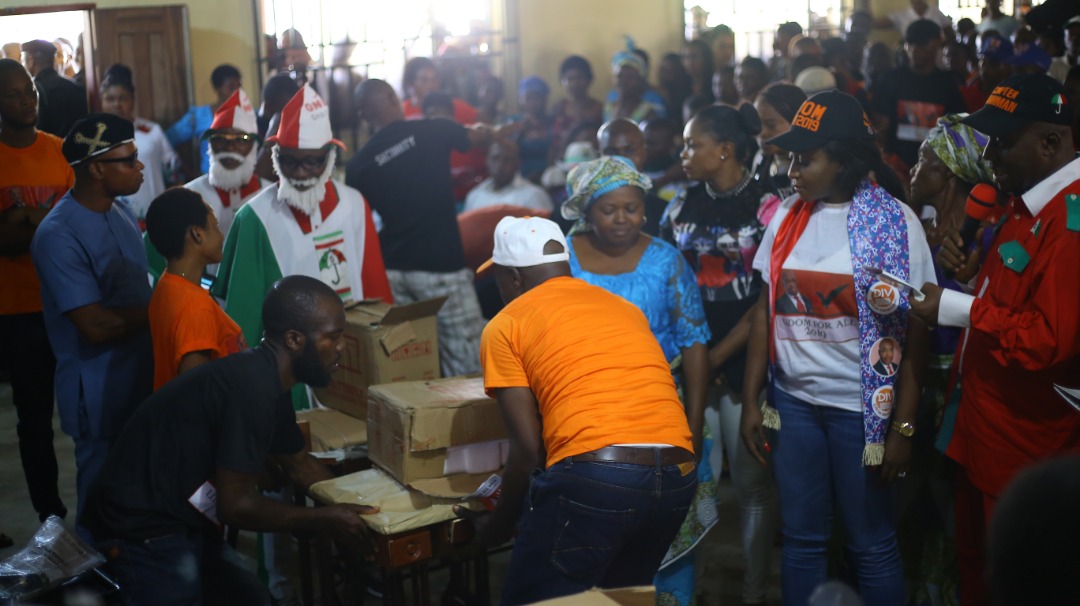 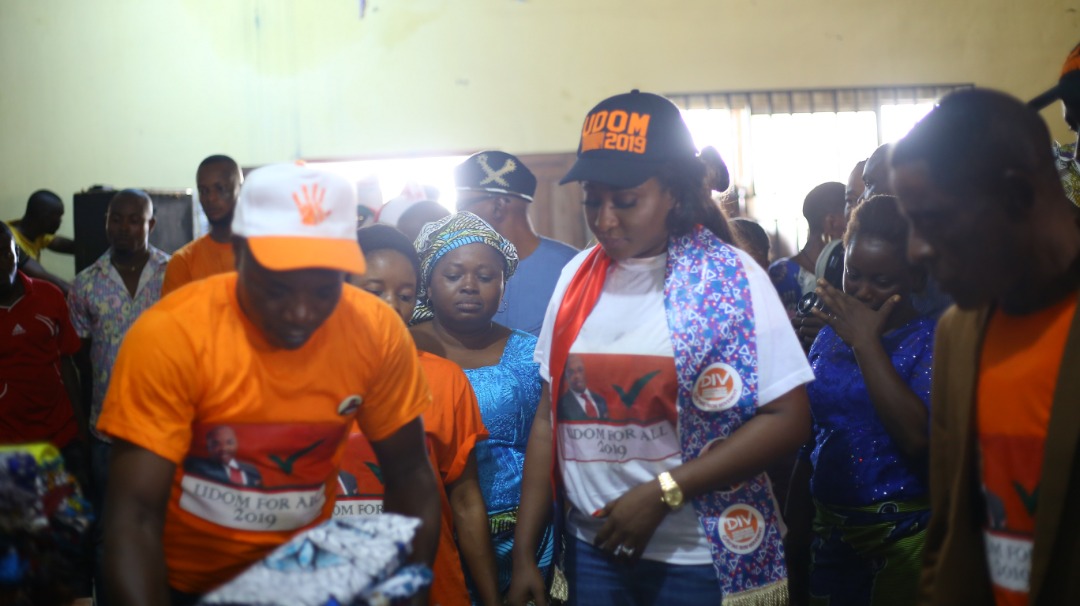 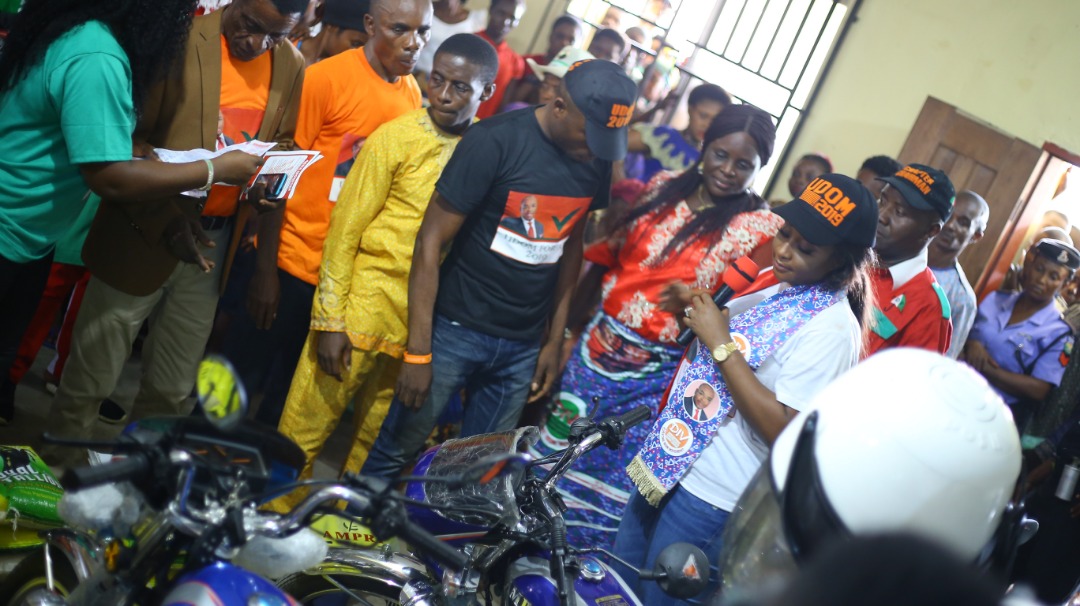 It was all smiles as the people of AWA Ward 1, Onna Local Government Area gathered in their numbers as the Special Assistant to the Government on Culture and Tourism, Ini Edo doled out numerous empowerment packages to the people of the area.
Speaking at the event held at Onna, the Chairman of PDP in the area, Barr. Ubong Adiahakpan, thanked the SA for her kind benevolence towards the people of the area describing it as a show of love towards them. He stated that it is very important for political office holders to always find time out of their busy schedules at converse with their constituents as it will further strengthen the bonds of love between them and the people. He described her as being from a good home hence the love in her heart to give back to the people in her own little way.

“Ini Edo is a daughter from a good home and it is because of that proper home training she enjoyed that has made her a good image both as an entertainer and an office holder. For that reason, I thank her for these items because she has done beyond my expectations.” he stated.

He maintained that the People’s Democratic Party in the area and indeed the entire Onna Local Government Area are in total support of Governor Udom Emmanuel second term bid while charging them not to relent in their efforts in making sure that the dream is a success.

In her speech the Senior Special Assistant to the Governor on Education Monitoring, *Mrs Idongesit Etiebiet*, expressed happiness over the empowerment packages given while charging the beneficiaries to ensure they make proper use of it. She also charged the people to ensure that their voters card is kept intact to return the governor back to the hilltop mansion come 2019.

“Governor Udom Emmanuel has performed creditably well over the few years and it is pertinent that as people from his immediate ward, you all return him back to continue with his industrialization plans for the state.” she stated.

Several goodwill messages from the Ward Chairman, the village head, wife of the paramount ruler, special assistant to the Governor on Entertainment Industry, acknowledged the philanthropic gesture shown by the SA describing it as a gesture coming at the right time. They charged the people of the area not to be deceived by the one term agenda of the opposition party describing it as false and uncalled for.

In her remarks, the Special Assistant to the Governor on Culture and Tourism, *Ini Edo* stated that the empowerment packages are done out of love for her people. She appreciated Governor Udom Emmanuel for providing the avenue for her to be able to give back to her people and charged the people not to relent in their efforts in making sure their illustrious son, the Governor is returned back to the hilltop mansion come 2019.

“Today is made possible because of Governor Udom Emmanuel and as his immediate constituents, it is a must that we support him without any external interference.” she stated.

She advised them not to be swayed by the winds of defections in the state stating that with God on their side and the total support of the people, the second term mandate of the Governor is sure.

Highpoint of the event was the presentation of packages ranging from motorcycles, sewing machines, hair dryers, generators, clippers, wrappers, food and cash items to beneficiaries.