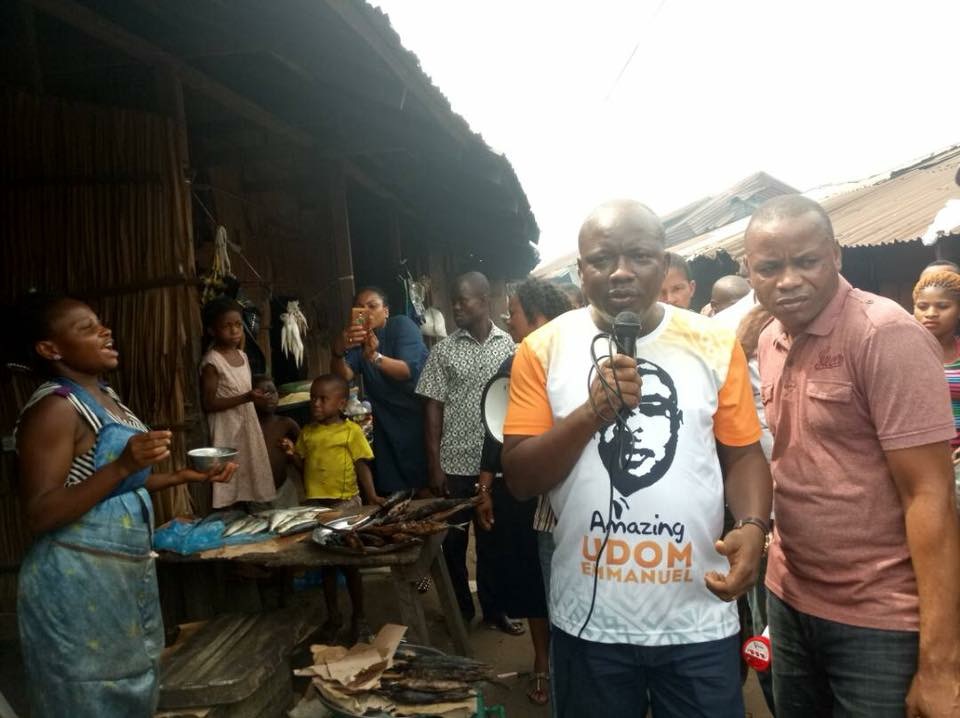 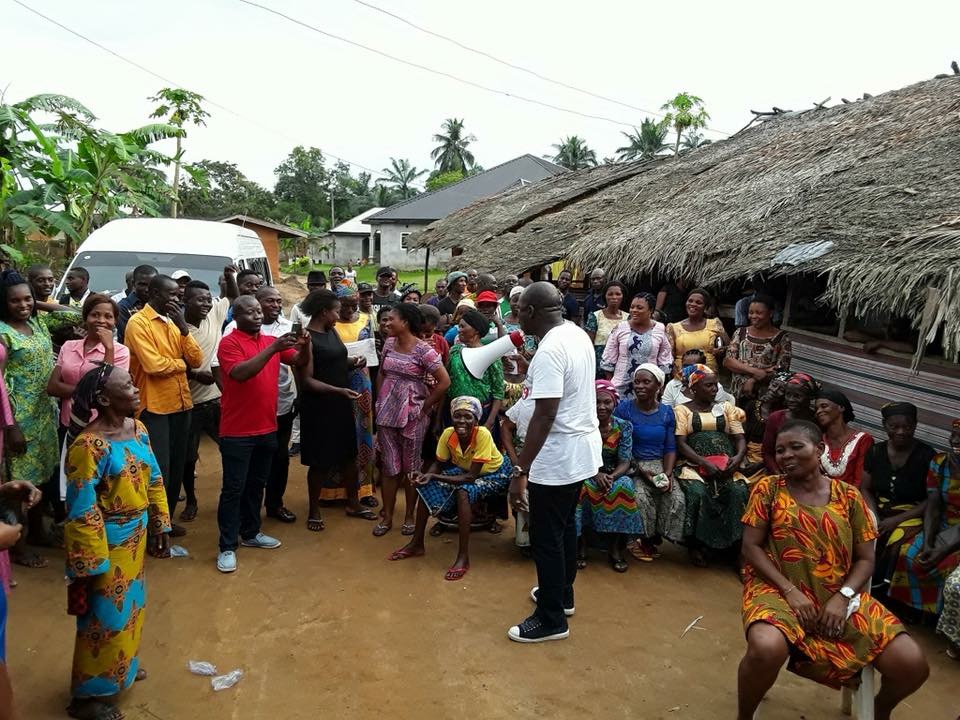 The atmosphere at the Oro township stadium during the reception organized in honour of the Secretary to the State Government, Dr. Emmanuel Ekuwem and the first female President of Oron Union, Princess Janet Amba, was both electrifying and colourful. Jubilant ecstatic voices of ardent and unwearied supporters of Governor Udom Emmanuel rented the air as they, despite the scorching sun, displayed unprecedented sense of loyalty and appreciation to the administration of His Excellency, the Governor.

The adjudged his performance in development within the shores of A’Ibom as unrivalled, drawing particular attention to the fact that he has upped the ante of quality governance as evident in his effort to remodel the state beyond the era of uncommon transformation.

Looking through the pinhole of that epoch-making event, the glamorous exposition and unquantifiable flares of dignity, tradition and the multifaceted role of an Oro man towards achieving the overdose of the event, it is enough to make vituperations that will portray without prejudice the real lovers of both Oro nation and the Udom’s administration. 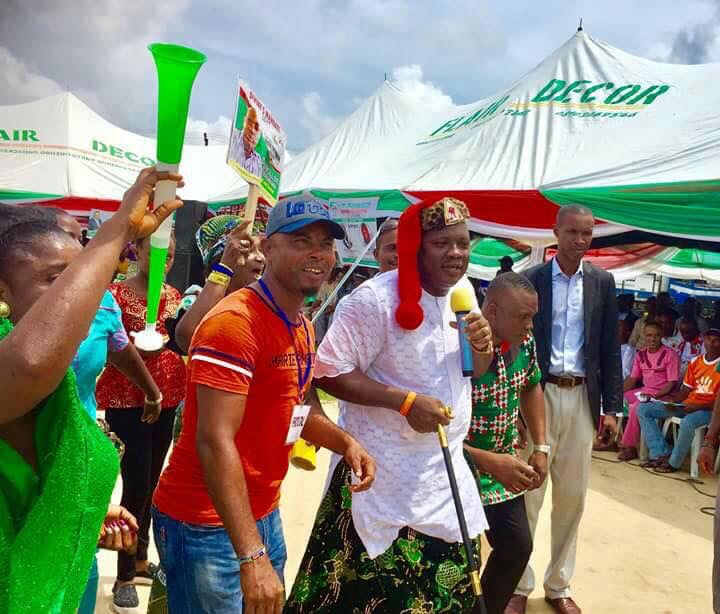 Oro is blessed with distinctive personalities in the academic, entrepreneurs and political spheres who have made great and successful exploits in their chosen fields of endeavors.

However, as a people, they have been faced with a plethora of challenges including diverted and misplaced focus in their political pursuits with the negative consequences of leaving substantial and selfless pursuit to the display of greed and selfishness by some persons.

They have been tottering on the wheels of supposed commendable exploits. It is this division of interest, which supersedes the once bonded interest of ORO ethnic society that sprinted the sterile integrity of of some men, who have sacrificed their greed on the altar of services to humanity, worthy of note to the fore, for their undying quest in the success of Oro Nation.

Many who knew the Late Oyong Asuquo Oyong, a one-time Commissioner for Local Government and Chieftaincy Affairs during the Godswill Akpabio era said he was indeed a true friend of Oro Nation. They cited the many accolades and encomium poured on him even on his demise to be the factor that speaks volume of his genuine interest to better the lives of the oro people and aid in infrastructural renaissance to commensurate their contributions to the political stability of the state. Juxtaposing the friendly attributes of the late Oyong and Rt. Hon. Victor Antai to the Oro people, there is no need struggling to quantify ‘in a comparative note’ their similarity, because there is a close gap in that regards.

Victor Antai, Commissioner for Culture and Tourism was exceptionally outstanding in the camera through the auspicious moment of Dr. Ekuwem and Princess Janet Amba’s joint celebration by the apex socio-cultural group. Antai’s obvious exhibited passion for the event’s success was not just displayed in the roaming camera, but justified in the outnumbering devoted supporters who carried bilboards, placards in support of the Governor and at the same time, venting for him to represent not just the Oron interest but Eket Senatorial district in the Upper Chamber of the National Assembly, come 2019. 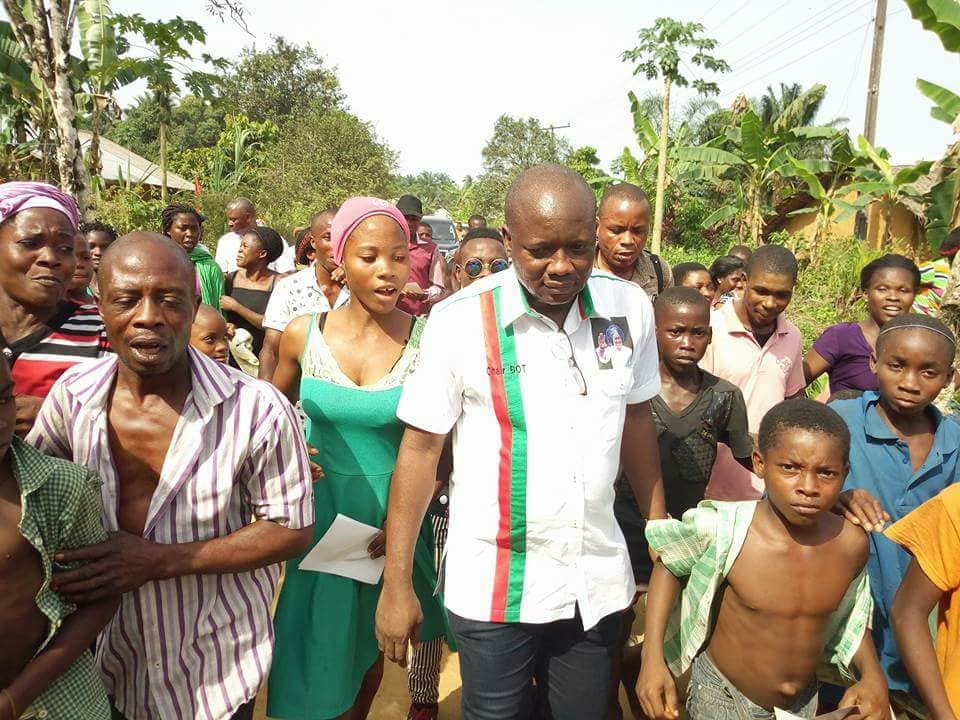 It was outstanding to note that the event ended in the field but continued in full gear at Antai’s home residence. All the local governments were present, merrying with cash support from Antai, and commending the Governor for remembering Oron in a recessive economy and also giving Victor Antai the opportunity to serve in his cabinet.

Of all the flared assertions during the epoch making event, the grouse for this commendation piece is one that said that Antai sacrificed for the success of the event and others in government circle benefitted from his act of benovelence. They even aledged that some made away with the money given groups by the Governor. Coming from an Oro son, Johnson Usukunyi, on his facebook timeline, aledging he doesn’t love Victor Antai, but many like him who do not like Antai, ate, wined and smiled home with pocket money, is beyond prove that Antai is loved even by his enemies.

It is only genuine interest that can attract development uncompromisingly, it is only the fearless heart that can give the ethnic society considered as the minority a political stance and a louder voice. That Oro interest can only be protected by someone who has the people at heart and one who will not allow pecks from political office cloud his sense of reasoning. There will be none among the conglomeration of Eket Senatorial district aspirant to the senate that will give Oro the desired representation than Victor Antai.

Oro, it is thinking time; a time to decide whether to be heard or silenced by our collective choices.