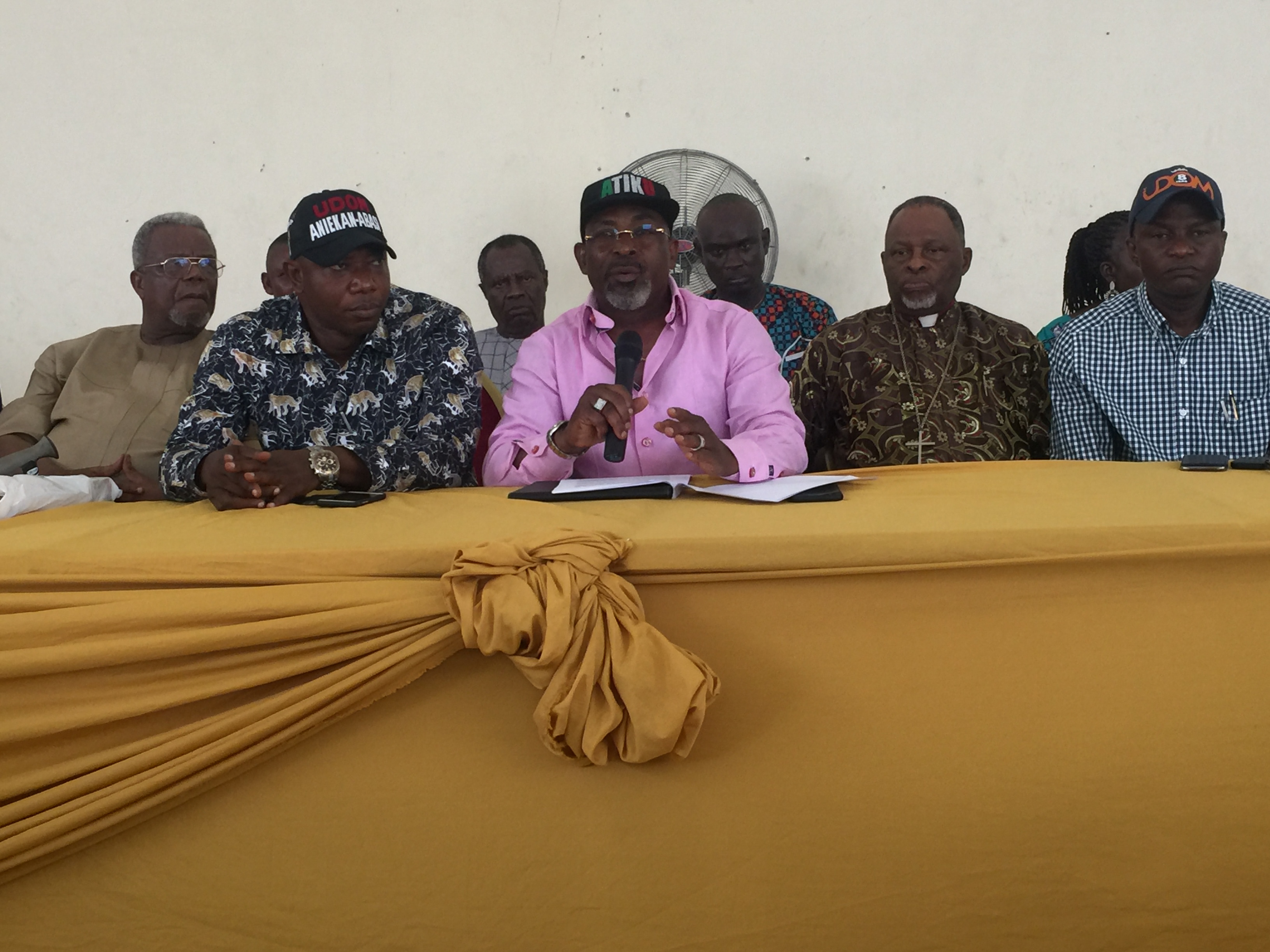 TEXT OF A PRESS CONFERENCE BY PDP – ABAK/ETIM EKPO/IKA FEDERAL CONSTITUENCY ON THE EVIL AND SINISTER PLOTS BY THE LEADERSHIP AND RANKS OF THE ALL PROGRESSIVE CONGRESS (APC) TO DISRUPT THE ELECTION CAUSE MAYHEM, KILLINGS, UNLAWFUL ARREST AND ILLEGAL DETENTION OF SOME LEADERS AND MEMBERS OF THE PEOPLES’ DEMOCRATIC PARTY (PDP) IN AKWA IBOM STATE

Gentlemen of the Press,

In fact, the above named persons are to be abducted, kidnapped, killed or arrested before or during the election. It was one of the persons who attended the meeting at Mr. Ini Okopido’s house who alerted us on the heinous plot. We wish to state unequivocally that should anything happen to the aforementioned persons or any of them, the earlier listed cohorts should be held responsible.

We, the members of the Peoples Democratic Party (PDP) in Abak Federal Constituency and Akwa Ibom State in general want to restate and reiterate that we demand a violent free election, devoid of rancor and horror. Given the present ranking of Akwa Ibom State in the Community of other States in Nigeria as the most peaceful State, we want the status quo to be sustained now and after the election.

We do hope that the APC will provide the enabling environment for the sustenance of our hard earned democracy, driven in Akwa Ibom State by the spirit filled DIVINE MANDATE of his Excellency, Deacon Udom Emmanuel whose faith is in ONLY GOD.