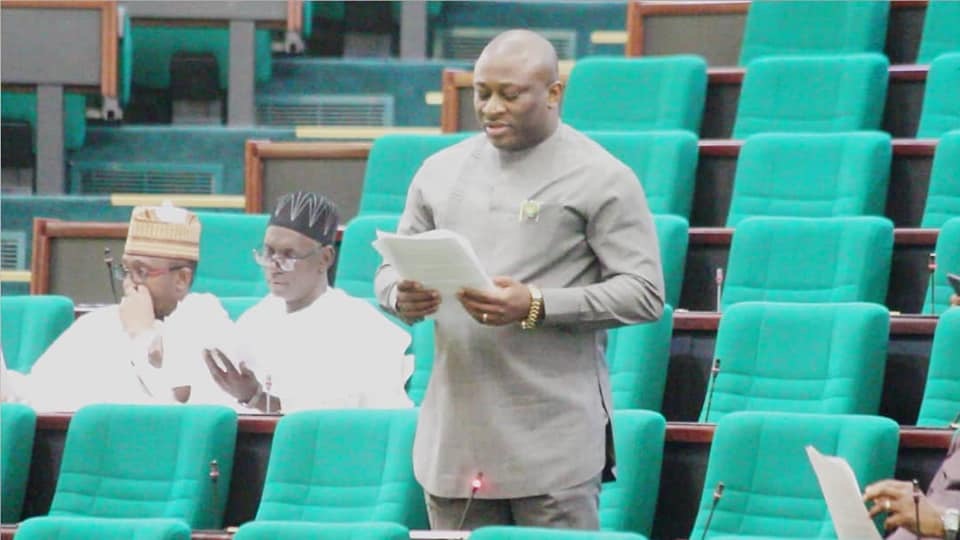 The member representing Ikono/Ini Federal Constituency in the House of Representatives, Hon. Emmanuel Ukpong-udo has decried the poor state of tertiary education in the country despite huge investment by the government in the development of tertiary education through TETFUND, which has resulted in huge funds being spent by Nigerians to attend foreign universities. In a motion he brought before the house during plenary today, the Lawmaker was alarmed at the continuous decay of infrastructures in Nigerian universities and sued for urgent measures to be taken to address the unfortunate situation.

Ukpong-udo informed the House that TETFUND was refocused to intervene in only public institutions for maximum impact, disclosing that the country has a total of 263 institutions – comprising 40 Federal Universities and 44 State Universities; 29 Federal Polytechnics and 48 State polytechnics; 29 Federal Colleges of Education and 49 State Colleges of Education; 22 Federal Monotechnics and 2 owned by states – under TETFUND intervention.

Furthermore, he stated that in 2019, the President revealed the release of 208 Billion Naira as intervention fund, making a total of 895 Billion Naira, between 2016 and 2018. In addition there is a 2% tax imposed by the Tertiary Education Trust Fund Act, 2011 on the profit of all registered companies operating in Nigeria.

Speaking further, the federal lawmaker stated that TETFUND interventions were also anchored on many areas, like Research Grants, Academic Staff Training and Development, yet most lecturers get the grants and refuse to develop themselves which is still detrimental to the education system.

The Lawmaker noted that the country still has issues of mismanagement of the funds with Heads of tertiary institutions leaving flamboyantly above their income while there remain issues of unequipped libraries, dilapidated and insufficient hostels, classrooms and toilet facilities, describing the situation as a case of “robbing Peter to pay Paul.” He stressed that if these monies were put to proper use in our tertiary institutions, the country would not be facing this decadence, urging TETFUND to manage, disburse and monitor the funds received from tax to public Tertiary institutions in Nigeria.

Rep Ukpong-udo concluded by calling on his colleagues to join hands to address the issue of poor learning environments and facility in the country’s tertiary institutions. This way, the country can produce graduates who can stand proud anywhere in the world, while the tertiary institutions can compete favourably with others elsewhere.