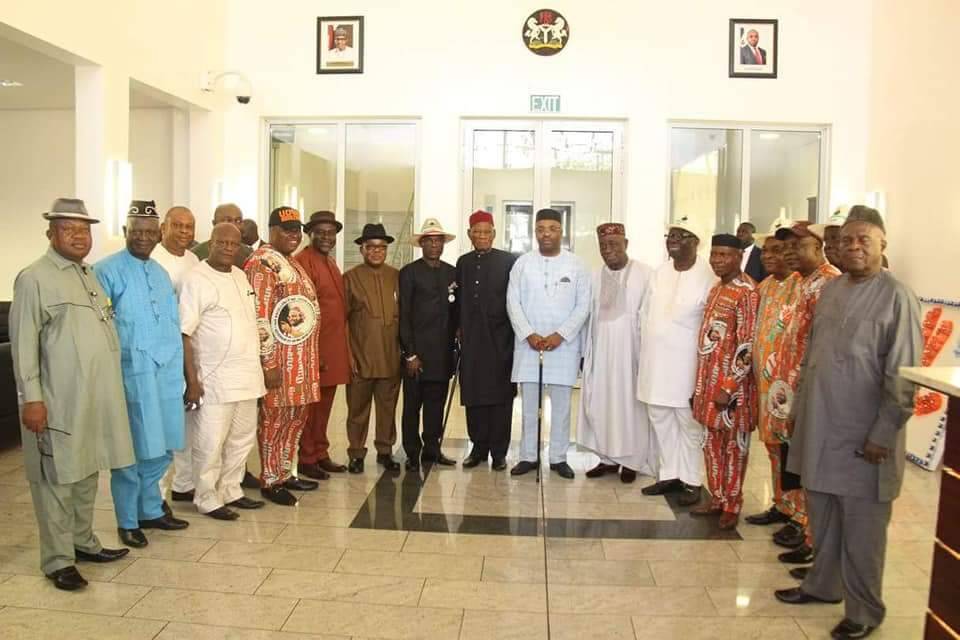 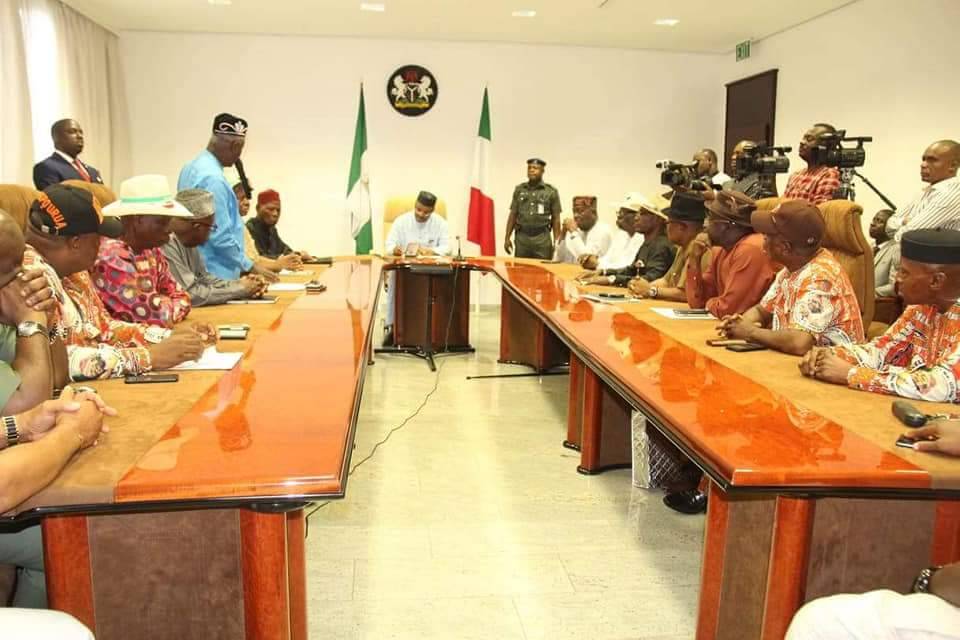 The unity and peace agenda of Governor Udom Emmanuel administration, Wednesday further received a boost when kinsmen of Senator Godswill Akpabio paid him a solidarity visit, to re-affirm their commitment and support to his re-election in 2019.

Led by the political father of the senatorial district, Pa Michael Afangideh, the elders said that having watch developing scenarios in the polity, they have no choice than to cement their earlier support and solidarity to the second term bid of the Governor.

Essien Udim is the birth place of Senator Akpabio and his Godfather, Chief Afangideh said his people are ready to support the incumbent governor for eight years, just as they supported his predecessors including their son.

“You have done well in the past three and a half years, and we will ensure that the remaining four years are secured. If we don’t do it, the Almighty God will vent his anger on Essien Udim”

He said despite the overtures from some persons who defected to the APC, they have maintained their stance that they are not defecting.

Chief Afangideh who maintains an unassailable leadership profile in the district, said it was part of their culture for a child to follow an elder, and that as elders they were not prepared to be led astray by any young person.

He said the defection was not as painful as the resort to brandishing the brooms around as a party symbol, adding that their own definition of a broom was that of toilet cleaning and other slave mentality.

He said the Ikot Ekpene –Uyo road that Akpabio earlier complained about, is currently nearing completion, and that since the Governor has not wronged them in any way, he they cannot forsake him.

“The Almighty God that we worship in Akwa Ibom and in Essien Udim, will stand by you,” Afangideh concluded.

Governor Emmanuel, in his response, was appreciative of the visit by the elders of Essien Udim, saying he was emotional about the passion and love they showed in visiting him.

He said the delay in the meeting was caused by the demands of his office, announcing that with the arrival of more containers of medical equipment he ordered for the remaining remodeled hospitals in the state, his attention was needed outside the state.

He said power belongs to God, and reassured them that his passion for development of the state and the people was uppermost in his mind.

He said he had vowed never to join issues with his predecessor in office, despite the provocations, saying rather that the events of recent times in the polity, have only strengthened his faith in God.

“Even God says that man can disappoint you but He himself can never forsake you.”

He recounted that he had done his best to retain the peace in the state, and that till date, no one can point at anything he did wrong to warrant the provocations.

He said God will respond on his behalf, adding that the Golden rule forbids one to do to another what he abhors.

He said the fight orchestrated, is against the destiny of the state, and not against his position as Governor, adding that God who sees all has seen the unprovoked fight against him, and will reply appropriately.

He said he was committed to the cause of the state and will work assiduously to achieve his aim in the state, announcing that Starwood Group will soon arrive to complete formalities on the Four Points by Sheraton Hotel in Ikot Ekpene.

In the delegation of the elders also included the former deputy of the State, Engr. Chris Ekpenyong, the chairman of Essien Udim Sir Ralph Isobara, as well as serving and former political leaders from the area.