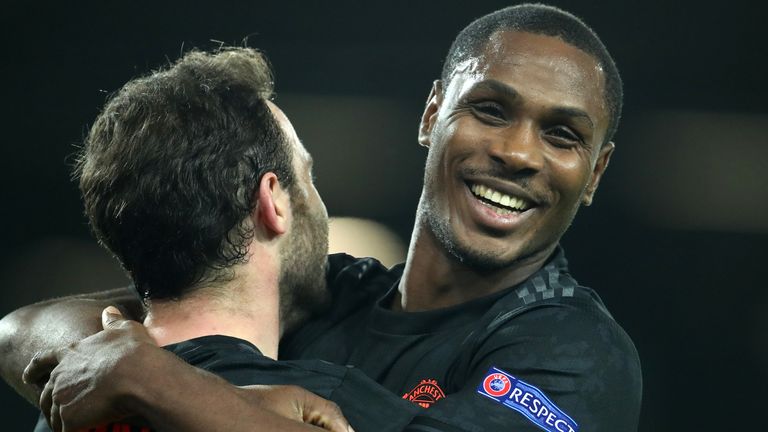 Former Nigerian international striker Odion Ighalo has said that he hopes his loan deal at Manchester United is extended until the Premier League season is completed.

The 30-year-old moved from Chinese side Shanghai Shenhua in January on a loan which expires on 31 May.

The English Premier League hopes to resume the season in June but this may conflict with the Chinese Super League who are also scheduled to commence their new season during the same period, meaning that Ighalo may have to return to his parent club.

Reports from England suggest that Manchester United are keen on extending Ighalo’s loan deal and even signing him on a permanent basis.

The former Watford striker has enjoyed a productive return to the English Premier League, playing eight games in all competitions and scoring four goals. His last goal for Manchester United, the team he supported as a boy, came in the 5-0 win over LASK of Austria in a Europa League last-16 tie on 12 March, 24 hours before the Premier League season was suspended.

United are fifth in the Premier League with nine games remaining.

Ighalo called time on his international career after winning the Golden Boot at last year’s Africa Cup of Nations in Egypt where the Super Eagles finished third. He believes the Premier League will make the right decision in order to ensure players are “safe and healthy” if and when play resumes.

The Premier League is currently finalizing plans for Project Restart, the scheme the body has created for their plans to conclude the 2019/2020 season. However, the plans are for a resumption, rather than starting from scratch entirely. The plan outlines the key dates for clubs to return to training and for matches to take place, as well as outlining how the players will be kept safe.

The meeting will depend heavily on British Prime Minister Boris Johnson’s national address on Sunday, May 10 on how the country is tackling the coronavirus pandemic and plans for lockdown moving forward.

Meanwhile, the Chinese Super League is hopeful of restarting in late June or early July. Matches will be played behind closed doors initially with fans returning to stadiums in phases. The CSL format will also likely be amended to fit matches into a shorter time frame.

The Chinese football association has made a proposal for all professional clubs to cut the salaries of players and coaches by up to 50% to help combat the financial impact of the pandemic.