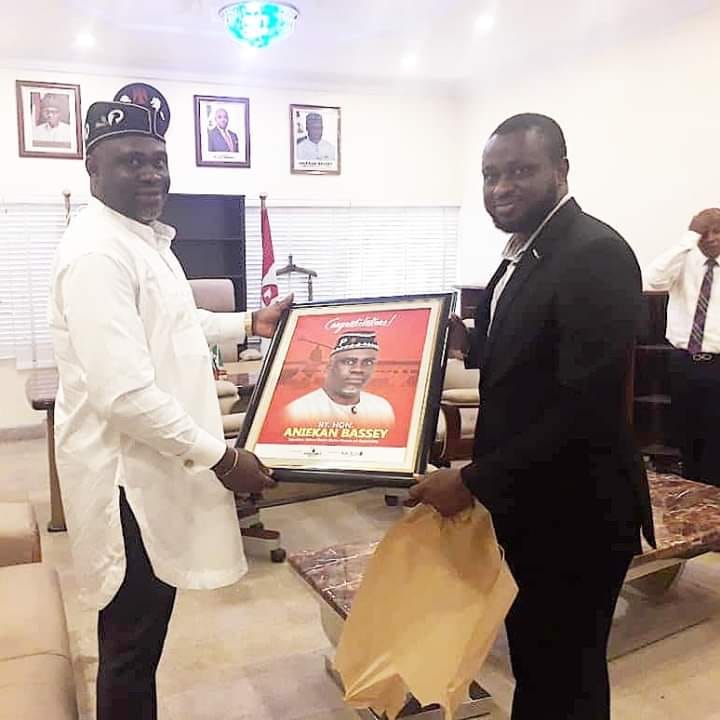 The speaker of the Akwa Ibom State House of Assembly, Rt Hon Aniekan Bassey has pledged to run a people-centric 7th Assembly. Speaker Bassey made the promise when Ascend Communications, publishers of Assembly Watch paid him a courtesy visit.

Bassey said he intends to lead an assembly whose legislative engagements will revolve around the constituents, stating that such engagements will be the only way to ensure that the electorate are carried along in the process of legislation.

Speaker Aniekan Bassey said this will be achieved through town hall meetings to gather information on needs of the constituents, constituency briefings to intimate constituents on progress of legislative representation, as well as regular appraisals and briefings. Bassey said these engagements are imperative if the lacuna between the legislature and the electorate is to be bridged.

Mbon said Assembly Watch existed to bridge the communication gap between legislators and the general public; while also appraising performance of legislative representatives both in the state and Abuja.

High point of the visit was the presentation of a commemorative souvenir portrait to congratulate the speaker on his recent election as speaker of the Akwa Ibom State House of Assembly.