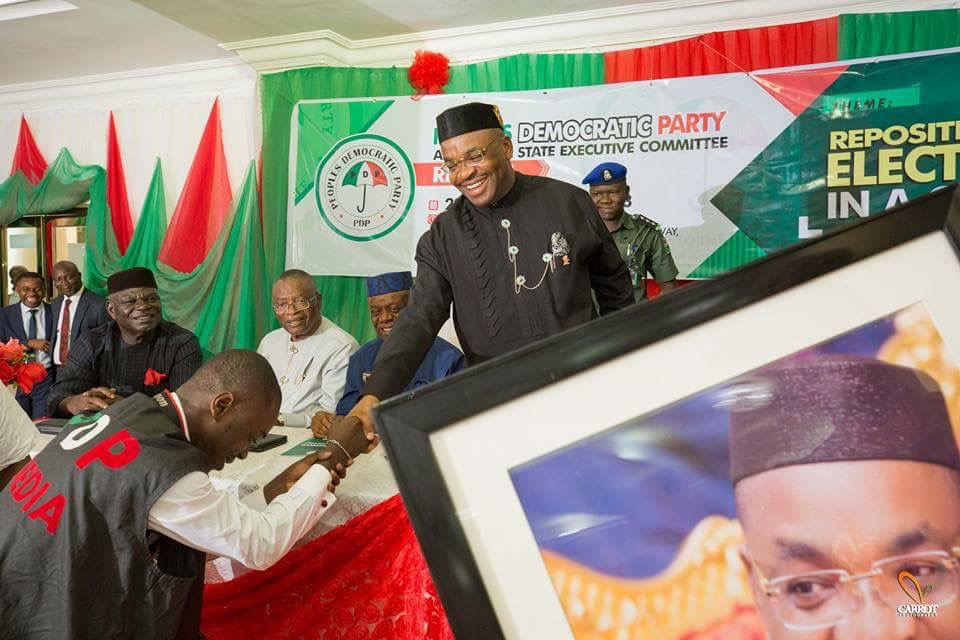 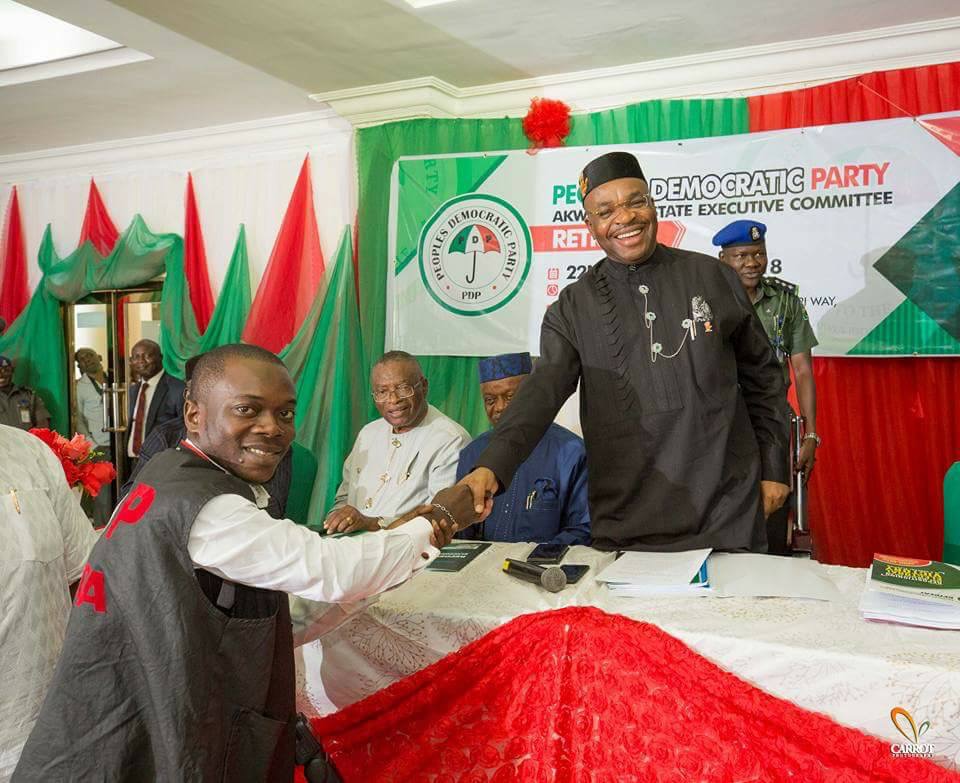 Months ago, a photo-journalist who works with the Publicity Secretariat of the Peoples Democratic Party, Prince Bassey took a lovely photograph of His Excellency Gov. Udom Emmanuel during the PDP South-South Zonal meeting in Port-Harcourt. In a post he made on Facebook, he wished to have that picture hung on the walls of the Government House. Today his prayers were answered as that same photograph was presented as a memento to the Governor by the State Chairman of the Party, Obong Paul Ekpo during the closing ceremonies of the just concluded State Executive Committee Retreat of the Peoples Democratic Party, Akwa Ibom State.

Gov. Emmanuel commended the promising young man, encouraged youths to excel in their chosen vocations, and in line with his Dakkada philosophy donated a brand new professional camera to him. 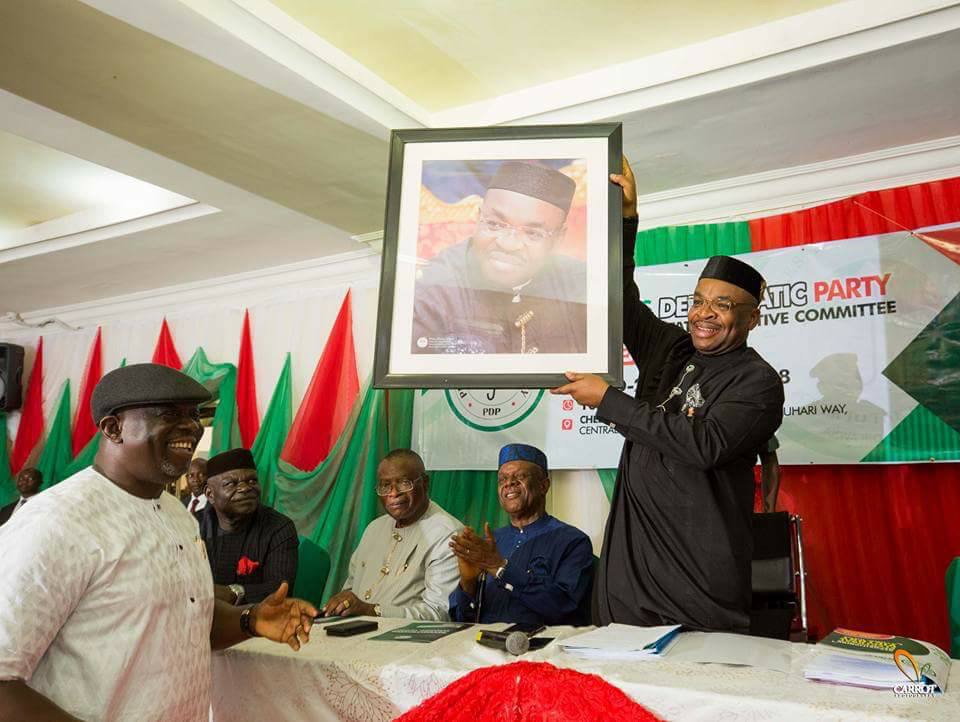 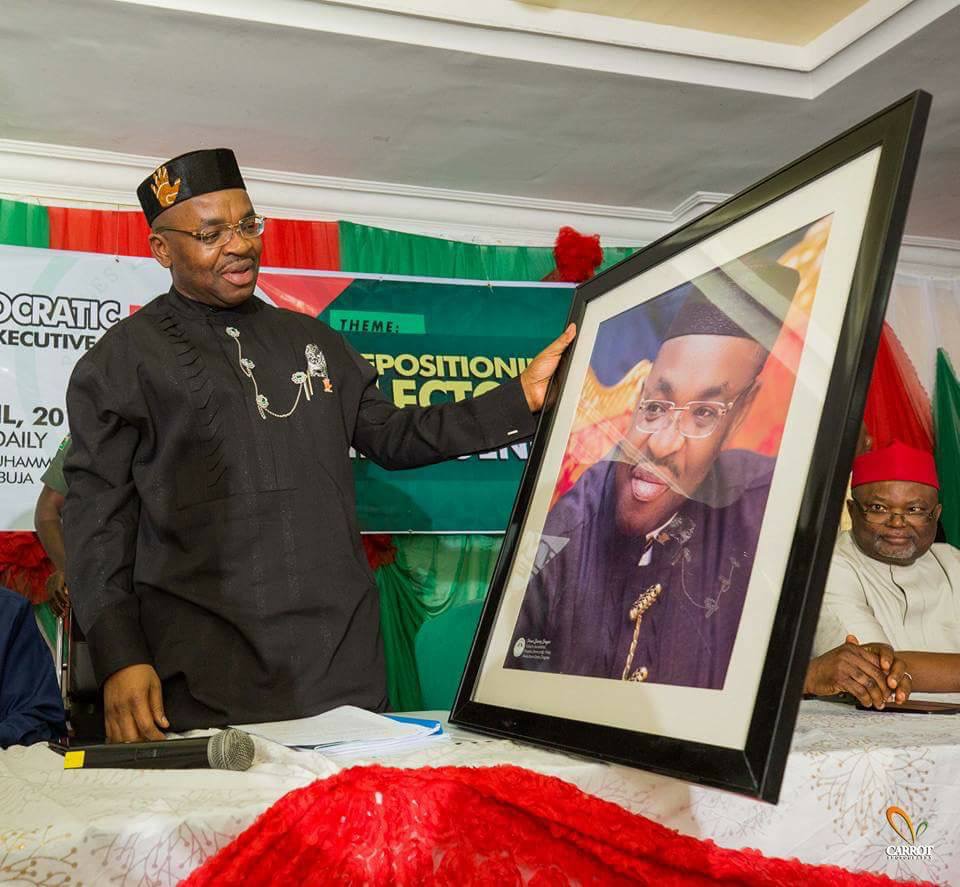 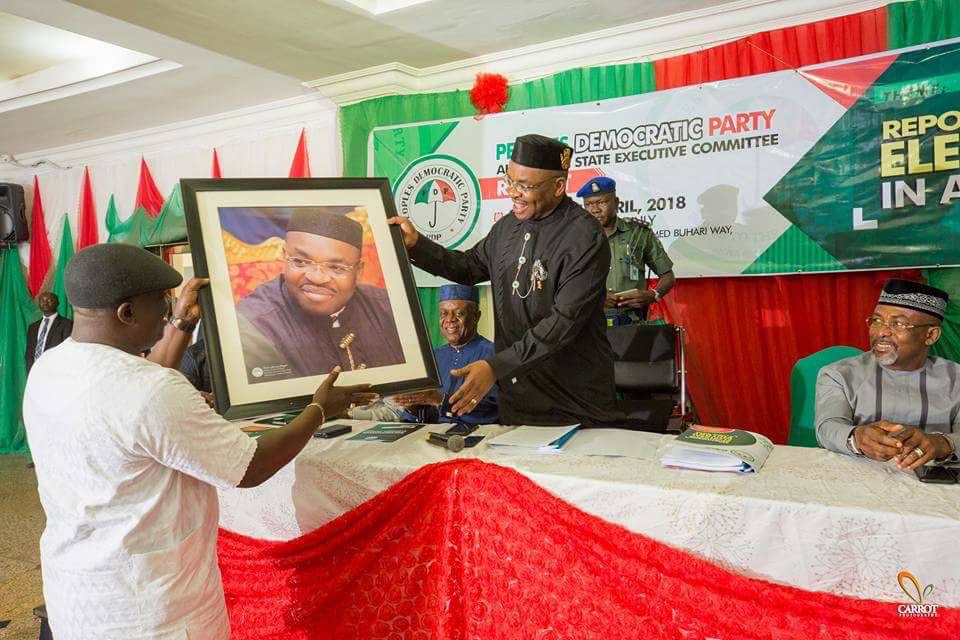 Congrats to Prince Bassey, thanks to Obong Paul Ekpo, and kudos to Com. Ini Ememobong for making it possible.