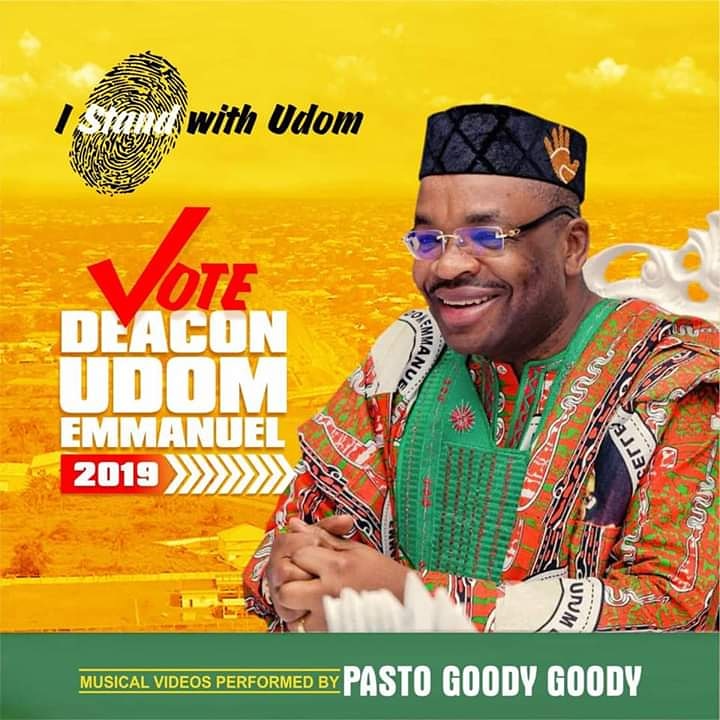 Akwa Ibom’s finest music sensation, Pasto Goody Goody says he had a hard time capturing all of Governor Udom Emmanuel’s projects in five music videos he is about to release this weekend.

He made this known while having a chat with Press men on Monday at the Victor Attah International Airport.

The ‘Afo Do Legend’ crooner highlighted that the music videos were shot to eulogize the good works implemented by the recently honoured Overall Most Performing Governor in Nigeria and executive Governor of Akwa Ibom State, Mr. Udom Emmanuel, during his first tenure in office.

Goody reiterated his commitement to continually drum support for the Governor due to his superior performance in delivering his promised manifesto of a safe, peace, prosperous and industrialized state.

About 30,000 copies of #GoodysDiaryOfUdom, comprising of 5 videos and 6 audio tracks, has been produced and will be distributed free of charge to Akwa Ibomites.

The videos and audio tracks will officially be released on Social Media and major TV/Radio stations across the country with an expected 20 million views before the end of 2018.