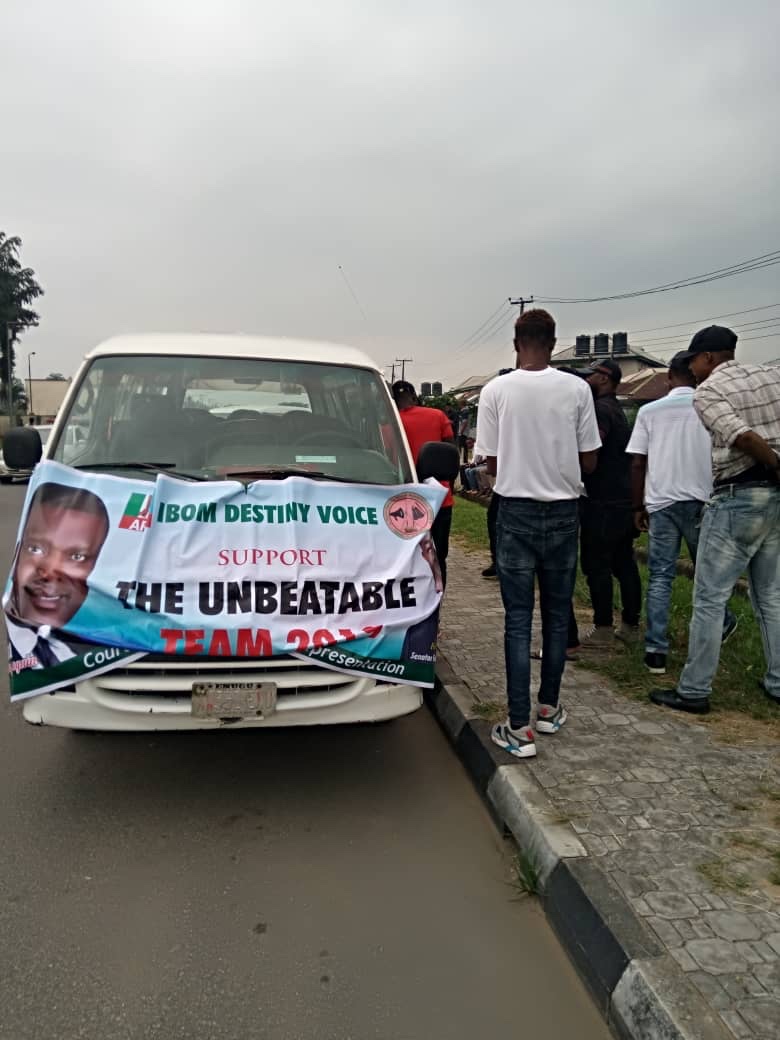 Contrary to claims by Mr Eseme Eyiboh on Channels TV that the thugs who attempted to block the entrance to the Akwa Ibom State House of Assembly on Monday are not APC members, this video footage proves otherwise.

The Speaker of the AKHA , Rt Hon Onofiok Luke on arrival at the complex in a rare show of courage attempted to speak to them but they refused to be orderly, instead started fermenting trouble.