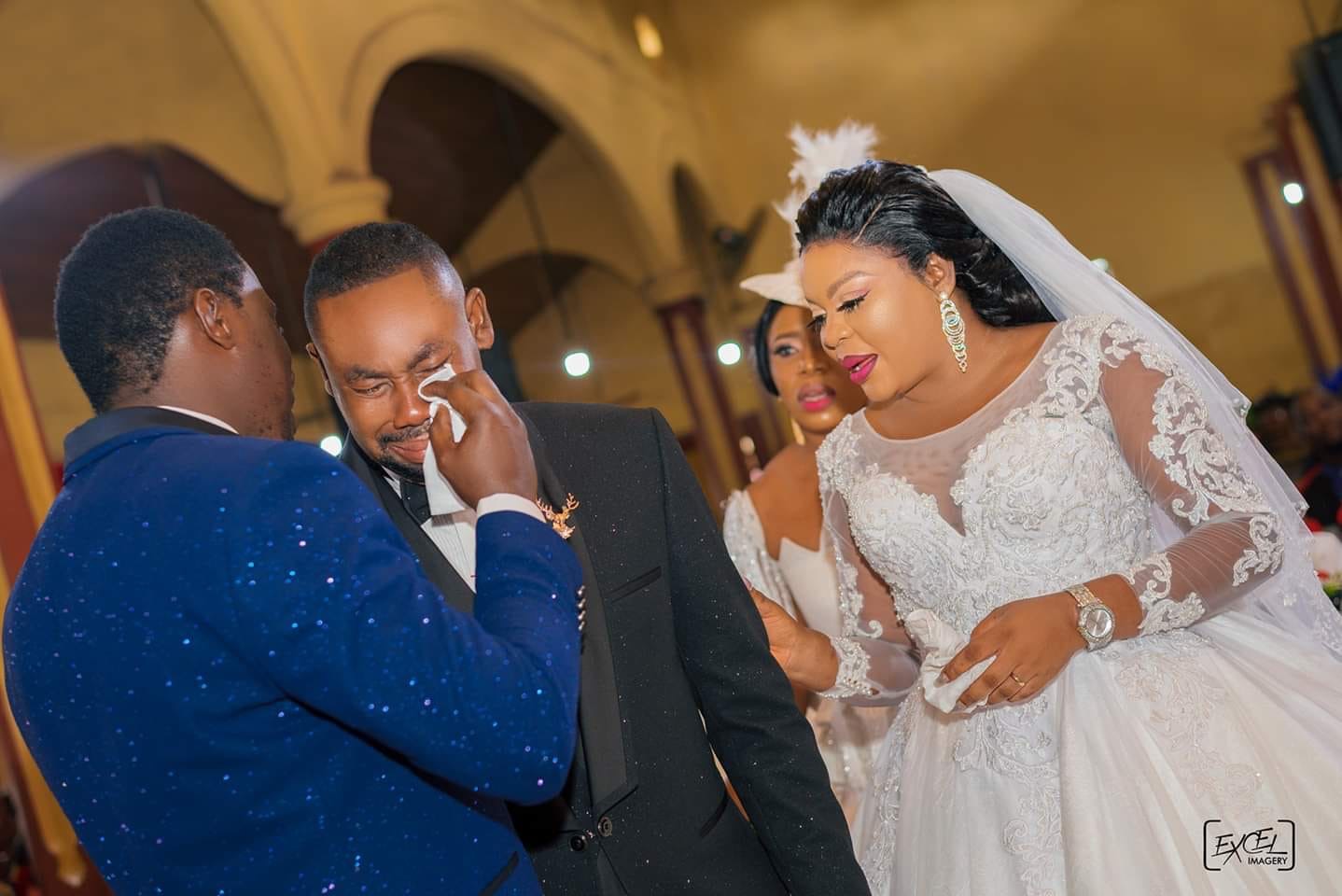 Last weekend’s wedding between Iddy Johnson and Ukfashionz N Styles was everything beautiful and remarkable. It didn’t end without leaving stories for bookmakers; from the colours, to the massive attendance, goodwill and resplendence it typified.

Then the big story- when the Groom caught flashes of emotions that brought him tears. This has given quite a lot of people what to speculate on, but of all opinions expressed, none has been strong enough to diminish the message in that moment.

For those who do not know the groom, not many thought he could pull through life to such honour on his wedding day. It has been a terribly trying past for him; from unsuccessful attempts at school to mockery his family were subjected to, because of his inability to get through school. There were times he was regarded as good for nothing.

Through the dark clouds of the scorns and insults he was dealt, his family stuck by him, showed him understanding and helped him find the light. In the end we could only behold the groom we last week celebrated because his family never gave up on him.

Today he hasn’t only graduated from school, he has a fledgling business venture that has made him the toast of the fashion industry. He isn’t only doing well in business, he has found love and is married to the woman of his dream.

Cutting the long story short, Ukeme’s moment of tears happened when he pulled off from a warm embrace with his father, who believed in him; on his arrival for the big day.

The tears were in order, Congratulations Iddy and Ukeme!