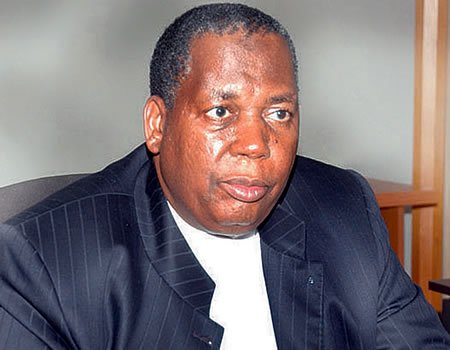 The Central Bank of Nigeria (CBN) in conjunction with the Nigeria Deposit Insurance Corporation (NDIC) has assured depositors and customers of defunct Skye Bank that their funds in custody of the lender remain intact and that there is no reason to worry. 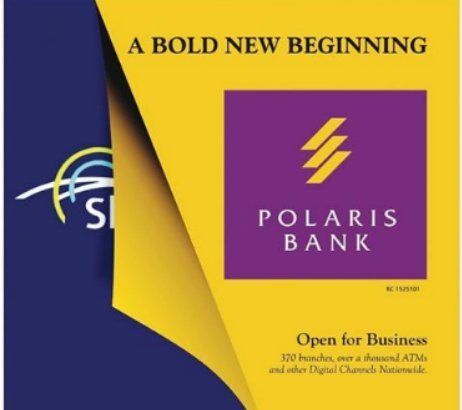 This assurance came as a result of shareholders’ inability to recapitalise the lender, leading to revocation of its operating license by the Governor of the Central Bank of Nigeria and the NDIC that has commenced the processes for Skye Bank’s liquidation.

Addressing newsmen in Lagos on Friday, Managing Director of the NDIC, Alhaji Umaru Ibrahim stated: “The NDIC hereby assures depositors and customers of the defunct Skye Bank PLC that their deposits are safe and hereby encourages them to continue to transact their normal banking business with Polaris Bank Limited.”

Also, Governor of the CBN, Mr Godwin Emefiele, who addressed the press in company of the NDIC boss and the Managing Director of the Assets Management Corporation of Nigeria (AMCON) said all depositors’ deposits shall remain safe and that normal banking services shall continue in the new bank on Monday, September 24, 2018, to enable customers to transact their businesses seamlessly.

By Monday, customers of Skye Bank shall be automatic customers of the new bank and their accounts and records duly purchased by Polaris Bank.

And because of the good performance of the board and management, the CBN shall retain them, just as all employees of Skye Bank shall be absorbed by Polaris Bank under a new contract unless any employee decides to opt out.

“We wish to assure the general public that the Nigerian banking industry remains safe and resilient and that the CBN will continue to live up to its responsibilities of promoting stability in the banking and financial system,” Emefiele stated.

The strategy is for the Asset Management Company of Nigeria (AMCON) to capitalise the bridge bank and begin the process of sourcing investors to buy out AMCON.

However, experts have expressed divergent views with some blaming failure of Skye Bank shareholders to recapitalise the bank as being responsible for the revocation of its operating license.

Others believed it was the decision to acquire Mainstreet Bank that brought the lender to its knees.

Reacting to the development, Professor  Joseph Ajibola, former President, Chartered Institute of Bankers of Nigeria (CIBN) opined that there was an understanding by the public that the shareholders of Skye Bank including Lagos State Government would beef up the capital base of the bank to enable it operate profitably and meet the critical regulatory ratios.

“This was not to be as the bank continued to rely on borrowings from the CBN to remain in operation. Hence, the decision of CBN to close its lending window against Skye Bank,” he noted.

Emefiele  told pressmen in Lagos that the apex bank decided to pull the plug out of the lender after “the result of our examinations and forensic audit of the bank have revealed that  Skye bank requires urgent recapitalisation as it can no longer continue to live on borrowed times with indefinite liquidity support from the CBN. The shareholders of the bank have been unable to recapitalise it.”

The focus of CBN’s regulatory action then was to save depositors’ funds and to ensure that the bank continued as a going concern, being a systemically important bank. Part of the apex bank’s intention was also to stem the imminent job losses to staff if a liquidation option had been adopted.

Following the record total impairment loss, which dragged seriously on its earnings, the bank’s bottom line moved to the negative territory as  it recorded N40.726 billion loss after tax compared to N18.717 billion profit after tax in 2014.

Analysts believe the challenge Skye Bank faced was mainly the unimpressive performance as recorded in its 2015 financial statements.

“One of the factors that may have impaired the bank’s liquidity would probably be its acquisition of Mainstreet Bank at a time it had also aggressively grown its risk assets, while the economy was moving into an economic downturn and now a recession,” a banking sourced observed.

Also, the earlier disbanded management sat atop several debts, which include those inherited from the acquisition of Mainstreet Bank Limited and others it brokered, leaving it in financial difficulties for many years.

Besides, its tight liquidity position left it at the mercy of the Standing Lending Facility (SLF)- a window for short term refinancing by the CBN for financial institutions, where it recorded more borrowings than its peers, even at higher rates.

Another twist a few years back was that Eleganza Industries Limited had asked a Federal High Court in Lagos to wind up Skye Bank Plc, following its refusal to pay N111, 732,000 debt owed to the company.

In the winding up petition filed by Eleganza’s lawyer, Michael Akinyemi in 2016, pursuant to Sections 408(d) and 409(a) of the Companies and Allied Matters Act CAP C20, Laws of the Federation of Nigeria, Eleganza alleged that in 2001 it leased a property to Assurance Bank which later metamorphosed into Afribank Plc, then later turned to Mainstreet Bank Ltd, which was taken over by Skye Bank Plc.

Nigerian Tribune recalls that this is not the first time nationalization of banks listed on the Nigerian Stock Exchange  is taken place. It was first witnessed in 2011 when the CBN in conjunction with Nigeria Deposit Insurance Corporation (NDIC) nationalized three banks namely Bank PHB Plc, Afribank Plc and Spring Bank Plc. These banks were renamed as Keystone Bank, Mainstreet Bank and Enterprise Bank respectively and were generally referred to as ‘Bridge Banks.’ A bridge bank is a bank authorized to hold the asset and liabilities of another bank, specifically an insolvent bank.