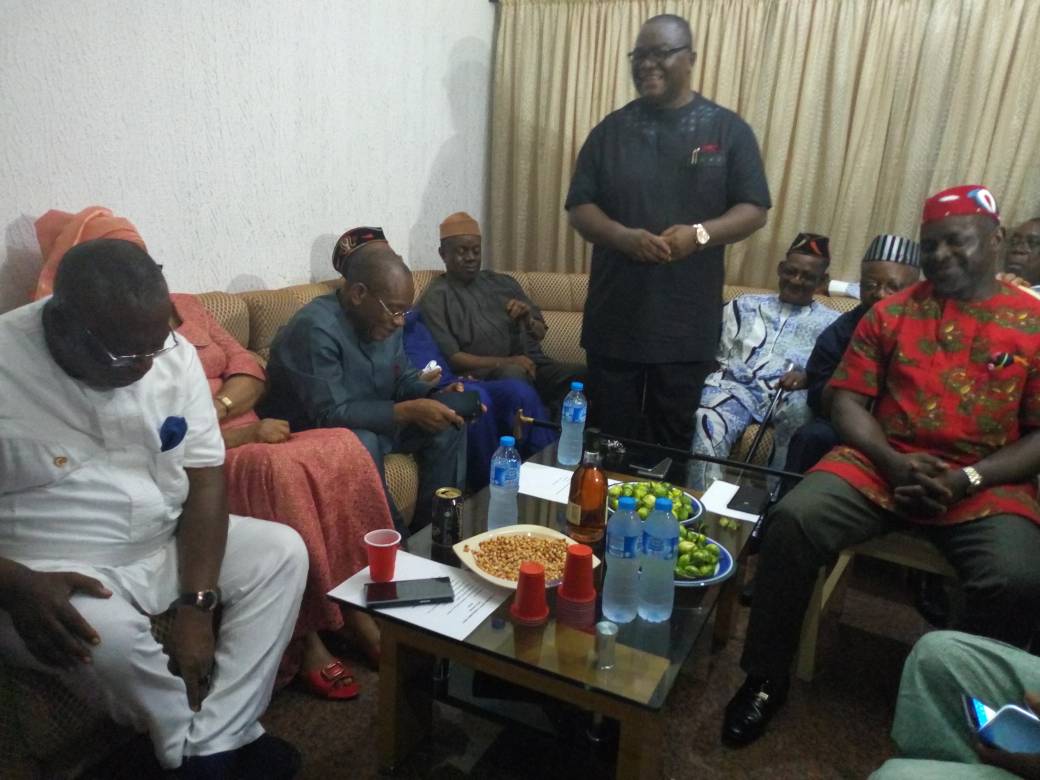 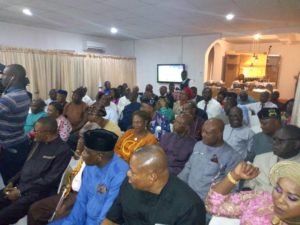 The Eket district leaders led by Chief Nduese Essien said the visit was informed by the need to consult and formally seek the support of the Uyo Senatorial District to their son, Governor Udom Emmanuel to enable his smooth sail in 2019.

Chief Essien said that despite the challenges, Governor Emmanuel has exhibited high level of integrity and impactful leadership, culminating in the Agricultural, industrial and infrastructural developments in the state.

“We believe the Governor has done very well in his first term, he has reached a stage where he will perform even better in the second term based on the foundation he has laid.”

He described the Governor as a detribalized leader who has remain focused in the discharge of his responsibilities, adding that the people of Eket senatorial district will stick with him to complete the remaining four years. 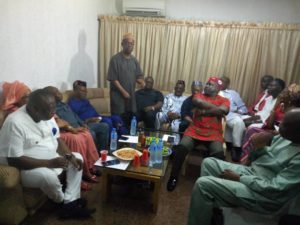 Receiving the delegation, the Chairman, Board of Trustees of Uyo Senatorial District Elders Forum Otuekong Idongesit Nkanga thanked the Eket leaders for strengthening the bond of unity between the two districts.

Nkanga, a former Governor said the people of Uyo were better off under the leadership of Governor Emmanuel and would campaign to ensure he receives maximum support in all the nine local governments in the district.

The Chairman of the Divine Mandate Campaign organization said his people are waiting for their turn by 2023, and will resist any attempt by anyone to present any candidate other than Governor Emmanuel in 2019.

“Anyone seeking election for any other office, must tie his interest to Governor Emmanuel’s second term, in order to get our ears,” Nkanga added.

Others who spoke at the occasion, including Senator Anietie Okon, Senator Effiong Bob and Chief Ekpe Atakpo who is the Leader of the Forum, and Dr Val Attah, all re-iterated their resolve to support the Governor’s re-election, maintaining that the consultation by their counterparts from Eket was a mere formality.

“We had last year endorsed the Governor for a second term and we are only reminding the state that we are unanimous with our brothers from Eket senatorial district in that support for Mr Udom Emmanuel,” said Chief Atakpo.

Highpoints was the customary presentation of a life cow, some drinks and yams by the Eket leaders. 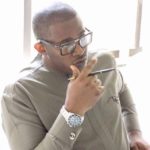