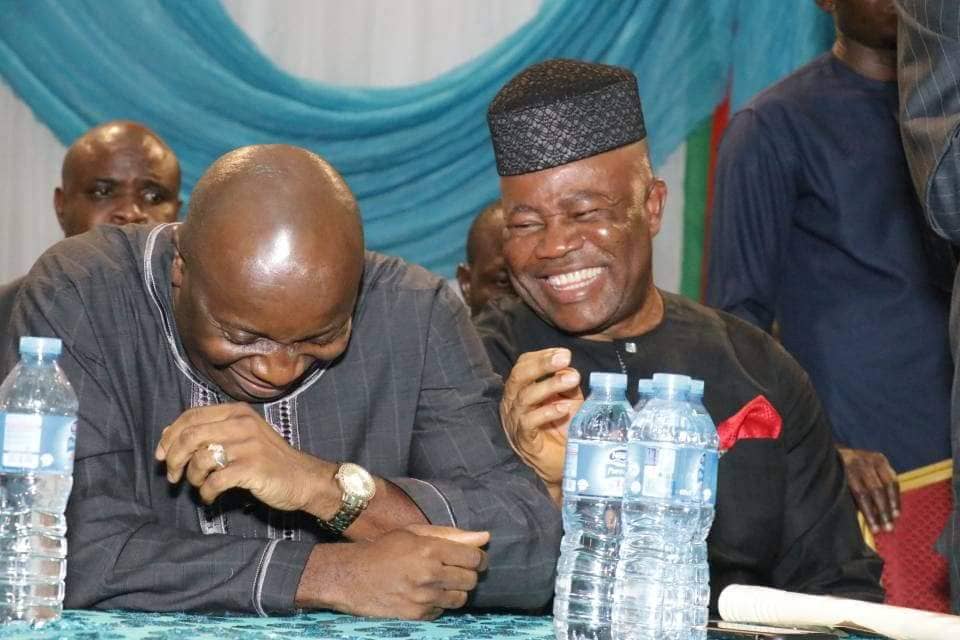 As part of the “Warsaw saw war” strategy of Senator Godswill Obot Akpabio and his new party, the All Progressives Congress (APC), to capture Akwa Ibom State at all cost, plans are allegedly being mooted by the uncommon defector to get the Akwa Ibom State Resident Electoral Commissioner, (REC), Mike Igini, out of the state before the 2019 general elections.

Akpabio and some top leaders of the party are alleged to be mulling the fact that with Igini superintending over the general elections in Akwa Ibom State, then they could as well bid their boast of capturing the governorship seat of the state goodbye.

Our correspondent who eavesdropped on a conversation between three die-hard supporters of Senator Akpabio at a popular hang-out/ joint in Ewet Housing Estate, Uyo reports that the APC chieftains while arguing about the massive endorsements of Governor Udom Emmanuel for a second term by different political, social and religious groups across the state, maintained that with Igini on the saddle over the 2019 elections in Akwa Ibom State, then their party stands no chance in winning the general elections.

According to our reporter, the trio were concerned that Igini who is rated as one of the very best RECs in the country and an apostle of free and fair elections in Nigeria will work assiduously to block all methods to rig the forth coming general elections in the state.

One of the politicians is said to have disclosed to his friends that their boss had equally stated that the issue must be raised with some unnamed national leaders of the party to work on the option of swapping or general transfers of RECs across the country with a view to posting to Akwa Ibom State, a REC who would be more pliant to their shenanigans during the general elections in the State.

Igini is reputed to be a no nonsense and straight forward Electoral Commissioner with zero tolerance for any form of electoral heist.

Our reporter further reports that the three APC chieftains may be afraid that with the no-nonsense approach of Igini at the recently held Enlarged Stakeholders’ Forum in Uyo early this month where the REC cautioned “politicians who might have plans to rig the 2019 general elections to desist because INEC of today has evolved beyond rigging.”

Igini is reported to have matter-of-factly told the political stakeholders at the meeting that “INEC has advanced to a level where every political process is being tracked now across the country.”

“We must conduct an election that will be accepted by the people without recourse to the tribunals. We have done it elsewhere and we will do it here in Akwa Ibom State,” Igini stated at the Forum.

This assurance by the REC may have sent cold shivers down the spines of those politicians who may have concluded plans to rig the 2019 general elections, hence the recent boast by Senator Akpabio to replicate the same action of Adolf Hitler in Poland in which he reportedly killed more than six million Jews and 850,000 Polish citizens, in a battle commonly referred to as “Warsaw saw war.”