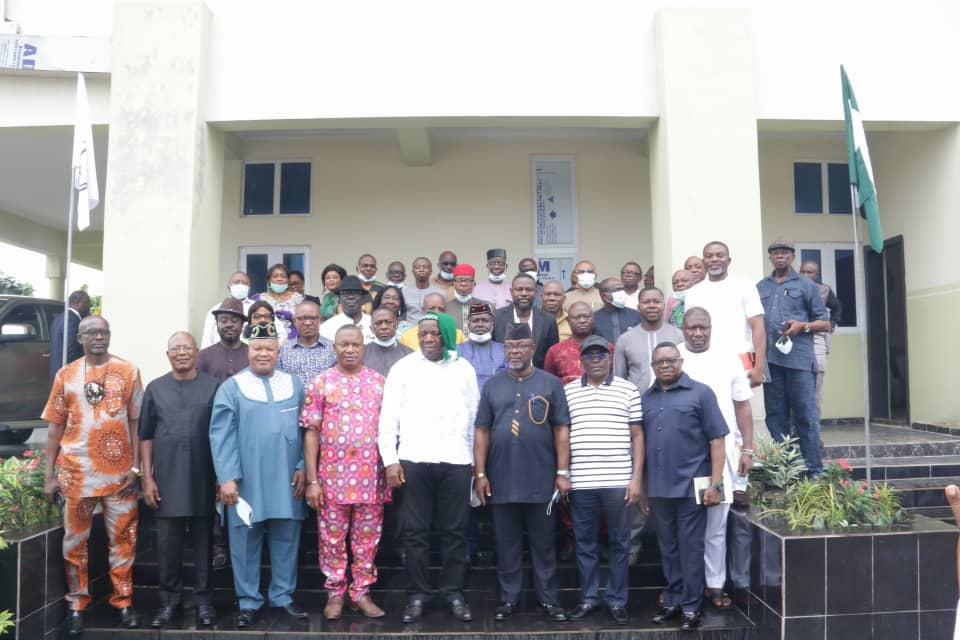 …make case for Itu Federal Constituency over 2023 governorship poll
…says the imposition of any candidate will destabilize the state.

In furtherance of their avowed determination to ensure that due process is followed religiously sequel to the 2023 gubernatorial elections in Akwa Ibom State, Eastern Ibibio Peoples Association has made a case for Itu Federal
Constituency noting that the Federal Constituency is due and ripe to produce the next Governor of Akwa Ibom State.

The group revealed that any further attempt made by individuals or groups hiding under the corridors of powers, sponsored by any politician to thwart the already established zoning system in the state or impose any preferred governorship candidate on the people will not only mar the Victory of the
People’s Democratic Party (PDP) in the upcoming general elections in different respective positions but will destabilize all the existing political structures and in turn cause chaos amongst political parties which will be detrimental to the growth and development of the state.

Eastern Ibibio People, a conglomerate of four Local Government Areas, during a courtesy call on Monday to Ati Annang Foundation, sought for their support and backings ahead of the forthcoming gubernatorial election in Akwa Ibom State.

The group which is drawn from the Eastern part of Ibibio land comprises of Itu, Ibiono Ibom, Ikono and Ini Local Government Areas respectively with a formidable leadership of past political leaders in each of the Local Government Areas whose aim is based on the agitation for atransparent and open zoning system of governorship position to Itu Federal Constituency.

The group noted and bemoaned the state of political and developmental
marginalization meted on the area since the introduction of civilian rule describing it as a gross marginalization to the political, social, economic and
cultural history of the Eastern Ibibio people.

He disclosed that, the four Local Government Areas making up the Eastern Ibibio have suffered ignominy and setbacks in the inclusion of their people in the mainstream of governance and high profiled or key political positions and this has resulted in lack of development in the area most particularly in the area of social amenities which happen to be the core responsibilities of any democratic government.
“As we speak, Eastern Ibibio people are the most neglected, forgotten and marginalized Local Government Areas in the entire Akwa Ibom State. They lack financial institution, infrastructural development, good road network,
functional primary or secondary health care facility”. He decried.

He noted that Ati Annang Foundation has over the years evolved into a strong, formidable and influential pressure group in the state and lauded the current leadership of the organization led by Rt. Hon. Udo Kerrian Akpan KJW for sustaining the legacies of its predecessors for some decades since the establishment of the organization.

In their separate remarks, Dr. Nsima Edet, a former Chairman of Itu Local Government Area and Squadron Leader Effiong Benson, a retired Air force Officer, stated that, the four Local Government Areas have suffered all forms of social and political oppression which is against the tenets of democracy in a democratic setting of any State.
Rt. Hon. Udo Kerrian Akpan, the International President of the organization and Sir, Emem Akpabio, the BOT Chairman expressed delight stating that the organization feel honoured with the recognition bestowed on by Eastern Ibibio People which they admitted that some years ago they were also in the same movement and recalled how the Eastern Ibibio People stood with them during the race in 2007.

They duo on behalf of Ati Annang Foundation assured them of their total support while promising to get back to the group in no distance time.