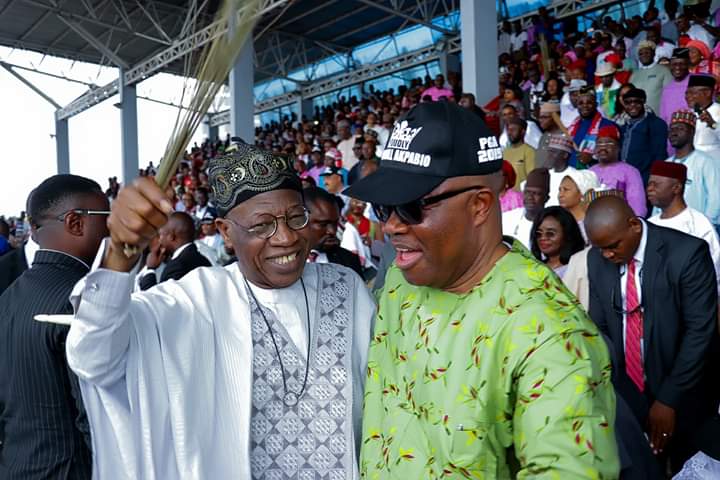 A public affairs analyst, Dr Ekemini Okonnah says the defection of Senator Goodwill Akpabio from the PDP to the APC, has made more money available for the Akwa Ibom state government to develop the state and provide basic dividends of the democracy to the people.

Drawing inferences from recent developments, he posited that funds hitherto collected monthly by the former Governor and other undue influence have been arrested.

Dr Okonnah who was reacting to the donation of brand new utility vehicles by Governor Udom Emmanuel to Local Government Chairmen and Paramount Rulers in the state said, this may not have been possible if Akpabio was still in the PDP because these were funds he probably used to collect monthly to the detriment of the state and its citizens.

“No matter the propaganda by the APC, the truth remains that with Akpabio’s exit, the Governor now has more funds to tackle issues that affect the people.

“Today, more retirement benefits are paid. Most of them date back to the Akpabio era where we had oil boom yet these entitlements were not paid to our senior citizens who put in a greater part of their productive life in the service of the state”.

He explained that when Akwa Ibom people see some fake critics of the Governor who will rather not see anything good at efforts made by the state government at developing the state, the people must first understand where they are coming from as having drank from Akpabio’s ‘poisoned chalice’, the people should not expect some critics to see clearly as rational people ought to do.

“One thing is clear, Akwa Ibom will continue to witness development and dividends of democracy courtesy of the Governor because these were monies that before now went to Akpabio on a monthly basis. Today our Local Government Chairmen have brand new SUV’s and same applies to our Paramount Rulers.

“These were monies Akpabio was collecting monthly from the state coffers but will not shameless admit. I have been told that he got billions of naira monthly in contracts which he never executed, yet today he says he is a “nationalist” in APC. Unfortunately, most critics lacks shame, honour, a sense of history and integrity to criticise the Governor”, he said.

He said, with Akpabio out of the way, Governor Emmanuel will not relent in his avowed commitment to industrialise the state and impact positively on the lives of the people whose mandate he holds in trust. He called on Akwa Ibom people to remain steadfast and resolute and continue to support the Governor against his opponents whom he described as political contractors who are out to play god with the destiny of Akwa Ibom people.

Hear him, “Akwa Ibom people know who is sincere and who is a gambler. They know who to support come 2019.

“Did someone not promise us 31 industries, Ibaka Deep Sea Port, Tropicana and lots more and looted our common wealth without fulfilling any of his promise?

“Governor Emmanuel on the other hand is a man who has kept his promise on industrialisation, on empowerment, on peace and security, on job creation, and many more and the people will support him come 2019 no matter the level of propaganda, threats and intimidation from people who once held power but used it for themselves and their families alone”.

“Akpabio’s greed undermined the state because he stole more than he even needed and today, he cant access most of the stolen funds he stashed away so of what use was all these thieving of our common purse? When I see hypocrites deride the Governor and praise Akpabio, you see a man who has sold both his conscience and sense of reasoning for a plate of soup.

“If there is one man who raped and abused our treasury, Akpabio is that man. The Governor can not and will never be flamboyantly frivolous with public finds to the detriment of the state but will rather utilise it for the greater good of the people”, he said.