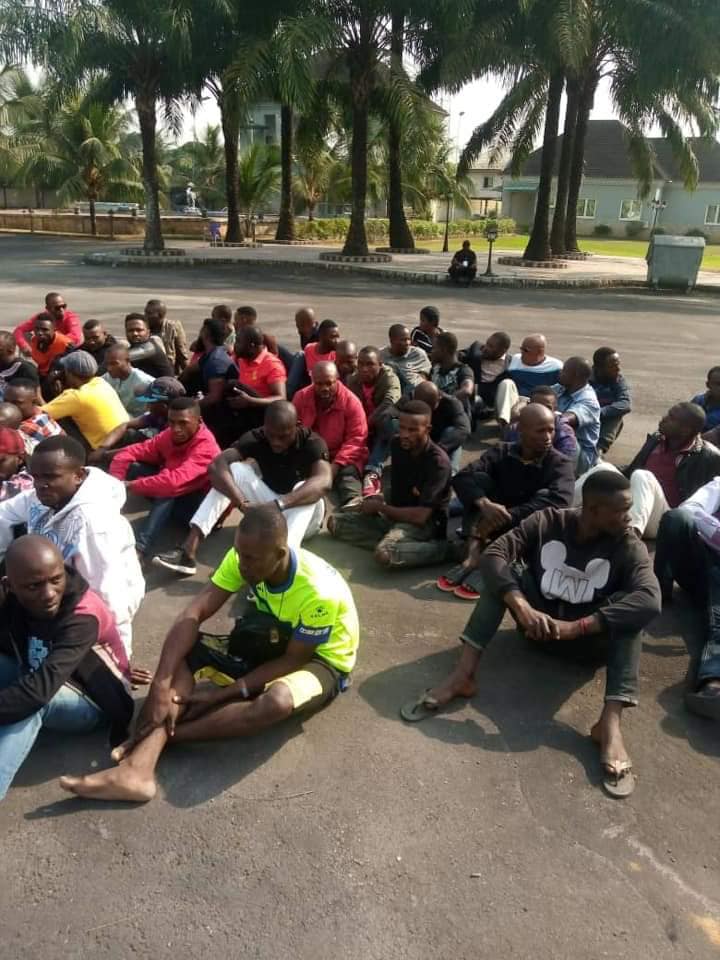 A total of 25 NYSC members serving as electoral Adhoc officers were rescued from the residence of Senator Godswill Akpabio’s brother during the just concluded rerun elections.

A report of the rerun elections, signed by the state police public relations officer Nnudam Frederick indicated that 79 suspected thugs were arrested at the site of the crime.

The police maintained that, “Acting on a distress call that INEC Supervisors and Ad-hoc staff, security agents attached to Ward 10, Unit 6 were abducted and the electoral materials seized and diverted to a premises at Ukana Ikot Ntuen in Essien Udim Local Government Area, later identified as the residence of one Ibanga Akpabio, the DCP in-charge of Operations, Akwa Ibom State Police Command, DCP Auwal Musa Muhammed swung into action and rescued twenty-five (25) corps members and twenty-one (21) security personnel.

“All the electoral materials (were) recovered and seventy-nine (79) suspects arrested at the aforementioned residence.

The police spokes person assured that, “Investigation is in progress and further development will be communicated promptly.”

He confirmed that despite the skirmish recorded, the election was generally peaceful with Senator Godswill Akpabio scoring 83,820 votes thereby losing to Senator Chris Ekpenyong who scored 134,717 votes to emerge as the Senator for Akwa Ibom North West Senatorial District.

He also confirmed that with only 7,105 Votes
Hon. Emmanuel Sunday Akpan lost to Hon Nsikak O. Ekong who was declared elected with 45, 366 votes.

His report also affirmed the victory of Esse Umoh of the PDP over Nse Ntuen of APC with 7,105 votes for Hon. Nse Effiong Ntuen and 18,999 Votes for
Hon. Esse Gerald Umoh.

The police appreciated the people of Akwa Ibom State, particularly Essien Udim Local Government Area for conducting themselves in a peaceful manner, and also commended all security agencies, candidates, the Press and stakeholders for their efforts in making the exercise successful.