During the yuletide, i seized the opportunity away from work to spend quality time with youths in my area, that is where i heard this testimony that i can’t keep to myself.

I met a famous and hitherto troublesome youth leader in Mkpat Enin, from his physical appearance there were evidences that things have changed for the better.

We didn’t talk up to 5 minutes when he offered to buy me any drink of my choice (someone that used to tax me whenever we met) so i enquired, “yaka mmi what is the secret”.

His answers were “Akpan, i am working in coconut plantation as one of the supervisors. I tell you my life has changed for over a year now since i began to work there”.

Such was a shocker, so i enquired, are they paying well like that, i thought they say the place is not functioning?

“Leave all those people, i am waiting for them at the polling unit. Da, me that never stayed for three months without being arrested by the police for violence due to joblessness, da amediongo awo una utom ado awo iyadesit, Akpan i have built a house ooo… Akpan i collect 65K before 30th of every month, while part of the salary is kept for us, i supply sand and other supplies for the company, my brother go round this village, and other villages in this Mkpat Enin, sanga se mkparawa danga ekob inem unam utom.

Those were his direct words.

Let it be known that Mkpat Enin Local Government is the home of St. Gabriel coconut refinery, coconut plantation and Ekim Power substation. These three firms draw their employments mostly from Mkpat Enin, Ikot Abasi and Eastern Obolo Local Government Areas and they have a combined staff strength of over 500 workers who earn from 50, 000 naira and above. It is difficult to find a family in Ikot Abasi Federal Constituency that has no relation working either in coconut plantation, coconut refinery, Ekim power substation, Akwa Ibom State University or any of the factories in nearby ONNA.

I also listened to Dr. Anny Asikpo being interviewed by Mr. Michael Bush on COMFORT FM on Wednesday, 3rd January 2019, he said that he took a walk to PLASTIC FACTORY at ITU and he spoke Igbo language to the workers in attempt to ascertain if non Akwa Ibomites were hired to operate the firm, only for the staff who identified him to begin listing their origins as ITU, UKANAFUN, IKOT EKPENE, IKONO Etc.

It is save to say, that the 15 new industries scattered across the state are putting food on tables of common men.

Yes, the government before this one empowered a lot of Politically Exposed People (PEP) with millions of naira and car gifts, boys were turned to men (though some men have become boys again and defected) but this present government has given hope and a new life to the common man without a noise.

In such an economy as this, creating jobs seem more pertinent than giving out cash and cars to politicians.

Anny Asikpo said, “the only time the last administration employed into the civil service, 85% of those employed were Igbo people, but Udom has employed 6000 people into primary and secondary schools, all Akwa Ibomites”.

One can conclude that through the new 15 industries, Akwa Ibom state civil service, Ibom Air (which is currently recruiting) Gov. Udom Emmanuel has quietly employed and put food on the tables of over 10,000 Akwa Ibom people.

This is a government that is securing the hope and future of a common man and not that of politicians alone. 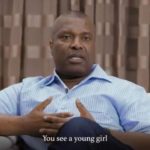 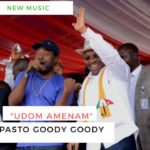