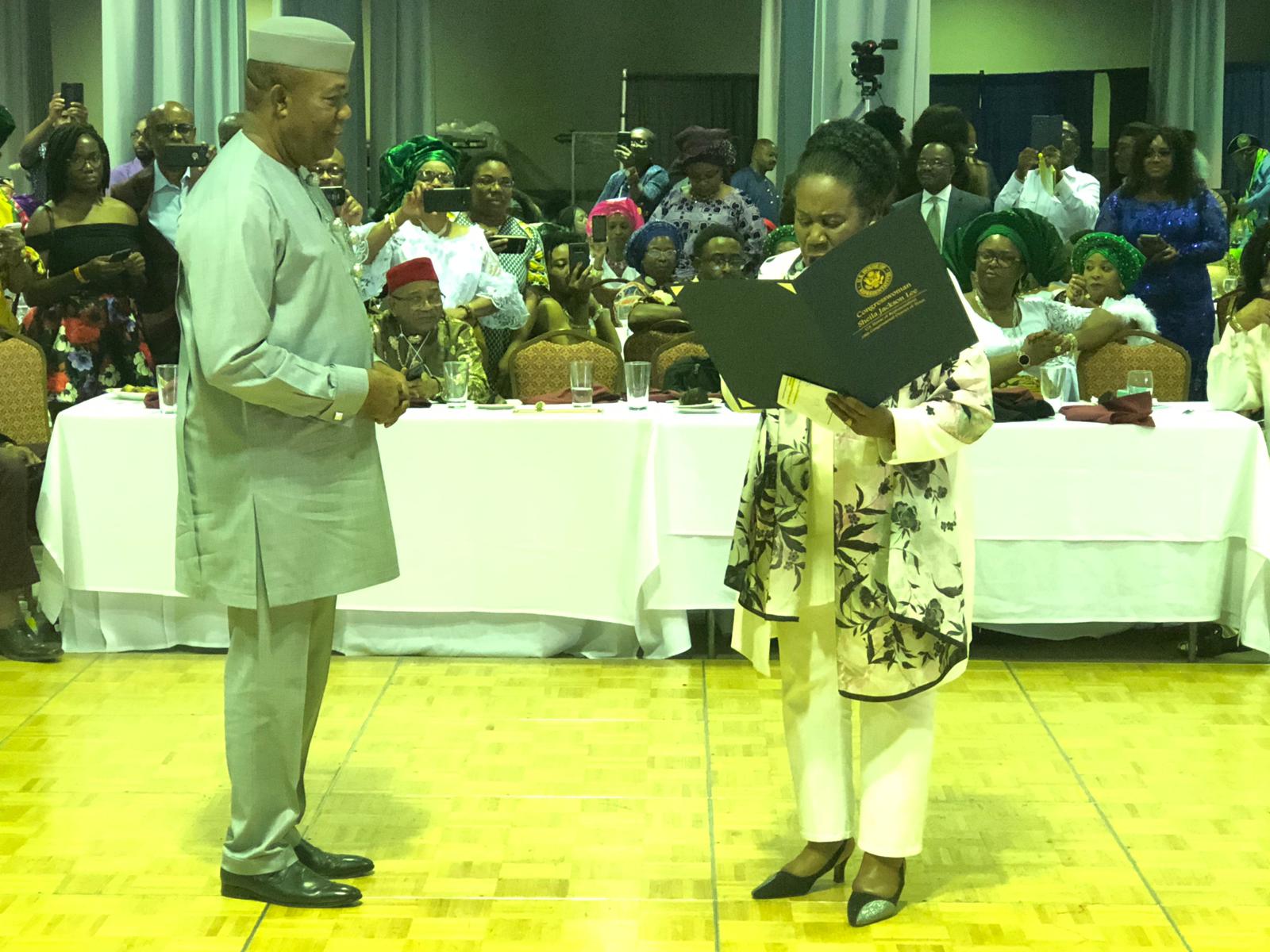 The Governor of Akwa Ibom State Mr. Udom Emmanuel has been honored by the United States Congress for his industrialization policy in the state.

The award was presented to the Governor by Senior Chief Deputy Whip of the House of Representatives, Congress Woman Sheila Jackson Lee during the 32nd Annual Convention of Akwa Ibom Association of Nigeria (AKISAN), USA Inc, 2019 held at Houston Marriott Westchase, Houston Texas, over the weekend.

The award was received on behalf of the Governor by the Secretary to the State Government Dr. Emmanuel Ekuwem.

Sheila Jackson who is currently the U.S. Representative for Texas’ 18th congressional district, currently serving in her 13th term in the House, appreciated the efforts of the Governor for turning Akwa Ibom State into an industrial hub for investments.

Delivering her speech, she also appreciated the President of AKISAN, Lady Margaret Itauma for putting together such a great congregation of persons with one mind, “As the founder of Nigerian Caucus in the State Congress fighting for Nigerians in the United States, I encourage all of you living in the US to fill out your Census because one who is not counted is not here and he’s not heard”, she added.

She extended the humble greetings from the United States Congress to the Akwa Ibom State Governor Mr. Udom Emmanuel, describing him as a leader and an agent of change who has turned Akwa Ibom State around and added that Governor Emmanuel is a remarkable example of democracy, prosperity, and opportunity for all.

Responding, the Secretary to the State Government, Dr. Emmanuel Ekuwem representing the Governor, appreciated the United States Congress for the support and lauded Mrs. Lee for championing the course of Africans, Nigerians and Akwa Ibomites in particular.

Dr. Ekuwem stated that the Government looks forward to a continual relationship with the US Congress.