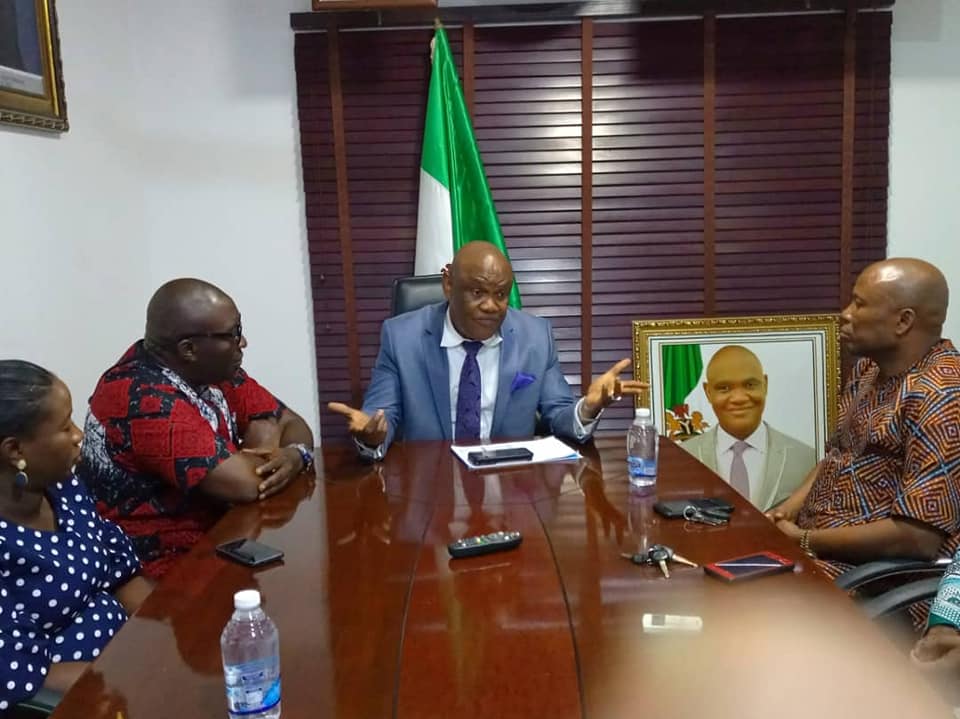 It was a moment of elated bliss and celebration of victory, when the new Executive Council, Nigeria Union of Journalists (NUJ), Akwa Ibom State, paid a solidarity visit to the Grand Patron of the union Zone – F (South South), Mr. Ephraim Akparawa Inyang-Eyen.

Inyang-Eyen, who is the Commissioner for Works, Akwa Ibom State, was awarded the Grand Patron of the NUJ Zone F( South South Nigeria) in November 2017 and has over the years, helped and supported the media through human capacity development and patronage. He has, however, promised to do more for the Amos Etuk led NUJ in Akwa Ibom.

The new executive council came into existence after a peaceful election on Friday, 2nd August 2019, at the NUJ Press Centre, Uyo.