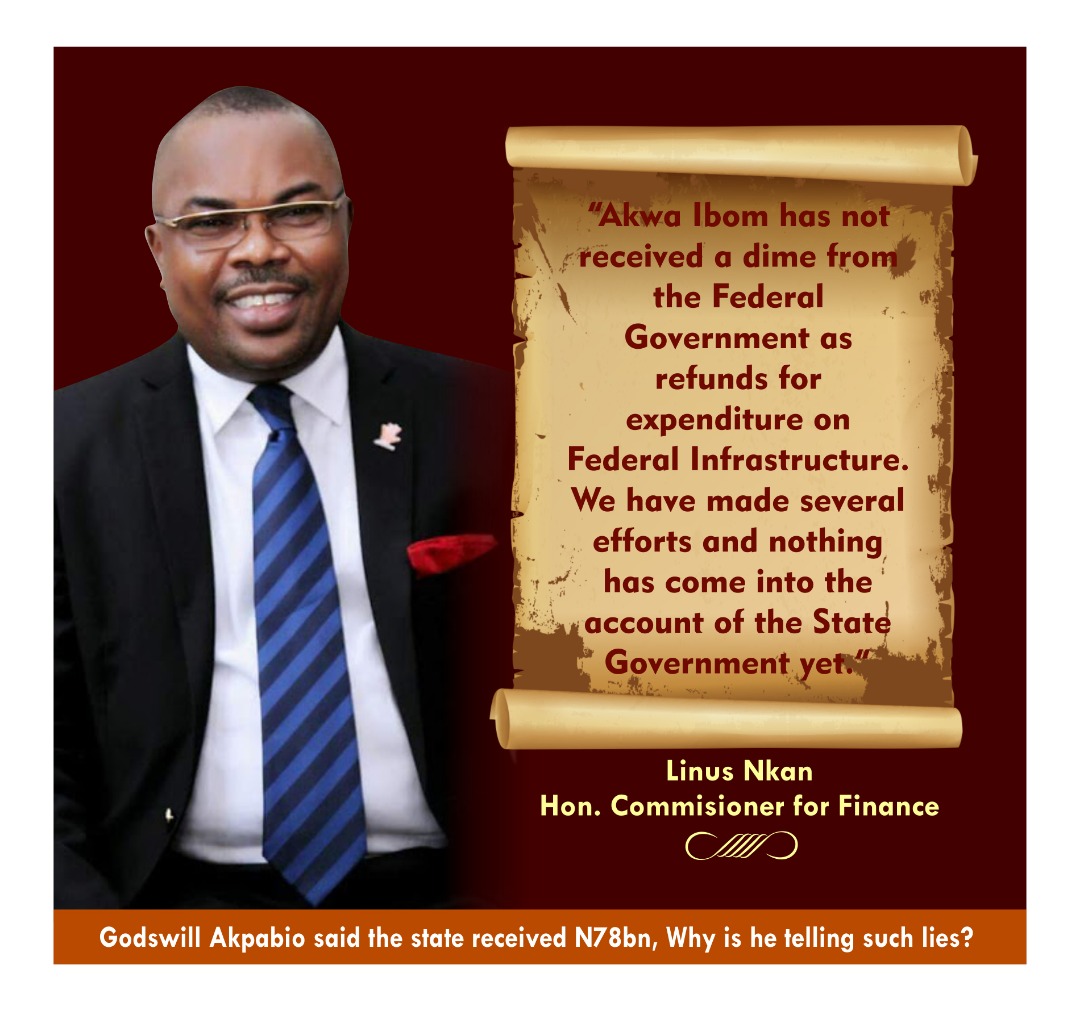 Contrary to the lies being spewed in a section of the media, no funds has come into the coffers of the state government as repayment for expenditure on federal projects since the advent of the Udom Emmanuel administration in 2015.

The Commissioner for Finance Mr. Nsikan Linus Nkan who disclosed this in Uyo said the state Government has made several applications and has even gone for verification exercise of its claims, however it has been a zero percent response from the federal government.

An opposition leader in the State Senator Godswill Akpabio, in a recent interaction with newsmen had alleged that the federal government has refunded N78billion to the state government for federal roads constructed during his administration.”

“While I was in the Senate, they brought approval. N78 billion have been approved for Akwa Ibom State Government for the Federal roads that I did. We built a brand new Federal prison and it cost N3.2 billion. The Federal Government is also refunding that money to us”. Senator Godswill Akpabio told some supporters from Essien Udim on Wednesday.

But in a swift reaction, Mr Nsikan Nkan who was shocked at such news, said the state has made several presentations to the national assembly and other relevant federal agencies, but till date, no money has been refunded to the state.

He re-iterated that Governor Emmanuel runs a transparent and accountable leadership, buoyed by his high profile integrity records which have endeared him to global business community.

This is what has earned for the state the confidence of investors who have made Akwa Ibom a destination of sort, for several industries and economic activities.

The Finance Commissioner was of the opinion that people should be wary of opposition elements who go about telling lies without conscience in a bid to play on the sensibility and emotions of the public, adding that credible agencies abound where information can be cross-checked before being shared.